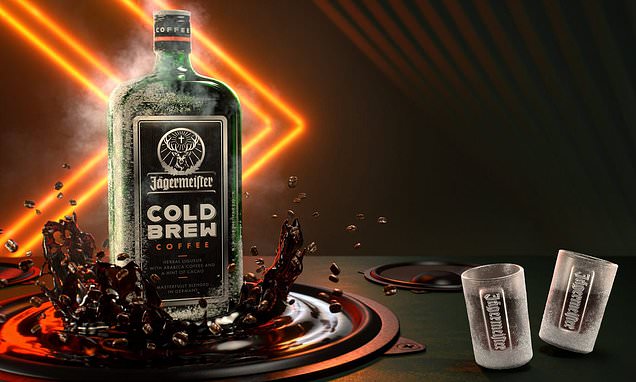 A boozy boost of energy! Jägermeister launches an alcoholic COLD BREW coffee that ‘defies expectations’ and is ‘geared toward shot lovers’

For those who love their shots in spirit and espresso form, Jägermeister is launching an alcoholic cold brew coffee early next year.

The brand announced that come January 2020, Jägermeister Cold Brew Coffee will hit shelves in the US and the UK for customers who want to let loose and get a little extra energy for the night ahead.

In addition to presumably containing caffeine thanks to the addition of Arabica coffee and cacao in the ingredients list, the new drink also has 33 per cent ABV. 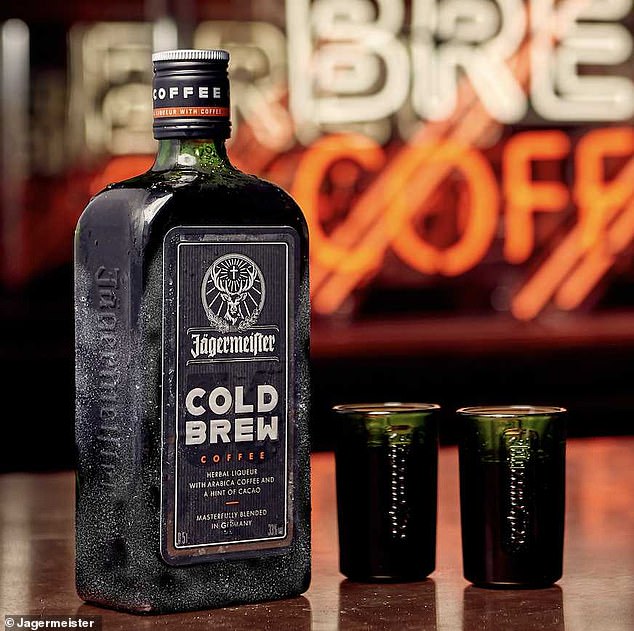 New year, new drink! Jägermeister Cold Brew Coffee will launch in the US and the UK in January 2020. In addition to Arabica coffee and cacao, the new drink also has 33% ABV 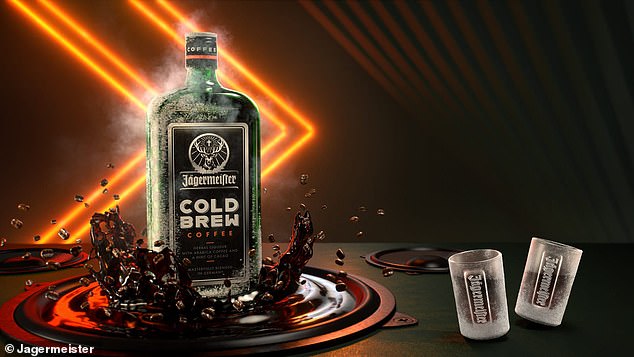 A tasty treat: According to a brand statement, the beverage has 33 per cent ABV, and contains the same 56 herbs, blossoms, roots, and fruits that are in traditional Jägermeister

This means that the alcohol content of the cold brew is two per cent less than the original liquor, which has an AVB of 35 per cent.

The brand says the alcoholic cold brew is ‘geared toward shot lovers’ and still uses its signature 56 herbs, blossoms, roots, and fruits.

Jägermeister’s new cold brew will also contain around 10 per cent of the caffeine that is found in a typical cup of brewed coffee, however, the brand noted that the caffeine content may vary slightly from bottle to bottle because of the kinds of beans that are being used.

‘Combining Jägermeister with coffee has been a fan favorite for years, so we wanted to perfect that experience for our consumers and create a product where those flavors were perfectly balanced,’ Jack Carson, director of innovation at Mast-Jägermeister US, said in a statement, according to Thrillist.

As reported by Food & Wine, the company’s chief marketing officer, Chris Peddy, also added: ‘We wanted to recruit a new generation of drinkers, and in order to do so, we knew we had to create the perfect liqueur to be enjoyed across numerous occasions.

‘Jägermeister Cold Brew Coffee presents consumers with a premium product that will embrace the unexpected and defy expectations.’

Jägermeister isn’t the only alcohol brand mixing up things up with cold brew.

In July, Bailey’s debuted 11-ounce cans of Irish Cream and Salted Caramel cold brew — but unlike Jäger, theirs isn’t alcoholic.

Other brands like Cafe Agave and Bad Larry’s also offer alcoholic cold brew, though there’s have a much lower alcohol content.

Meanwhile, in January 2018, it was revealed that Starbucks was offering alcoholic drinks as part of a secret menu at its Reserve Roastery in Seattle, where customers were given the chance to order off-menu cocktails containing liquors such as vodka, whiskey, and bourbon.

Alcoholic drinks were also added to the menu at the company’s New York-based Reserve Roastery, which opened in December.