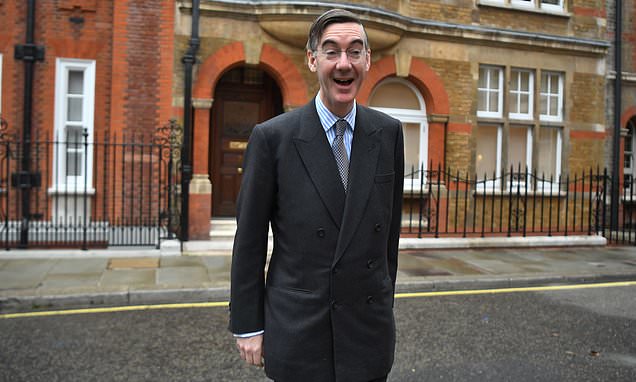 BLACK DOG: Jacob Rees-Mogg is down to his last £5million as he complains of struggling to make ends meet

Jacob Rees-Mogg needs to work on his ‘common touch’ skills. The high priest of Brexit, who led calls for Mrs May to be toppled last week, has complained that he is struggling to make ends meet. The multi-millionaire told the Sydney Morning Herald: ‘Nobody can afford to live in London. I’m not sure I can! I wish I were joking.’ Given Jacob’s property portfolio includes a £5 million townhouse in Westminster, Dog trusts he’ll be fine… 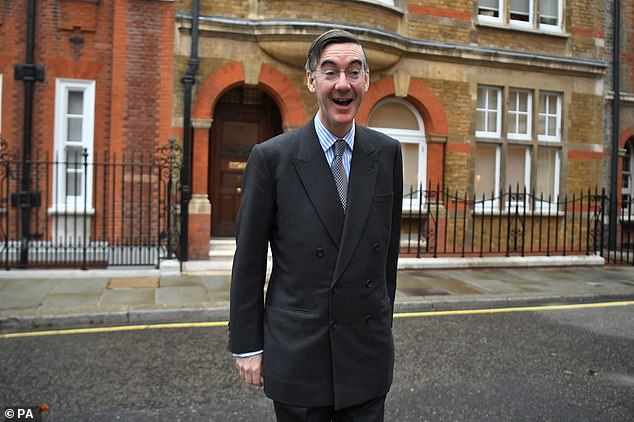 Jacob Rees-Mogg in Westminster, London this week as he made his views clear on Theresa May’s draft Brexit agreement

Peace has broken out between Tory MP Mark Garnier and the ex-aide he called ‘sugar t**s’. Caroline Edmondson, left, who complained that Mr Garnier had used the disparaging moniker in front of multiple witnesses – before sending her out to buy a sex toy – says the pair ended their near decade-long feud at a Commons reception for the British divers who led the rescue of boys trapped in caves in Thailand. ‘It made us realise that life is too short!’ she told Dog.

Michael Portillo’s rubbishing of Mrs May’s Brexit deal as ‘worse than staying in the EU’ will have been particularly painful for Downing Street communications supremo Robbie Gibb. Back in his days as a Tory HQ staffer in the late 1990s, Gibb’s computer screen-saver was a picture of the then heir apparent for party modernisers… the blessed ‘Miguel’ himself.