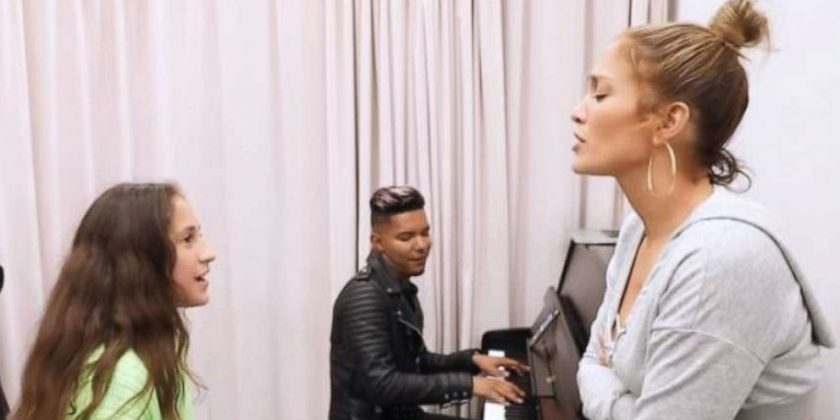 Jennifer Lopez recently shared a clip that proves that her daughter is following in her and ex-husband Marc Anthony’s footsteps.

In the YouTube video, their 11-year-old daughter Emme sings a few verses of Alicia Keys’ 2003 hit “If I Ain’t Got You,” and it’s clear she’s musically talented.

Lopez looks on as Emme performs, helping her with the notes along with a vocal coach, and hugs her when the performance ends.

“We should have her come out and do something on tour,” Lopez says about her daughter to the impressed onlookers in the rehearsal room.

The global superstar also included Emme as an extra in her 2018 music video for “Limitless,” a song featured in her film “Second Act.”

“She did it and she did not give up,” Lopez said about Emme’s appearance during a December 2018 visit to “Good Morning America.”

“[She] is my favorite thing about the video,” she added.