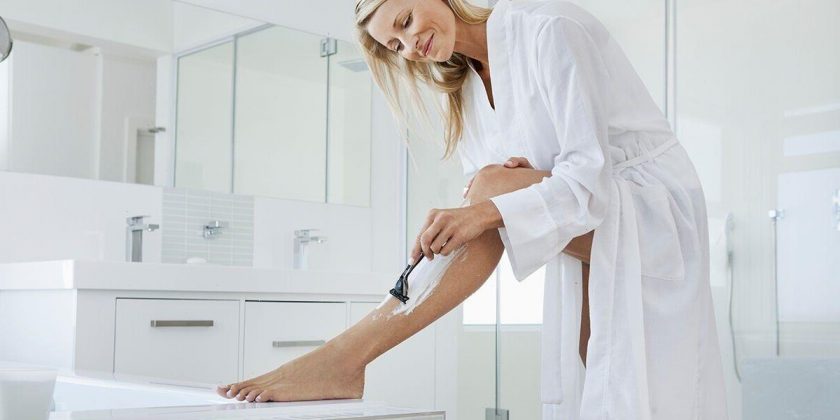 TikTok creator Char who runs the page @charmakeupnz said she thinks she may have been shaving her legs the wrong way for years after discovering a “quick and easy” hack. The freelance makeup artist from Wellington, New Zealand, shared a video showing off her hack for speedy, smooth legs.

The tip not only speeds up the shaving process, but also shaves on water, because Char actually turns off the shower while shaving rather than leaving it running.

She explained: “Instead of running the water the whole time and shaving a row and then rinsing it under the water…you shave a row, glide the razor down.

“The hairs get pushed out as you glide up and down your legs. It’s so much quicker and so much easier.”

As well as being speedier, Char claims it’s also unlikely you will nick your skin. She said: “Before you ask I promise I’ve never cut my leg doing this.”

In a comment, Char noted: “I usually do this with a Venus [razor] that has the soap on both sides! Something with a bit of slip to it.”

The video caption added: “Cancel me if this is gross.” Her video has so far amassed 5,845 comments, with viewers divided over the hack. While some say they have been using the hack themselves for some time, others questioned how good it is for your skin.

“WHAT?! I am 33 and how did I not know this,” wrote one viewer. Another joked: “You also peel potatoes the same way.”

However, another user said: “Oh my God, that seems so dangerous.” Rather than requiring a special hack for a quick and easy shave, some users suggested investing in a new razor.

One user said: “Have you tried men’s razors before? They get so much closer and last longer than the ones marketed to women.”

A guide to the perfect shave according to Gillette Venus

Gillette’s experts recommend hydrating your legs before beginning to save. They suggest soaking your legs in a warm bath or shower for between three and five minutes to soften the hairs, which will, in turn, make shaving easier.

Next, apply a shaving gel. This will make sure your legs are moisturised and help the razor blade glide easily down. Using a gel will also help you to spot where you have already shaved, to avoid doing the same area twice.

Shave in long, steady strokes, making sure not to press down too hard on the skin. For the legs, follow the direction your hair grows. Be careful when shaving around bonier bras such as ankles and knees, and try bending your leg to keep this area of skin taut.

Straighten your leg when shaving the back of your thighs and remember to avoid pushing hard as this area can be prone to nicks.

Finally, finish off the process by moisturising your legs with a lotion or oil.