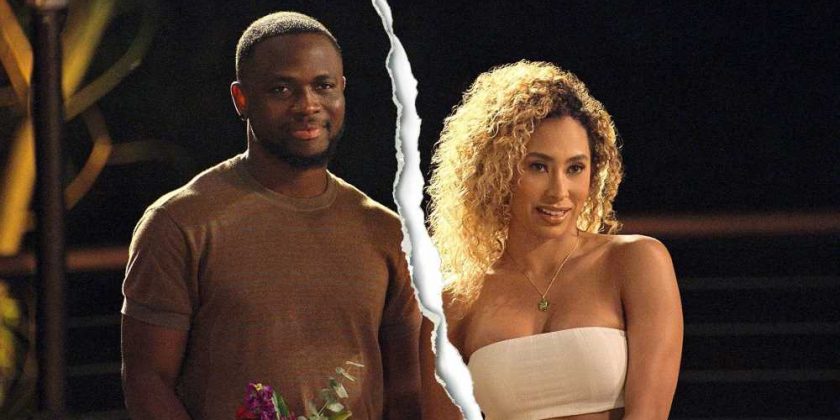 Love is messy. Love Is Blind‘s Raven Ross and Sikiru “SK” Alagbada have split amid accusations that he was unfaithful.

Which ‘Love Is Blind’ Couples Are Still Together?

“We are saddened to announce that we have decided to go our separate ways,” the Pilates instructor, 29, wrote via her Instagram Story on Sunday, November 20. “Due to on-going legal proceedings surrounding these allegations, we can not provide additional details and ask that you please respect our privacy during this hard time. Thank you for following our love story and believing in us.”

Raven continued: “This journey has forever shaped our lives and we are so grateful for everyone who has been a part of it. Your love and support means everything.”

The MBA student uploaded the same statement via his own account. News of their split comes shortly after both reality TV personalities wiped all photos of own another from their respective Instagram feeds. 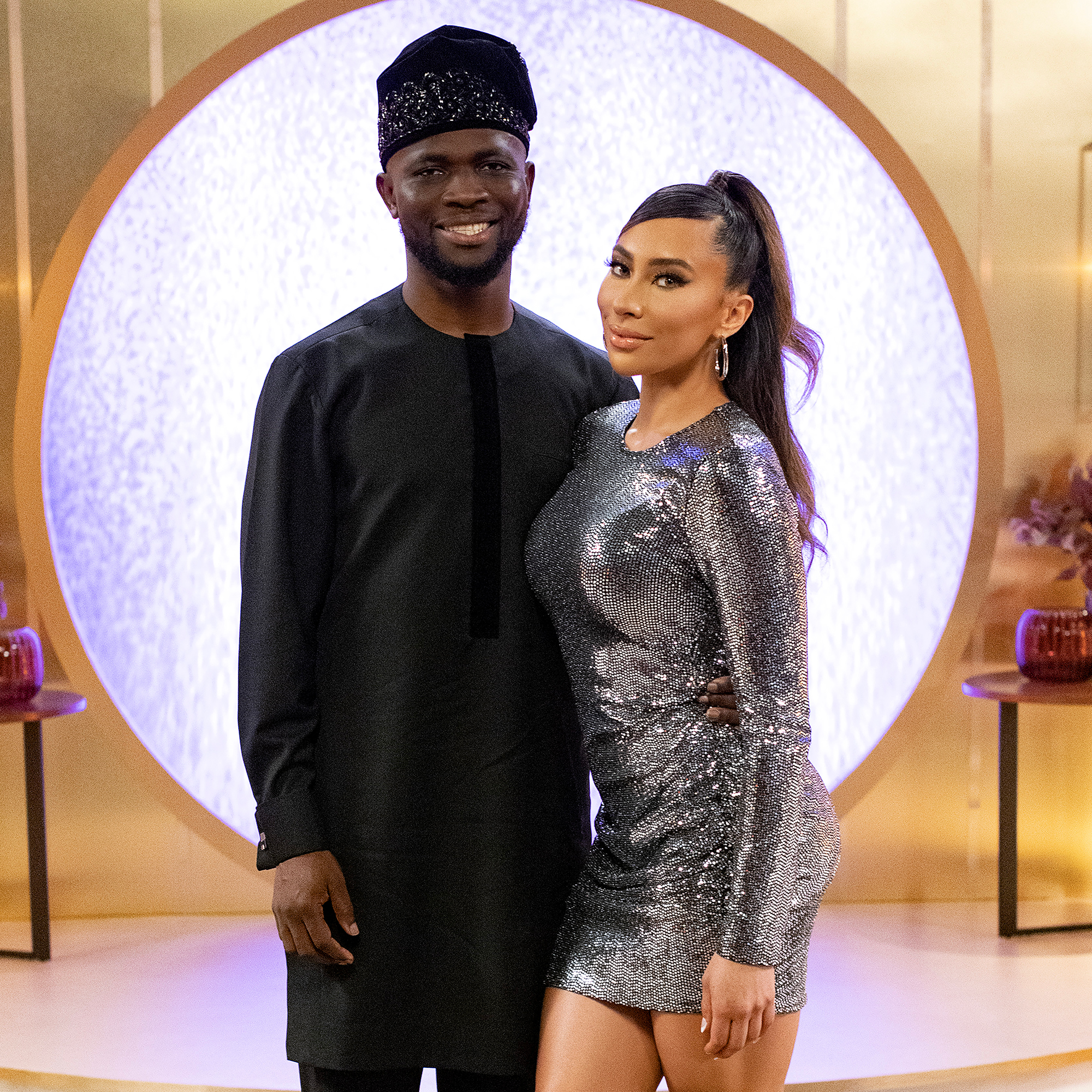 The now-exes connected during season 3 of the Netflix hit dating series, which premiered in October. After getting engaged in the pods without meeting face to face, the pair experienced a handful of ups and downs while trying to make their relationship work in the real world. Ahead of their wedding day, Raven and the Nigeria native attempted to blend their different cultures together but didn’t always see eye to eye. SK ultimately rejected the fitness guru at the altar.

“It was like merging two different people from two different continents trying to make this work,” he exclusively told Us Weekly earlier this month, reflecting on his decision to walk away. “And I just felt like we still had a lot of unresolved differences that adding a marriage on top of that still would not help us resolve. Also, I would’ve had to move, like, four days after we got married and because of where we are at in our relationship, I didn’t think our relationship was ready for that.”

Despite breaking up on their wedding day, the twosome revealed during the season 3 reunion special that they were giving their romance another try. “We’ve worked through so many other problems that even if it’s not our time today, like, pretty soon we can try to work on it and get better and just keep growing — that’s probably the best thing that we did throughout this entire thing is just grow together and be patient,” Raven told Us. “We’ve been working on it and he’s just such a beautiful person, so we’ve been giving each other patience. It’s been great.”

However, the drama didn’t slow down when the cameras stopped rolling. TikTok user @HannahBethStyle accused SK of cheating in a video uploaded on Friday, November 18. “It all started in 2019 … We became good friends & started dating,” Hannah Beth alleged. “Broke up mutually & remained friends. Fast forward to late July 2021, he invites me to go to Europe. … We left Ibiza & flew back to Madrid. I asked to see his phone to send pics to myself but ended up seeing messages from a contact name ‘fiancée.’ I waited to confront him until dinner [because] I was trying to wrap my head around what I saw.”

‘Love Is Blind’ Season 3 Cast: Where Are They Now?

She went on to claim that the data engineer told her that his “fiancée” was just “for the [money]” and they were just friends. “I didn’t 100% believe him but he never gave me a reason to not trust him, so I just trusted his word & it made sense at the time,” she said.

SK, who filmed Love Is Blind in early 2021, did not immediately comment on the accusations. As speculation began to grow about the duo’s status, Raven replied to several fans about how she and her now-ex were adjusting to their long-distance relationship. (When SK moved to California for school, Raven remained in Texas.)

“We are [doing fine],” she told one social media user before the allegations went viral. The comment has since been deleted.