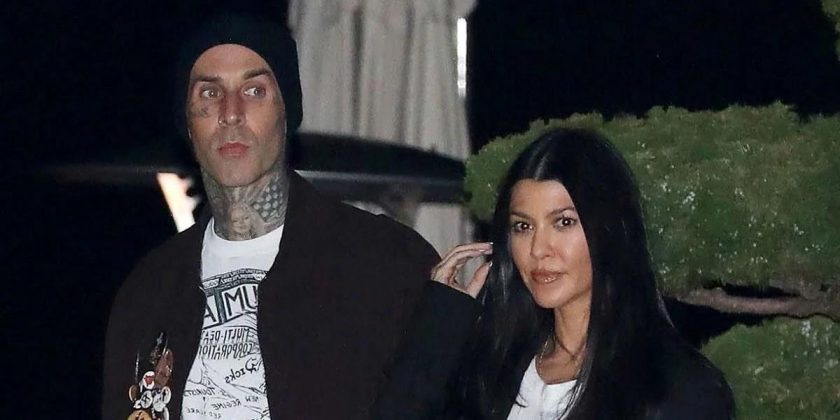 Making a commitment! Kourtney Kardashian and Travis Barker are engaged as their adorable whirlwind romance continues to turn heads.

The drummer, 45, got down on one knee on the beach at Rosewood Miramar Beach Hotel in Santa Barbara, California on Sunday, October 17, a source confirms to Us Weekly. The reality star shared the news on Instagram, posting two photos of the couple on the beach surrounded by roses.

The pair first sparked engagement rumors after a trip to Las Vegas in July. Hairstylist Glen Oropeza took to social media to share photos of the group trip, writing, “NOWWW I understand why ppl tie the knot in Vegas. There’s nothing like love AND a good time.”

Oropeza added some special emojis to the Instagram post, including a diamond ring emoji which he quickly replaced with a simple black heart instead.

The musician’s 15-year-old daughter, Alabama, made fans even more curious about the couple’s status when she reposted a photo of the pair to her Instagram Stories with the caption, “So happy for you guys.” 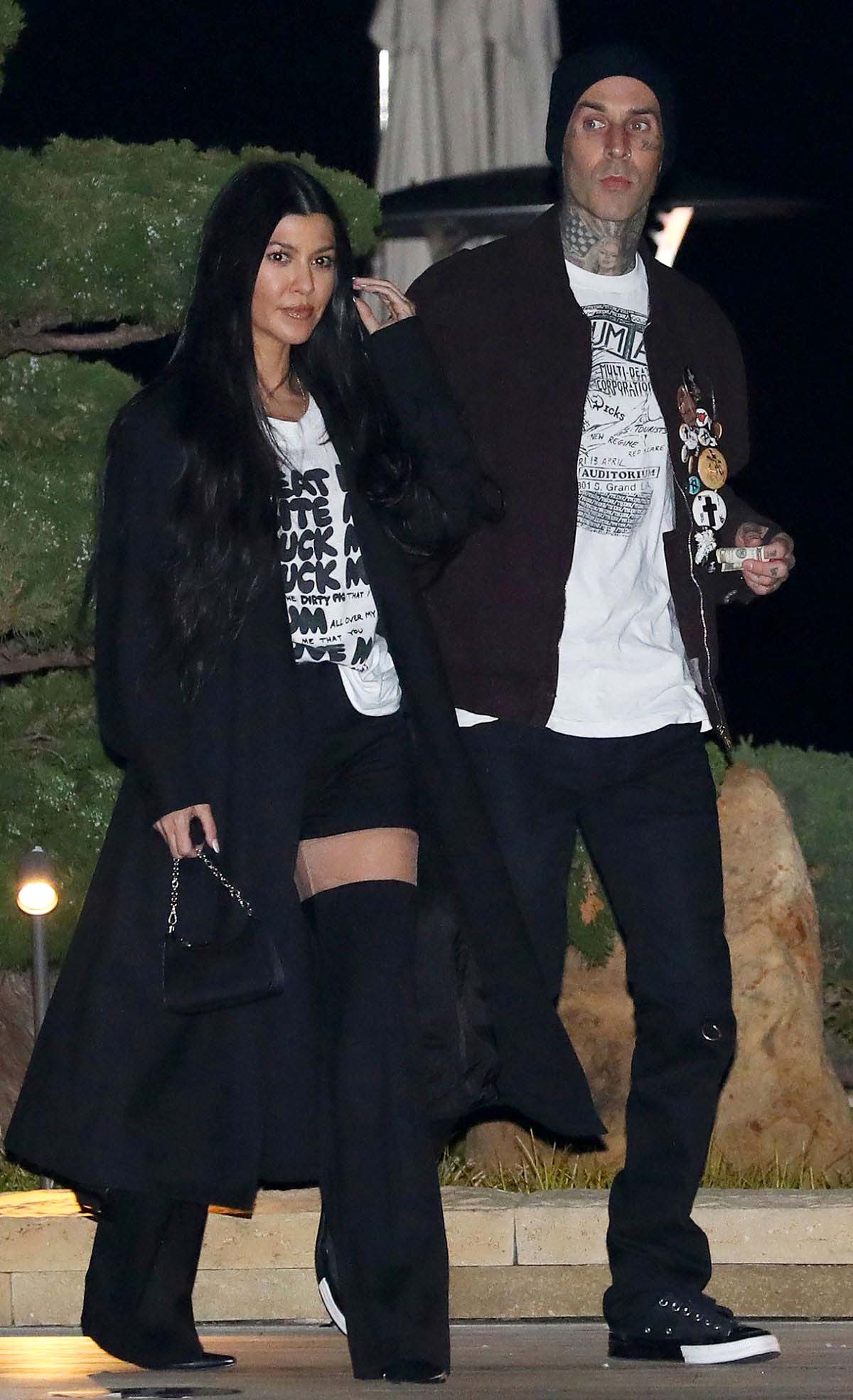 Kardashian and Barker were first linked in late 2020 and Us Weekly confirmed the romance in January.

“They have been close friends for years and have been dating for a couple months,” a source revealed at the time. “Travis is very smitten with Kourtney and has been for a while.”

Since then, the reality star and the Blink-182 drummer have enjoyed showing off their relationship and have also offered fans a glimpse at some sweet moments with their blended families.

Kourtney Kardashian and Travis Barker’s Sweetest Quotes About Each Other

Barker, who shares son Landon, 17, and Alabama, with ex-wife Shanna Moakler, has taken his kids on several trips with the Poosh founder. Kardashian has also taken her three kids, Mason, 11, Penelope, 8, and Reign, 6, whom she shares with ex Scott Disick, along for the fun.

“This is what I come home to,” Alabama captioned a video of her dad and Kardashian playing “Heart and Soul” on the piano together via her Instagram Story in July.

Kardashian’s famous family members have previously given the twosome their stamp of approval, including Khloé Kardashian, who even compared the couple to a hit Netflix romance. “The Duke and the Duchess!!!!!!!!!!! Bridgerton vibes,” the 37-year-old commented on a photo of her sister and Barker in April.

Everything the Kardashians Said About Kourtney’s Relationship With Travis

Kris Jenner also confirmed that she was thrilled for her eldest daughter as the couple continued to share their love for one another in PDA-filled social media posts, telling Ryan Seacrest in June, “It’s the best.”

“They have big modern families [and they] both are dedicated to their kids. They come from these modern families with modern relationships,” the insider told Us in February. “Both of their families are supportive.”

Another source later told Us that Kardashian and Barker were ready to take the next step in their relationship.

“An engagement could be right around the corner for Kourtney and Travis,” the insider said in June. “The engagement would be very over the top since Travis loves impressing her.”