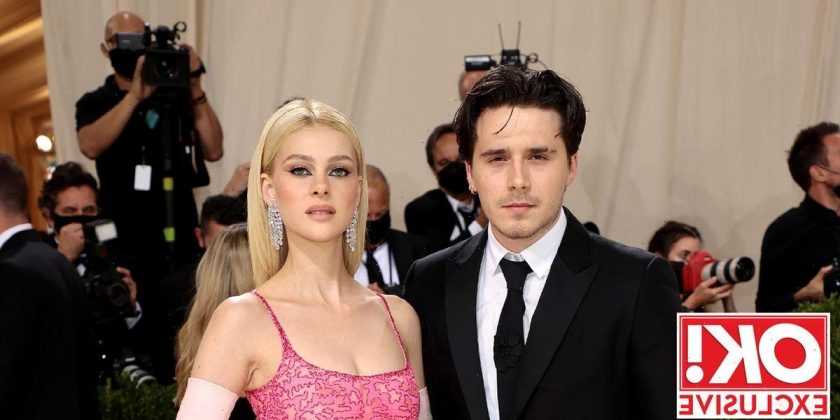 23 year old Brooklyn,who began dating Nicola, 27, in November 2019, is said to be tying the knot on Saturday April 9.

But before the wedding, according to the Mail on Sunday,a prenup has reportedly been drawn up to protect the £380 million fortune of Brooklyn's parents along with the estimated £1.3 billion wealth of Nicola's businessman father Nelson Peltz.

But, although photographer Brooklyn and actress Nicola’s prenup may involve rather hefty sums of money, it’s not just the rich and famous who would benefit from signing a watertight agreement to protect their individual assets ahead of their big day.

So, why should us 'ordinary folk' consider prenuptial agreements and what exactly do they do? Helen Miller, Managing Partner atStowe Family Law, spoke exclusively to OK! to explain the small print!…

Why should everyone consider a prenup?

Prenups lay out what will happen to a couple’s finances and property during marriage and, if it occurs, after divorce.

As a result, prenups can help protect against the worst should the relationship break down.

“Without a prenup, the family court can override your financial plans if your marriage ends, statistically affecting 1 in 3.

“This potentially impacts a large number of people, ranging from those with modest assets to the likes of Brooklyn Beckham. Whilst not particularly romantic, prenups are a must for those who like to be in control of their money.”

How much does it cost?

Ultimately how much it will cost to arrange a prenup depends on the complexity of the financial situation, the agreement itself, as well as whether all parties involved are on board with the idea.

“Typically, to prepare an effective prenup, overall costs start from around £1,500,” explains Helen.

“However, your solicitor will have a good idea of the likely cost based on your specific circumstances, so ask for an estimate before they start work.”

What are the benefits, and what can a prenup protect you from?

It’s important to note that unlike in Scotland, prenups aren’t legally binding in England and Wales.

Instead, prenups are one of a range of factors that a family court will consider when reviewing financial claims during a divorce, says Helen.

“This potentially protects you from a far less favourable outcome.”

What situations are they particularly useful for?

With ‘blended’ families on the rise, Helen notes that prenuptial agreements will go a long way when it comes to protecting a parent and their children’s future legacies.

“For those contemplating second or later marriages, you may have long standing assets that you wish to preserve, including for your retirement or future care needs,” she adds.

“Or, you may be expecting to receive a windfall or inheritance at some point in the future, which you (or the family member intending to make a gift) wish to ‘ring-fence’ from forming part of the ‘pot’ in a future divorce. Having an effective prenup can help in these scenarios.”

How much can it cost people if they don’t sign?

And though these orders are based on set criteria, family courts have discretion when deeming what is ‘fair’ in each case.

“The uncertainty of this can cause additional stress and anxiety at what can already be a difficult time, not to mention increased costs,” she continues.

What else should you know about prenups?

For a prenup to be effective, Helen outlines that:

For all the latest celebrity news, sign up to our daily newsletter here.