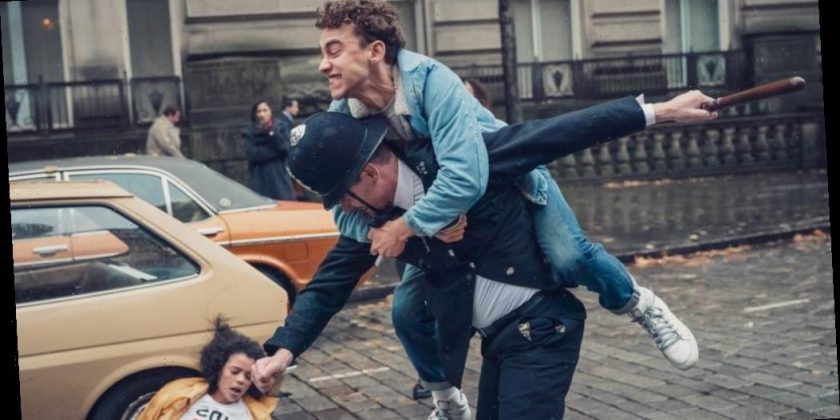 Russell T Davies, the creator of Channel 4 and HBO Max’s upcoming AIDS crisis series It’s A Sin, has spoken out about the importance of casting gay actors as gay characters.

Starring Years & Years frontman Olly Alexander, the series is already winning rave reviews and, during a publicity blitz ahead of its January 22 premiere in the UK, Davies made his feelings known about preserving authenticity on screen.

The A Very English Scandal writer told the Radio Times: “I’m not being woke about this… but I feel strongly that if I cast someone in a story, I am casting them to act as a lover, or an enemy, or someone on drugs or a criminal or a saint… they are not there to ‘act gay’ because ‘acting gay’ is a bunch of codes for a performance. It’s about authenticity, the taste of 2020.”

He added: “You wouldn’t cast someone able-bodied and put them in a wheelchair, you wouldn’t black someone up. Authenticity is leading us to joyous places.”

Davies was not emphatic about only casting gay actors as gay characters — and his past work shows that straight men have featured in gay roles he has authored. Channel 4’s 1999 series Queer as Folk featured straight actors Aidan Gillen, Craig Kelly, and Charlie Hunnam as three men living in the Manchester gay scene.

It’s A Sin is loosely based on Davies’ own life, exploring friendship and love during the 1980s AIDS crisis through the eyes of three young gay men as they embark on a new life in London. As the decade passes, and they grow up in the shadow of AIDS, they’re determined to live and love more fiercely than ever.

He told the Radio Times: “I must have known hundreds of lads like them [the characters in It’s A Sin], but though we all had those mad nights on the town, I was lucky, I escaped HIV. I was rather more well behaved than my characters, that’s why I write them doing what they do. But in the 1980s I kept my head down and worked a lot, I didn’t start going out properly on the gay scene until I was in my 30s, in the 90s.”