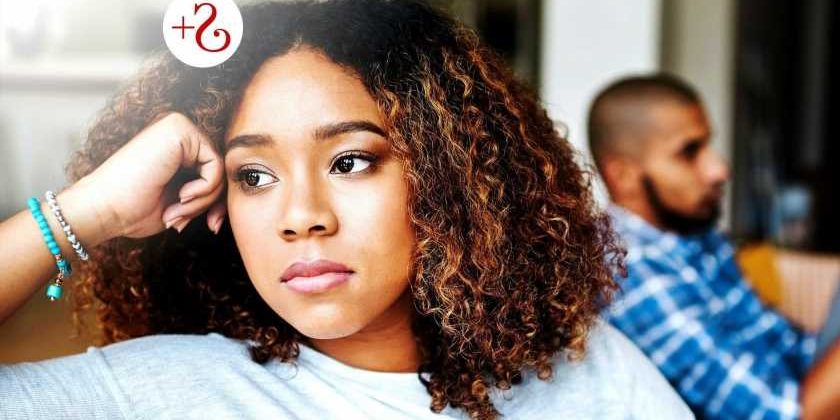 Ending a relationship that isn’t working feels like a financial privilege amid the cost of living crisis.

It’s no secret that the rising cost of living is touching every part of our lives. With inflation the highest it’s been since 1982, more than 89% of adults in Great Britain are finding that everything from their weekly shop to their energy and water bills has increased exponentially since last year. More and more of us feel priced out of everything from fitness to food, and the increased financial strain is understandably having an impact on our personal relationships too.

Money (and particularly the lack of it) is never an easy thing to navigate with a partner. From the early debates over who will pay the bill to the significant burden of purchasing a house together, a sense of financial imbalance can easily create tensions and unequal dynamics. Therefore, it’s little surprise that research from Stowe Family Law Stowe Family Lawhas shown that 90% of those surveyed feel their relationship has been affected by the current state of affairs.

In the survey, financial woes were frequently cited as a leading factor in the breakdown of a relationship, with concerns over ‘not enough money coming in’ and ‘not enough money to pay the bills’ placing an extra strain. Of those polled, 55% said their relationships are already ‘on the rocks’ as a direct result of the cost of living crisis. But more worryingly, 25% admitted they are staying in their current relationship as they fear not being able to afford to live on their own.

It’s a concern many women, including 42-year-old Andrea, understand all too well. “It took me five years to leave my partner, as we both stayed in a very unhappy relationship because we were worried about how I would survive financially,” she tells Stylist.

As a stay-at-home mother of two children, Andrea was fully dependent on her partner’s income, pension and investments throughout their 14 years together. “I had no independent assets to draw on,” she says. “Any money I received was through my ex-partner and our joint account, and he also supported me with tens of thousands of pounds while I was studying.”

But despite their finances being so deeply entwined, Andrea admits that neither of them had been happy for some time in the relationship.“The divide between us was widening yet, because of our financial situation, I didn’t ever feel I could leave, and he felt the same,” she shares. “Without me having an independent income he didn’t know how he could leave.We weren’t married, and when I’d sought legal advice in the past I knew I would have very limited rights to any money.”

Andrea and her partner eventually made the decision to separate at the end of July, but the rising cost of living has left her with “huge anxiety” as she navigates financial independence, including renting her own home, bills and pension payments, for the first time in nearly two decades. “I want to be completely independent,” she shares, “but I have no sense of how much our bills are going to be in our new home.” The average energy bill is set to rise from £1,1971 to £3,549 from 1 October, pushing more than two-thirds of households into fuel poverty in the latter half of the year.

“I read comments about fixed annual prices and I wonder how on earth we are going to manage it,” she admits. While she says she will receive maintenance for the children from her ex-partner, she says that she doesn’t know how they will manage. “I’ve already made crucial cuts: turning down the heating, slow cooking rather than oven cooking, yellow sticker buying in the supermarket, I have a fireplace in my new house and we have moved closer to the girls’ school so that we can walk more. But my dogs are no longer insured, which worries me – I just couldn’t justify the £200 a month insurance premium.”

“With rising costs, people are likely to be feeling more vulnerable at the moment,” explains Dr Elena Touroni, a consultant psychologist and co-founder of The Chelsea Psychology ClinicThe Chelsea Psychology Clinic. “Ultimately, feeling safe and secure is a basic human need and so with everything that’s going on at the moment, it can be very anxiety-inducing. Obviously, this puts added pressure on relationships too.”

According to Dr Touroni, being financially reliant on a partner can leave you in a vulnerable position. “It isn’t always as simple as just walking away,” she says. “In some cases, a person might feel like they have no other option than to stay in a relationship.” But while it might keep you feeling safe for a time, Dr Touroni suggests that staying in a relationship for money alone can end up having a detrimental effect on your mental, emotional and physical health. “It’s not a long-term solution, especially if love is lacking in the relationship. I would encourage someone to problem solve, create a plan and explore all the different avenues available to them.”

“If there’s one thing I’m learning, it’s that money might not buy you happiness, but it definitely buys you options,” Andrea agrees. And with torpid government support measures announced so far, more and more women will surely find themselves running out of them.

If you find yourself in a similar position to Andrea, the first step is to seek help. If you are concerned about money, charities like StepChange offer free and confidential advice. Find out more about what cost of living support is available from the government here.