The Gargoyle King mystery is seriously getting more confounding with each new episode of Riverdale, and Wednesday night’s latest episode dropped some details that seem to point to a new suspect. After Betty called all the town’s shady parents together, one person that fans probably were not suspecting began looking pretty suspicious. So, is Tom Keller the Gargoyle King on Riverdale? The amiable former sheriff could be hiding a dark secret.

Spoiler alert: This post will discuss details from Riverdale Season 3 Episode 6, "Manhunter." For the last few episodes, all eyes have been on the Midnight Club, the group of ten former Riverdale High students that most likely includes the Gargoyle King. In Wednesday night’s new episode, Betty finally rounds up the Midnight Club for some questioning, which does not really get her anywhere. But some other new clues throughout the episode do seem to cast some suspicion on Tom Keller.

First, we found out that the devout Gryphons and Gargoyles player Warden Norton was the RROTC instructor at Riverdale High at the time that the Midnight Club was playing the game there. The only member of the group that we know was in RROTC was Tom Keller, although he told Betty that he never played the game with Norton, he just saw him confiscate a rulebook once.

Betty also finds out that Tom Keller was the town’s sheriff at the time of fellow Midnight Club member Darryl Doiley’s murder, and he helped to cover it up. The public records state that Doiley killed himself in his car, but Betty discovered that he was actually killed by the poisonous herb oleander. The floral means of murder seems to clearly point to Penelope Blossom as the culprit, since she grows toxic plants in her greenhouse, but she stated that she would never kill someone with oleander because it leaves traces. Regardless of who killed Darryl Doiley, Tom Keller was willing to cover up the crime for some reason. Notably, Alice Cooper also covered up the murder in her newspaper article about Doiley’s death. 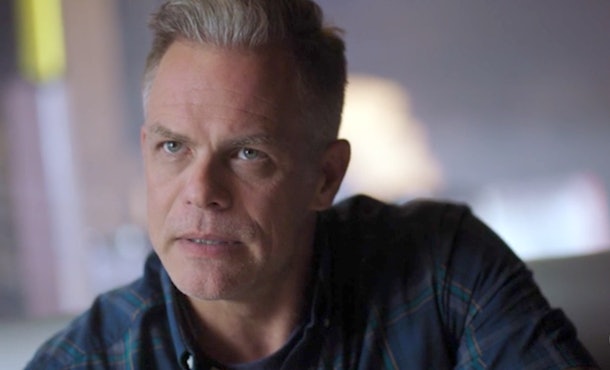 But one of the subtlest and most eyebrow-raising details involving Tom Keller comes from Hiram Lodge much later in the episode. When Jughead confronts Hiram and accuses him of being the Gargoyle King, Hiram deflects by listing off other parents who he claims are "homicidal killers": Clifford Blossom, Hal Cooper, Tom Keller, and F.P. Jones.

Tom Keller’s inclusion in that list seems pretty surprising. I actually totally forgot that Keller shot and killed Joseph Svenson to save Archie in Season 2 while Svenson was wearing the Black Hood mask, but that hardly seems to be on the level of the crimes of Cliff Blossom and Hal Cooper. Could Hiram know about a dark side of Tom Keller’s that we have yet to fully seen?

The former sheriff is no stranger to suspicion. Last season, Tom Keller was one of the prime suspects among fans as to who the Black Hood might be. Perhaps all that sketchiness from last season was really all leading up to a big Gargoyle King reveal this season? We will just have to keep our eyes on Tom Keller as Season 3 continues to see if more clues start pointing to him.