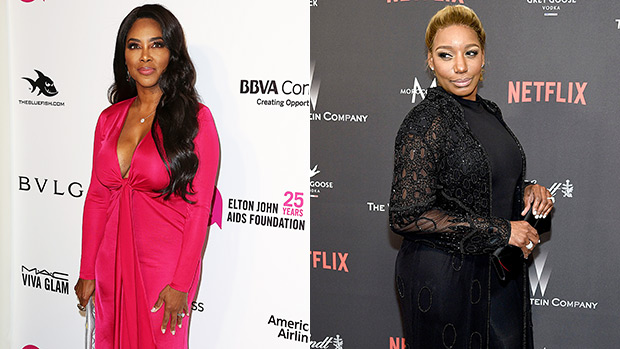 Former ‘RHOA’ star Kenya Moore has a strong opinion about the cryptic diss NeNe Leakes gave to her on Instagram after the new mom posted her baby’s first pic just hours before the show’s latest episode aired.

New mom Kenya Moore, 47, is well aware of NeNe Leakes, 50, indirectly calling her out on Instagram for posting her baby, Brooklyn‘s first pic, which showed her little hand, right before the latest episode of Real Housewives of Atlanta, and it turns out she doesn’t really care. “Right now Kenya has way more important things to focus on in her life than NeNe, she really couldn’t care less about her,” a RHOA insider EXCLUSIVELY told HollywoodLife. “Kenya just gave birth, so she’s all about the baby, and she hasn’t even had the time, or the energy to give NeNe a second thought. It was a really tough pregnancy, but now that Brooklyn is here Kenya wouldn’t change a single moment of it, she’s the most beautiful baby ever.”

It’s good to know that Kenya is enjoying her new bundle of joy depsite the drama surrounding NeNe and the show. NeNe’s diss seemed to try to indicate that Kenya’s posting of Brooklyn on Nov. 11 was a way to get attention since she wasn’t featured in the latest episode of RHOA. The diss consisted of a photo of a laughing emoji and a caption that read, “I can’t wit the calculations on Sunday’s #thethirstisreal #weseeyou#wacksh*t.”

In addition to Kenya posting her first pic of Brooklyn right before Sunday’s episode of RHOA, the reality star ironically gave birth on Nov. 4, the same day the new season of the Bravo show, which she is not a part of, premiered. Kenya appeared on RHOA from season 5-season 10 and although fans are upset about her departure from the show this year, Kenya gave a hopeful answer to a fan question about whether or not she’ll ever return in the future. “Never say never,” she replied.