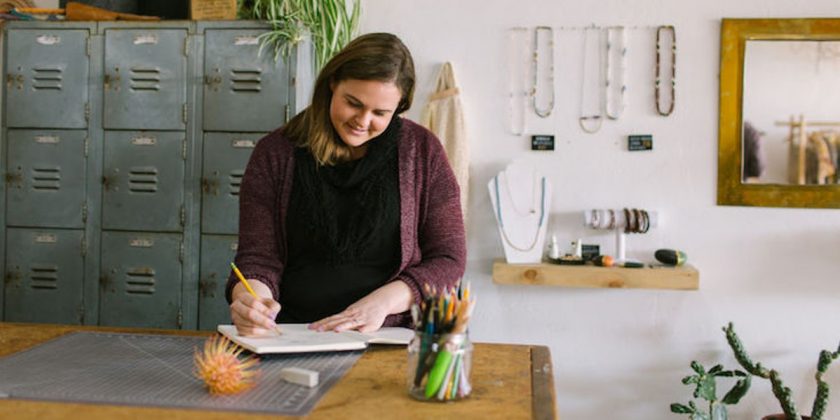 When was the last time you sat down and drew a picture straight from your imagination? Personally, I love drawing. I mean, I’m high-key terrible at it, but that doesn’t mean I don’t have a blast channeling my inner child and sketching every now and then. Whether your doodles are as atrocious as mine are, or you’re a truly gifted artist, the fact of the matter is that drawing is good for you and there’s real science to prove it. And yes, mediocre stick figures totally count because I said so (but also because the science said so, too).

A new study published in the scientific journal Experimental Aging Research found that drawing can help to boost your memory, even if you’re not a particularly "good" artist, which is awesome news if you ask me.

For the study, according to its press release, researchers from the University of Waterloo in Canada recruited both undergraduate students and senior citizens to participate in a series of experiments, in which they tried different types of memorization techniques and subsequently tested their ability to recall whatever it is they’d just memorized. For instance, as per the study’s abstract, in one of the experiments, the researchers presented the participants with 30 different nouns, one at a time, asked them to "either draw a picture or repeatedly write out the word," and then asked them to recall all 30 words on their own. Think you could do it?

Anyway, the researchers tested the participants with two more similar memorization experiments, and they ultimately discovered that both older and younger participants had a much easier time recalling something when they were drawing, rather than writing, what they needed to memorize.

"We think that drawing is particularly relevant for people with dementia because it makes better use of brain regions that are still preserved, and could help people experiencing cognitive impairment with memory function,” Melissa Meade, study co-author and Ph.D. candidate in cognitive neuroscience at the University of Waterloo, said in a statement for the press release. “Our findings have exciting implications for therapeutic interventions to help dementia patients hold on to valuable episodic memories throughout the progression of their disease”

As fascinating as this is, you might be thinking, as a 20-something, that this isn’t really relevant to you. But let me ask you something: Whether it’s for an exam in school or a presentation at work, how do you usually study and prepare? Do you normally write and rewrite information until it sticks in your brain? Are you flash-cards person? Of course, everyone has their own methods that work for them, and maybe it depends on the situation, but according to the researchers involved in this study, drawing really might be the more effective way to go when it comes to boosting your memory.

“Drawing improves memory across a variety of tasks and populations, and the simplicity of the strategy means that it can be used in many settings,” study co-author Myra Fernandes said in a statement for the press release.

And, FYI, science says drawing is potentially linked to even more mental health benefits outside of your memory. For example, a 2017 study published in the contemporary research journal The Arts in Psychotherapy revealed that breaking out your sketchbook and letting your imagination run its course may help to stimulate the reward center of your brain (aka the area that’s activated when you laugh, or eat chocolate, for instance).

Girija Kaimal, study co-author and assistant professor in the College of Nursing and Health Professions at Drexel University, told the university’s online news publication that her team’s findings "indicate an inherent potential for evoking positive emotions through art-making — and doodling especially. Doodling is something we all have experience with and might reimagine as a democratizing, skill independent, judgment-free pleasurable activity.”

Bottom line: Drawing can be a therapeutic and memory-enhancing tool for everyone, and even the "ugliest" doodle might benefit your brain just as much as a Starry Night replica would.