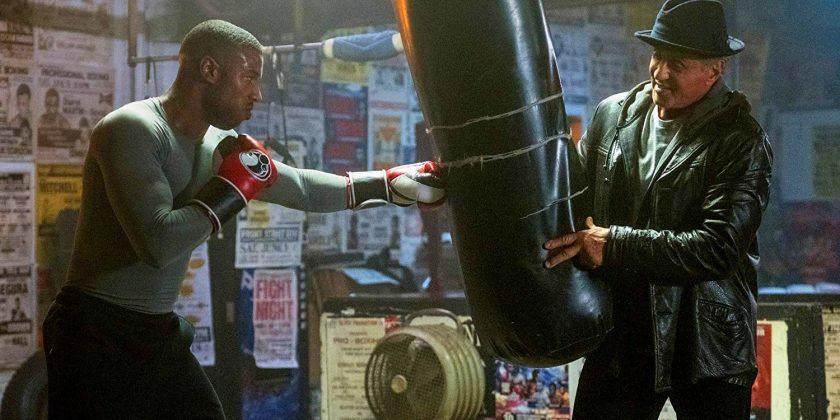 When Rocky Balboa talks, you sit up and pay attention. So there’s actual gravitas to a cheesy line like, “If you want change something big, you have to make big changes.” If only Creed II would have adhered to the legendary boxing champ’s advice! I grant you that the latest chapter in the Rocky saga — and the follow-up to a truly great film — didn’t need a major overhaul. But audiences shouldn’t be able to anticipate every single narrative punch.

Three years after winning his first high-profile boxing match, Adonis “Donny” Creed (Michael B. Jordan) still has the eye of the tiger. The embattled and still-embittered son of Rocky pal/rival Apollo Creed is now the heavyweight champion of the world, yet he still throws right hooks and left jabs with a chip on his incredibly broad shoulder. His musician girlfriend Bianca (Tessa Thompson) is still in his corner — as is the “Italian Stallion.” The first time Sylvester Stallone appears onscreen, he is telling his protégé that although he’ll get to the ring in only three steps, it might as well be a mountain. Adonis scales it, rather easily.

What’s a champ with a burning heart to do next? To know the answer, you must go all the way back to 1985, when a jacked-up, heartless Russian named Ivan Drago (Dolph Lundgren) killed Apollo Creed in the ring in Las Vegas during an exhibition. You should have seen this spectacle! James Brown performed a song called “Living in America” in star-spangled glory as an opening act. But Apollo was overmatched. And though Rocky begged him to throw in the towel, he didn’t listen. And he died right there in Rocky’s hands. As an act of revenge — and a point of national pride during the height of the Cold War! — Rocky went to Russia and defeated Drago himself. If you weren’t there, go ahead and re-watch the fantastic and bombastic Rocky IV.

Wouldn’t you know it, Ivan Drago had a son named Viktor (Florian Munteanu). And this son grew up to be a beast of a boxer. He challenges Adonis to a match. Adonis, still haunted by his father’s death and eager to cement his legacy in the sport, is itching to go for it. As one promoter knowingly puts it, fans need a narrative that sticks to the ribs. And just to pile on the symmetry, Ivan himself approaches Rocky in his Philly restaurant and tells him in that thick accent that he lost his honor and his wife all because of that defeat in the 1980s. 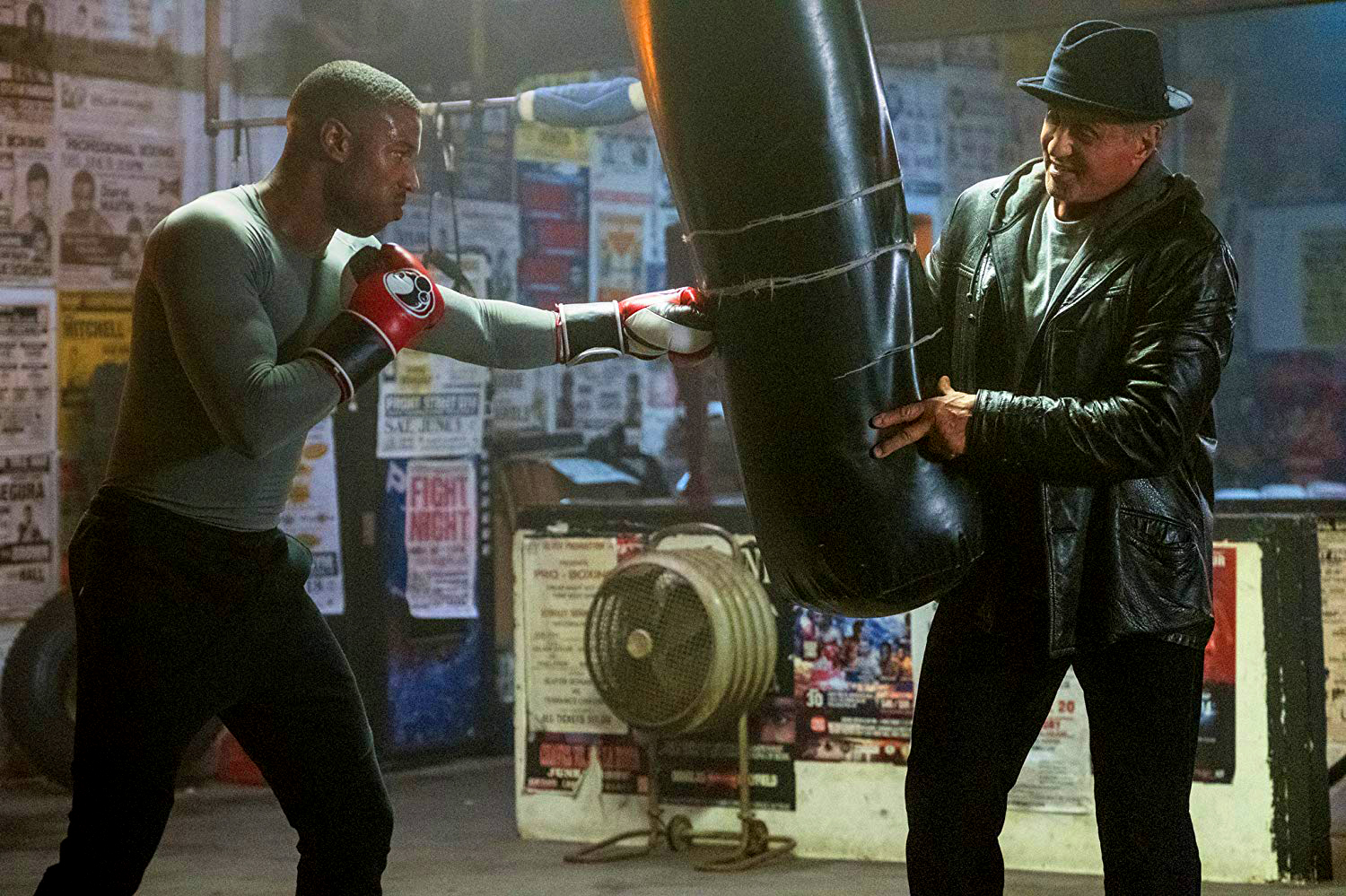 Despite a contrived plot, Jordan — who’s become a Vanity Fair cover star since Creed’s release just two years ago — shows impressive range as Adonis. He continues to grapple with his past along with his growing fame, and yet he’s determined to show up for his family. Stallone, robbed of a Best Supporting Actor Oscar, has turned his iconic character into a grizzled Yoda. He delivers weary wisdom with the heaviness of a man still mourning his beloved wife and desperate to reconnect with his estranged grown son. Thompson is strong as well, though co-writer Stallone probably overestimated his audience’s concern for her hearing problems.

Boxing movies have become somewhat of a sub-genre in the past few years. You probably don’t recall Southpaw, Hands of Stone, Chuck and Bleed for This because they all adhered to the same formula — a scrappy boxer fights his way to the top, is dealt a devastating setback, seeks a comeback, trains his ass off in a montage in which he drips sweat while lifting weights the size of truck tires, rediscovers his soul, gets back in the ring, wins, fade to black. But Creed was a rare disrupter because writer-director Ryan Coogler (who went on to direct Black Panther) added a gritty underdog authenticity. He only has an executive producer credit on the sequel, and it could have used his insightful hand.

Creed II offers zero surprises, give or take an amazing cameo. What it does have going for it, ironically, is its warm familiarity. This is essentially Rocky 8, and fans who have followed the franchise at any point over the past 42 years will delight in all the nostalgic callbacks and be moved by the characters’ gut-wrenching struggles. A cemetery visit is fraught with meaning, as is a visit to the steps outside the Philadelphia Art Museum. Hearing strains of “Gonna Fly Now,” even when mixed with hip-hop beats, is chill-inducing. These are people we know and love and will always earn our cheers. The Rocky story isn’t quite down for the count, but it could use a little pick-me-up.