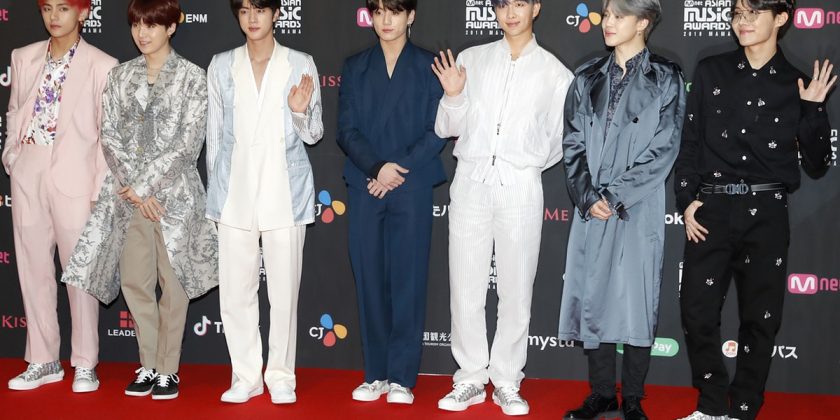 I know you’re still not over BTS’ final performance of 2018 at MBC Gayo Daejejun on Dec. 31, when they hit the stage for their most amazing performance of "Mic Drop" yet, because how can 2018 — BTS’ most successful year yet — really be over? But after the clock struck midnight on Jan. 1 in Korea, they helped usher in 2019 with an epic performance of "Idol" that was a perfect reminder that Jungkook, Jimin, V, RM, Suga, Jin, and J-Hope are not slowing down in 2019. Not by a long shot. So, with a new year comes a whole new round of music award shows for BTS to attend, and the first one to look forward to is the Golden Disk Awards. So, is BTS going to the 2019 Golden Disk Awards? You bet they are, and here’s everything you need to know about the epic two-night event.

The Golden Disk Awards are known as the most prestigious and longest-running awards ceremony in Korea, according to Soompi. The two-night award show will kick off on Jan. 5 at Gocheok Sky Dome in Seoul at 5 p.m. KST. Korean superstars Lee Seung-gi and Park Min-young will host the ceremony on night one. The second night of the festivities will take place on Jan. 6 starting at 5 p.m. KST, and Kang So-ra and Sung Si-kyung will host.

According to a report by My Daily, BTS is slated to attend both nights, but will only perform during the second ceremony on Jan. 6.

As much as I would have loved to see the boys perform at both ceremonies, two red carpets and one performance in the span of two days ain’t too shabby! Plus, you’ll want to tune in to catch some of your other K-pop faves like Wanna One, TWICE, BLACKPINK, Roy Kim, and GOT7. 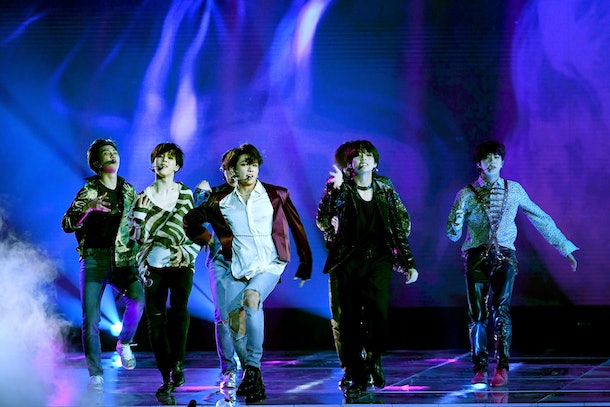 So, is BTS nominated for any awards? Ummm… of course!

BTS has a really high chance of winning one, if not both, of the major awards considering that the Golden Disk Award winners are selected based on a point system based mostly on music sales (70 percent music sales, to be exact, with the other 30 percent based on music experts).

The boys are also up for the Popularity award, which is determined 100 percent by fan votes. BTS currently has the edge over their main competitors, EXO, but by less than a percentage point, so it’s anyone’s game at this point!

Let’s just say BTS is no joke when it comes to album sales. They broke the record for the highest sales of any one album in Korea’s Gaon Chart history with their album Love Yourself: Answer, according to Forbes. That’s no small feat, considering Love Yourself: Answer was the third and final album in the Love Yourself album series, which — while featuring some new tracks for fans, like "Idol" — was composed of many older tracks that had already been released on Love Yourself: Her and Love Yourself: Tear.

The Golden Disk Awards are bound to be an epic two-night event for BTS fans. With all the epic performances they delivered in 2018, I can’t help wonder how they plan to blow our minds with their first award show performance of 2019. One thing I do know is there’s no way they’ll disappoint!