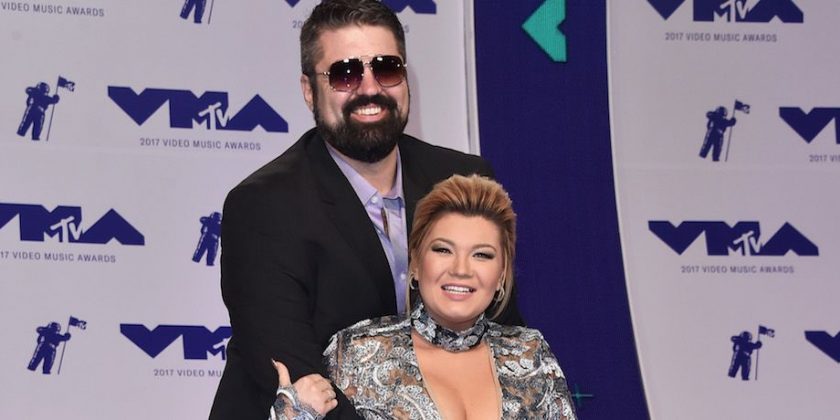 Amber Portwood and her boyfriend, Andrew Glennon, may have taken the next step in their relationship.

During a recent post on Instagram, the Teen Mom OG star suggested that she and Glennon secretly tied the knot while discussing his family in Malibu, California, where a number of wildfires have wreaked havoc on many homes in the area.

As soon as Portwood said the word “hubby,” her online audience began to suspect that she and Glennon were married. However, at this point in time, the longtime reality star and mother of two has not confirmed any such thing. Instead, she’s staying mum as her fans continue to speculate about her potential wedding.

As Us Weekly pointed out, Portwood and Glennon celebrated their one-year anniversary over the summer, months after welcoming their baby boy, James. At the time, Portwood offered a shoutout to Glennon on social media, telling her audience, “One year from yesterday I met this amazing man and it is truly a dream!”

Super Daddy to the rescue! ☺ Because you know momma piled up everything else in the stroller lol???? that thing was heavy!

After meeting one another on the set of Marriage Boot Camp: Reality Stars last summer in Los Angeles, Amber Portwood and Andrew Glennon quickly began dating one another. They went public with their romance on the red carpet at the 2017 MTV Video Music Awards weeks later. Then, just one month after that — during a romantic vacation in Hawaii — the couple learned that they were expecting a child together.

Although many followers of the reality star slammed her for moving on from her past engagement to Matt Baier so quickly, she didn’t seem to care — continuing to enjoy her relationship with Glennon. She even relocated Glennon to her home in Indiana from his former pad in Los Angeles.

In June, after beginning to live with one another in Indiana, Portwood gushed over Glennon’s role as dad to their little boy.

“He is such an amazing man and loves taking care of James,” Portwood told Us Weekly. “He was afraid of postpartum depression, so he’s always checking up on me. He just wants to make sure I’m loved. It’s almost perfect.”

To see more of Amber Portwood, Andrew Glennon, and their co-stars — don’t miss new episodes of Teen Mom OG Season 8. The show airs on Monday nights at 9 p.m. on MTV.