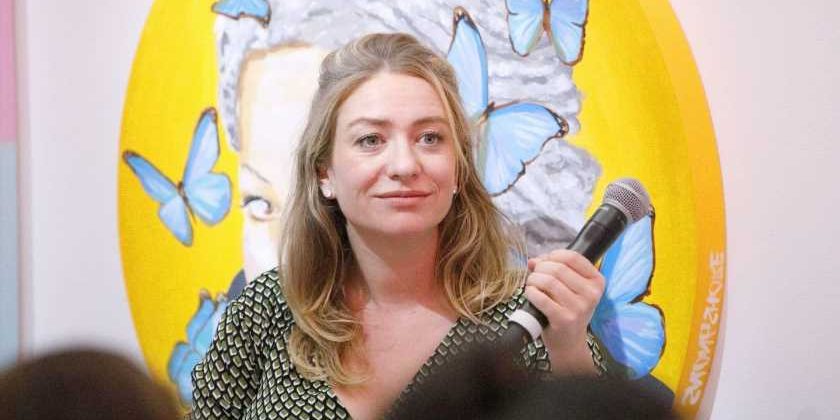 Burnout is real, and it’s on the rise. Here’s why Bumble CEO Whitney Wolfe Herd decided to join other companies in giving employees a paid week off to help combat work stress.

Burnout is rising steeply in the work world right now, with many of us putting in more hours than ever. A recent study found that UK employees have increased their workload by 25% under lockdown, taking on more projects and typically logging off at around 8pm.

All of which makes pushback measures like the one introduced by dating app Bumble this week more vital to helping teams de-stress. The relationships service, founded by Whitney Wolfe Herd, has gifted its 700 employees around the world five paid days this week off to recharge after an intense year of growth.

The move was revealed by several Bumble employees on social media, after their offices in Austin, London, Moscow and Barcelona were temporarily shut for the break.

Bumble, which rose to fame as the dating app where only women can make the first move, has had a busy year. In February, the company went public, making founder and CEO Herd the world’s youngest self-made female billionaire.

Herd, 31, marked the moment by ringing the Nasdaq bell on Wall Street while holding her baby son on her hip. She later credited “the more than 1.7 billion first moves made by brave women on our app — and the pioneering women who paved the way for us in the business world” for the historic moment.

Shortly after, the $14 billion business was named one of Time 100’s Most Influential Companies. The listing hailed Bumble’s women-led dating mentality, including “a ban on unsolicited and derogatory comments about appearance, body shape, size or health”.

Even before news of the paid break for employees emerged this week, Bumble has been vocal about championing workplace wellbeing. Benefits at its London HQ (or “hives” as they’re affectionately known) include private health insurance, a wellness room and £40 a month towards gym memberships. Employees in the US are given a monthly $100 wellness budget, along with mental health days for self-care.

Parental leave is also a priority. “Now that I myself am pregnant, I understand, just from the basic demands of needing to go to a doctor’s appointment on a certain week, that I can’t imagine the stress that someone might feel who can’t make their own hours,” Herd remarked in a 2019 interview with Fast Company.  “[…] So I’m really starting to think about the white space on the beforehand and after-hand of that actual leave. And making sure that once a parent does come back to work, how do we do that in a flexible way?”

Bumble is not the first company to take proactive steps in helping to prevent collective burnout. In April, networking app LinkedIn also gave its 15,000+ full-time employees a paid week off.

“We wanted to make sure we could give them something really valuable, and what we think is most valuable right now is time for all of us to collectively walk away,” said Teuila Hanson, LinkedIn’s chief people officer.

Even before Covid-19, research suggested that our “always-on” attitude to work – including record levels of “presenteeism” – was making us chronically stressed. The many pressure of lockdown have exacerbated this effect.

While a week off alone cannot fix these problems, it does at least offer a chance to stop, recoup and carve out breathing space for a better way forwards. And it also indicates a shift in mentality with companies taking more responsibility for their employees’ wellbeing, which – in these times of frenetic overwork – can only be a welcome move.