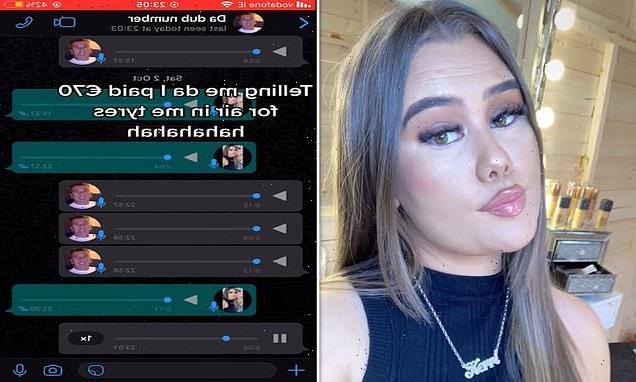 Irish woman hilariously pranks her dad by claiming she spent €70 on ‘premium air’ for her tyres – leading to a furious meltdown!

A devious daughter has gone viral after sending her father into a hilarious spin by pretending she’d been ripped off at the garage.

In a TikTok video that’s racked up more than 176,000 likes, Kerri Mitchell from Dublin, revealed how she sent her father a WhatsApp voice note to say she’d spent €70 on ‘premium’ air for her car tyres, and wanted to know if that was an acceptable price.

Obviously confused about how something that’s usually free could have cost his daughter so much, he flew in a comical rage which led to her followers labelling Irish people the ‘funniest people in the world.’

In the video titled, ‘Telling me da I paid €70 for air in me tyres,’ Kerri asked whether he thought the price was ‘good.’

The clip, which amassed over 1.6 million views, then became a cascade of worry on her father part that Kerri had so easily been scammed out of her money.

Then, not able to leave the subject alone, he continued his rant, ‘You sound like you have f******g air in your bleedin’ head. I hope you’re not on the joints!’ 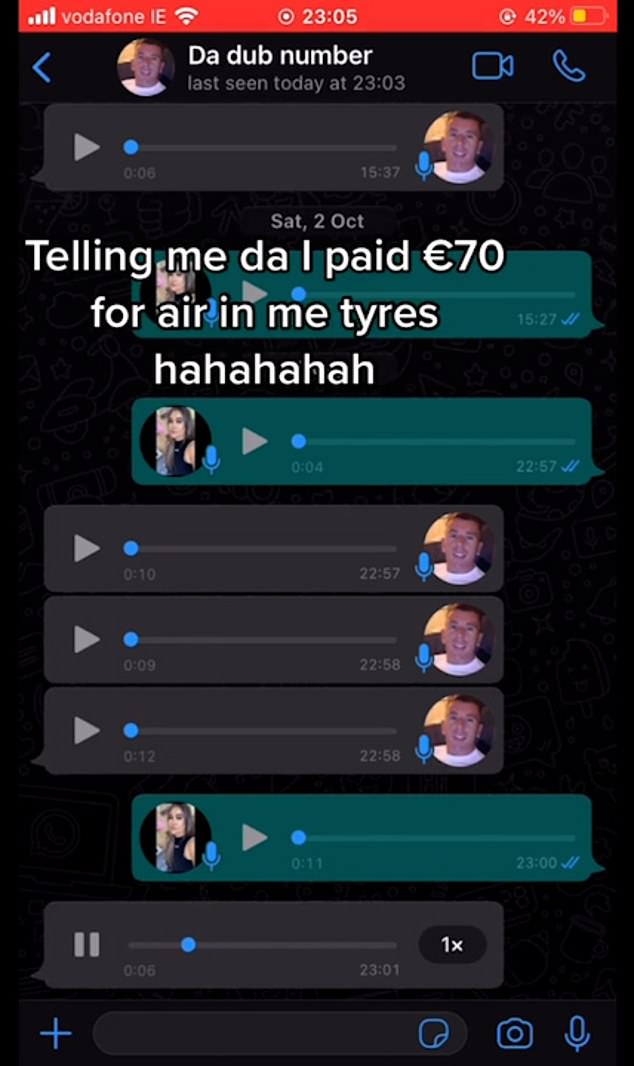 Kerri explained in another voice note that it wasn’t just any air that cost her so much, but ‘premium air.’

Her dad couldn’t believe what he was hearing and said, ‘Premium air are you f******g simple? Listen, there’s only one kind of air and that’s the air that you breathe, premium air… Air is air, it pumps up a tyre.’

Kerri’s followers were in bits at the voicenotes, one person said, ‘Irish people are the funniest people in the world, I swear.’

Another joined in by suggested the way her dad said ‘premium air’ could be revolutionary, ‘Premium Èire sounds like a our new electric company.’

A third person noted that, ‘You hear the rage build which made this even better. When you said “premium air” I fell around the place.’

Meanwhile Kerri confirmed she had not been on ‘the joints’ as her father suspected.