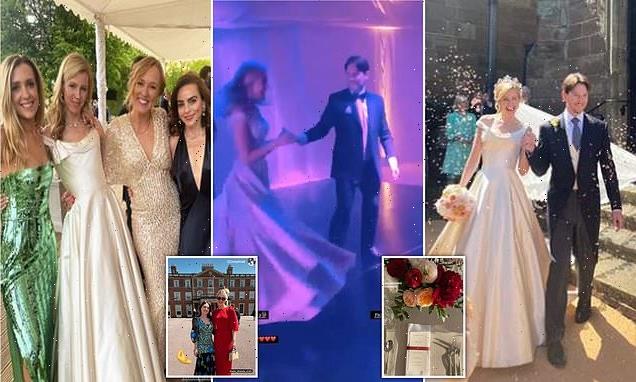 One of Britain’s most eligible society bachelors tied the knot in suitably lavish fashion over the weekend.

Celebrations kicked off with a dinner on Thursday night, followed by a pre-wedding drinks party on Friday. The four-day extravaganza, which cost an estimated £500,000, culminated in a morning-after brunch on Sunday.

The wedding service took place on Saturday in the picturesque church nestled in the grounds of the estate, with some guests forced to watch on a screen due to limited capacity.

Alexander, who was named one of Tatler’s most eligible Viscounts, and his new bride then toasted their nuptials – again – at a black tie bash for 190 of their closest family and friends and partied the night away in a marquee. 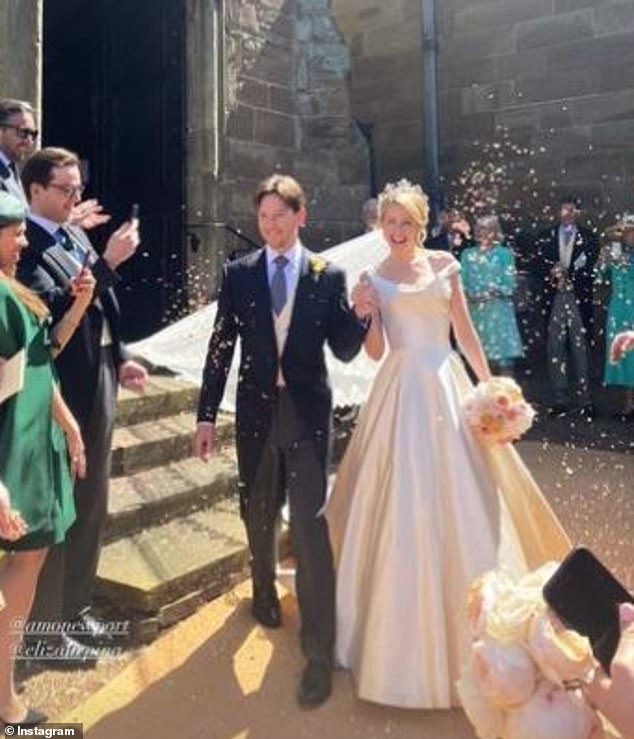 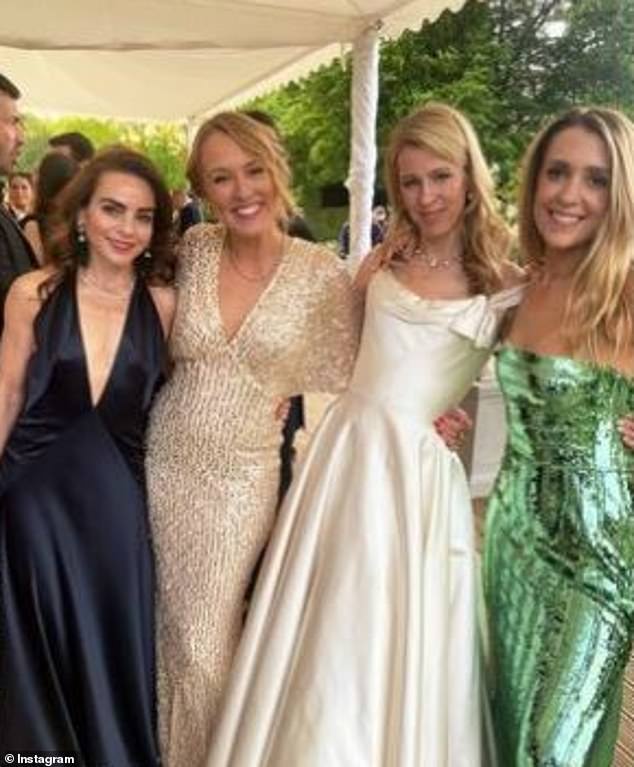 Breathtaking: The bride, who looked resplendent in an ivory satin gown and glittering tiara, excitedly shared photos and videos taken by her equally glamorous bridesmaids 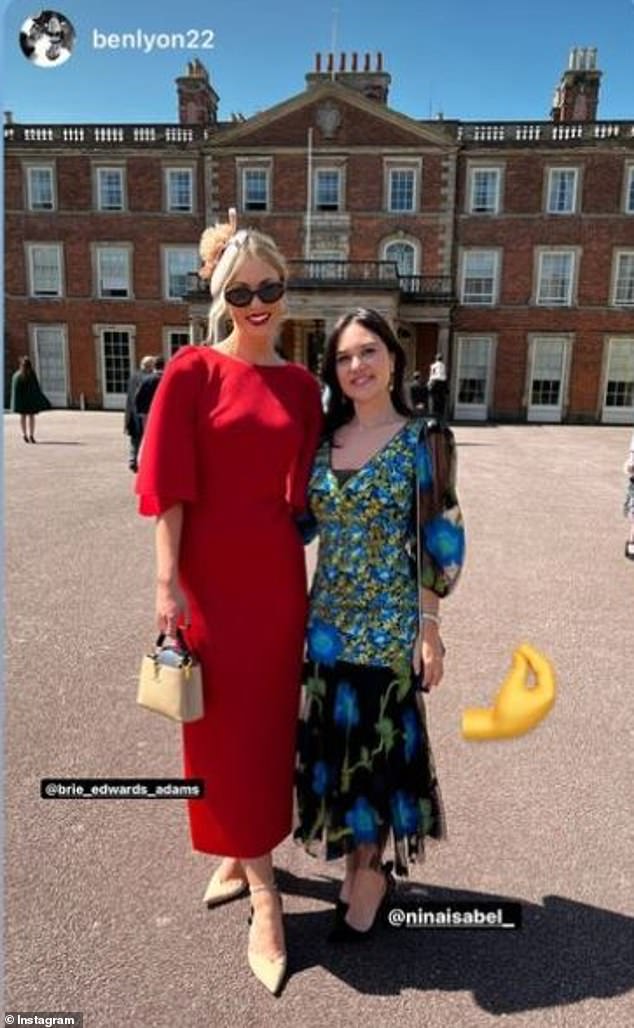 Steeped in history: Built in the 17th century, Weston Park was gifted to the nation in 1986 after Alexander’s father, Richard, succeeded as 7th Earl — and was promptly saddled with crippling death duties. Pictured, guests pose for photos outside the venue 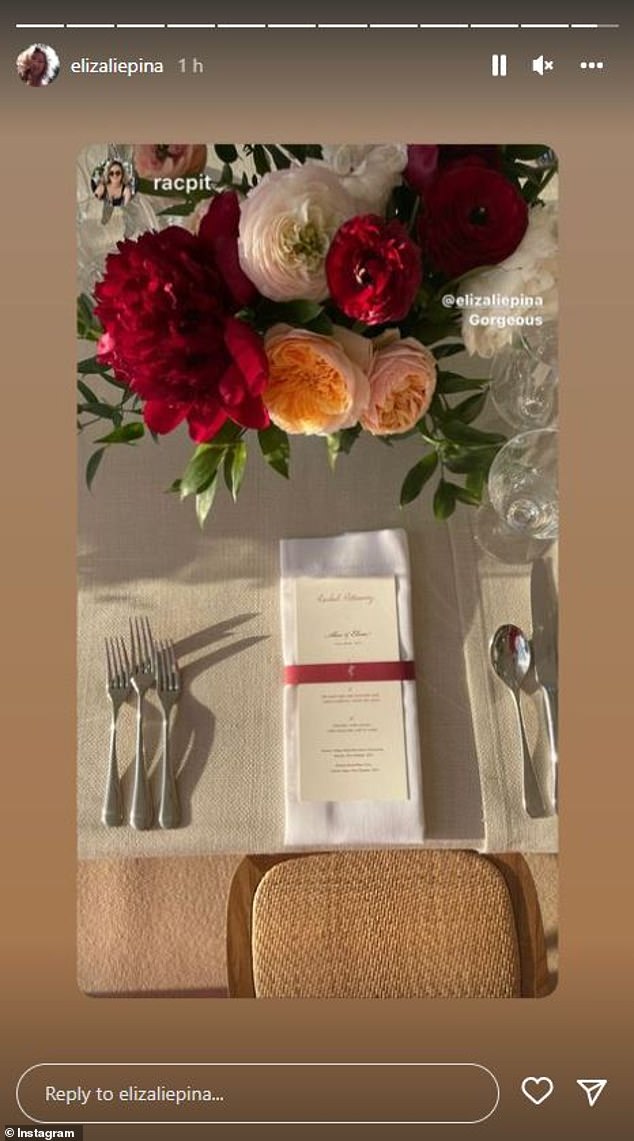 Elegant: The couple celebrated their nuptials with a black tie bash for 190 that was held in a marquee in the grounds of the country pile. Above, a photo of the table setting 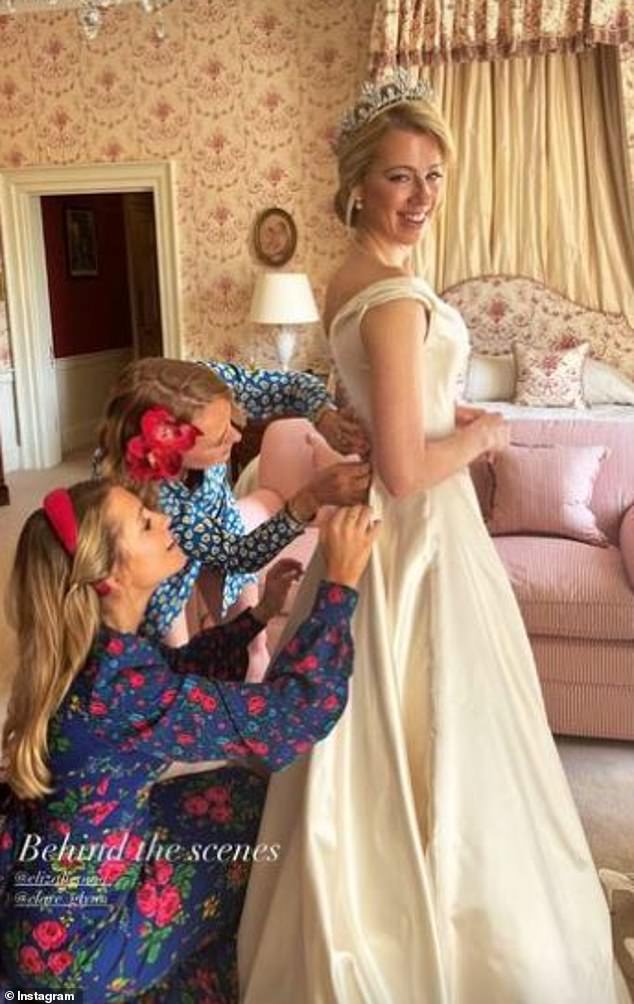 Getting ready: Eliza beams in a photo taken by one of her bridesmaids ahead of the ceremony. She was joined by her closest loved ones as she put the final touches on her bridal ensemble

The bride, who looked resplendent in an ivory satin gown and glittering tiara, excitedly shared photos and videos taken by her equally glamorous bridesmaids.

Built in the 17th century, Weston Park was gifted to the nation in 1986 after Alexander’s father, Richard, succeeded as 7th Earl — and was promptly saddled with crippling death duties.

It is now open to the public and available to hire for weddings.

Alexander is managing director of Bradford Estates, which maintains control of 12,000 acres on the Shropshire and Staffordshire border.

The new Viscountess Newport was born in Latvia, where her parents endured life under Soviet communism before leaving for a fresh start in New Zealand. 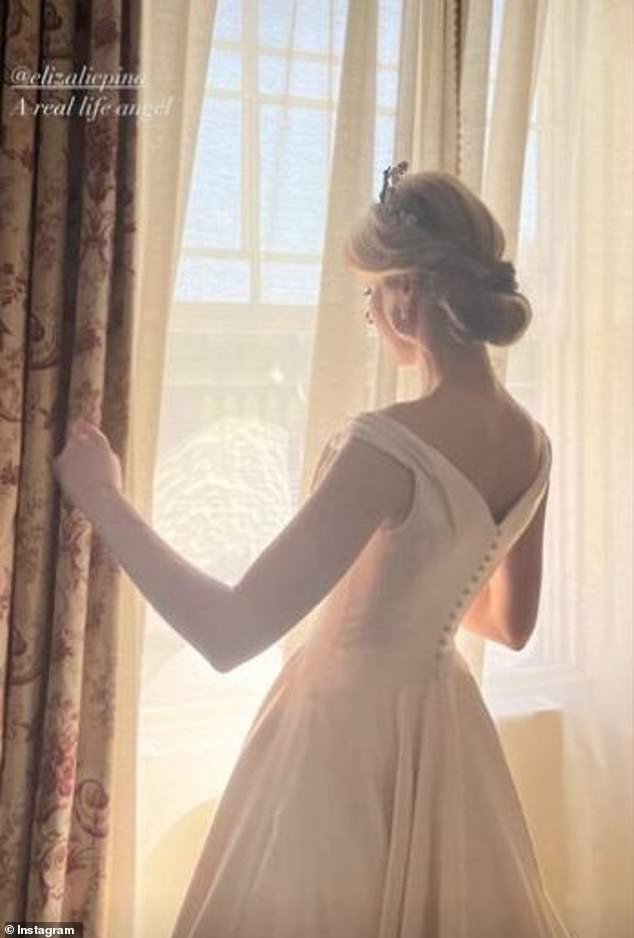 Attention to detail: The back of the classic gown featured a V-cut and delicate buttons down the bodice. Eliza wore her hair up for the service (as pictured) and later took it down 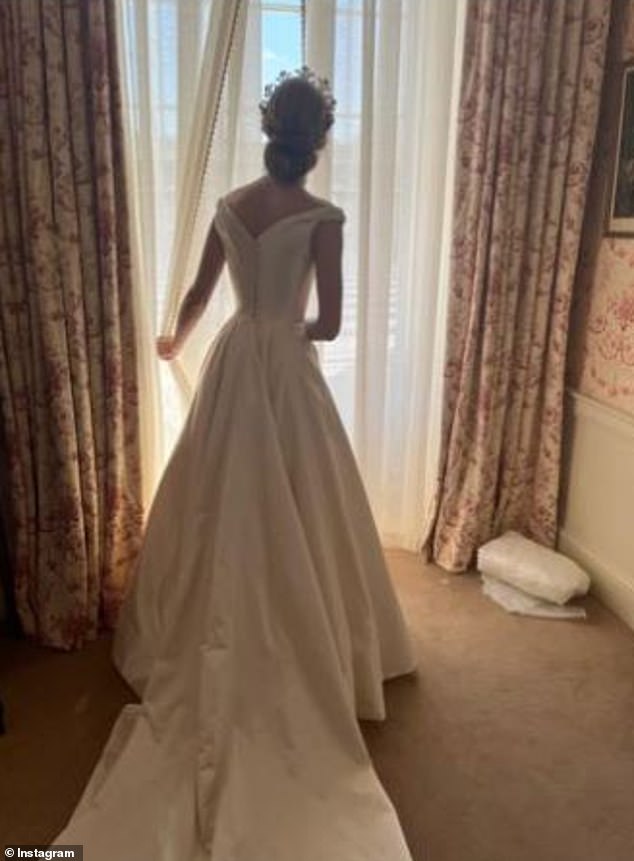 Fit for a princess: The gown featured a train, pictured, and was finished with a lace veil 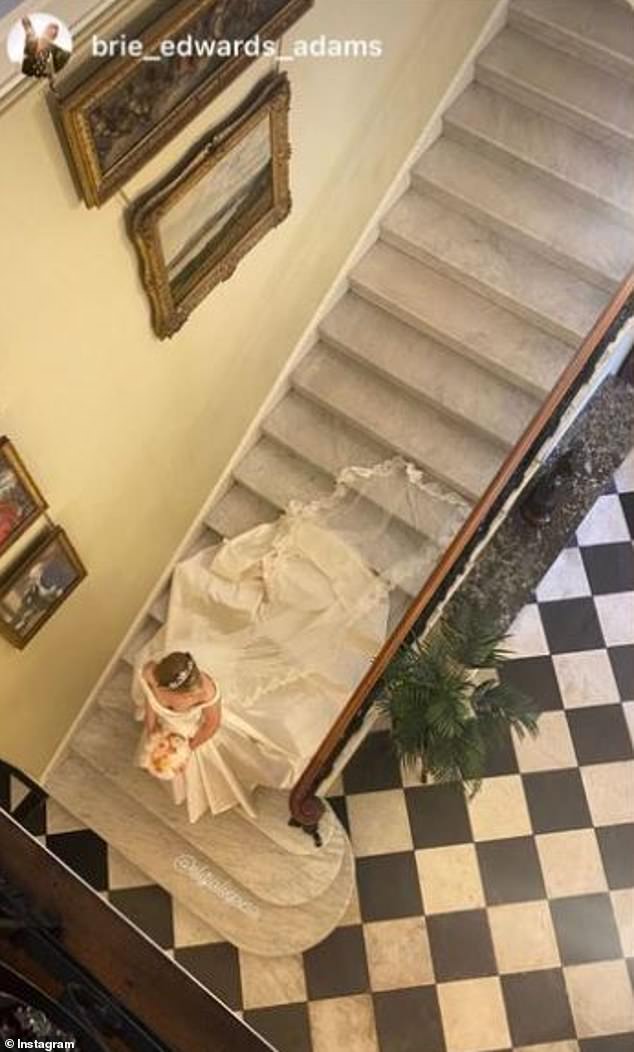 Regal: A beautiful photograph shows Eliza descending the stairs of the stately home ahead of the service in the church in the grounds of the Staffordshire stately home 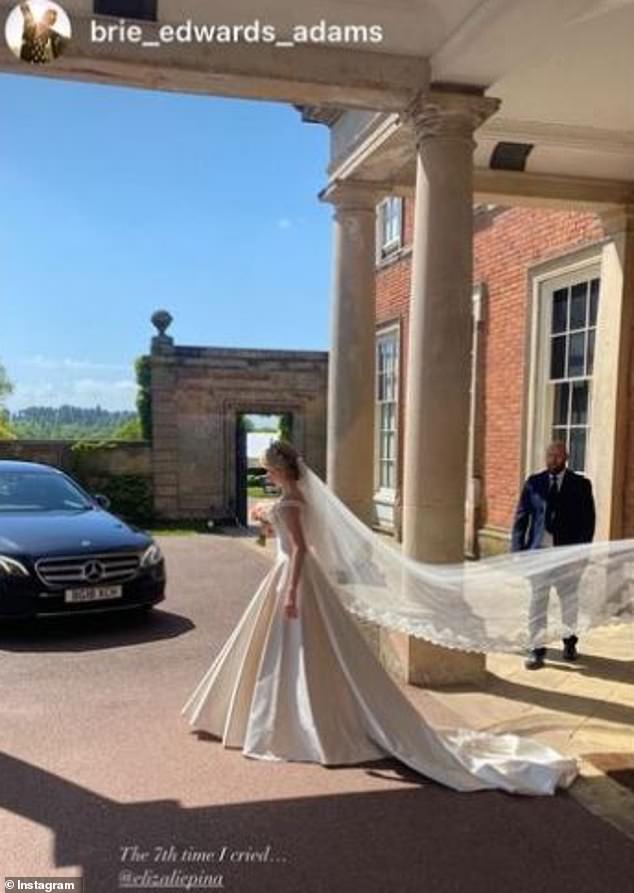 Here comes the bride! A bridesmaid held Eliza’s veil as she stepped out of Weston Park and into the stunning spring sunshine ahead of her wedding to Alexander, Viscount Newport

She studied at the University of Auckland, the highest-ranked university in New Zealand, where she earned a degree in Commercial Law and Operational Management.

After leaving university she worked as a Development Manager at Auckland-based hospitality company before moving to New York to work for a property firm providing co-working spaces.

After undergoing various global projects for the firm, Eliza moved on to London-based agency Soho Form, where she remained until March 2019. 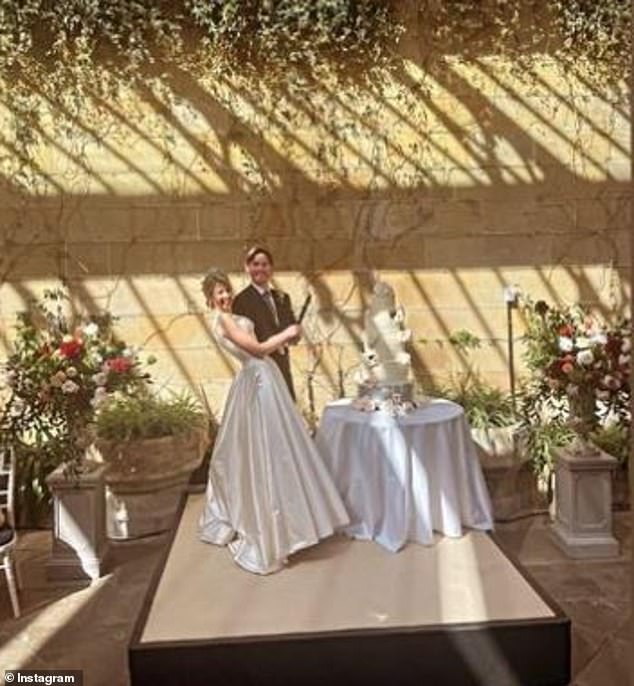 Cutting the cake! The couple were joined by their family and friends as they celebrated their union. The wedding had an English countryside theme and was bursting with fresh flowers 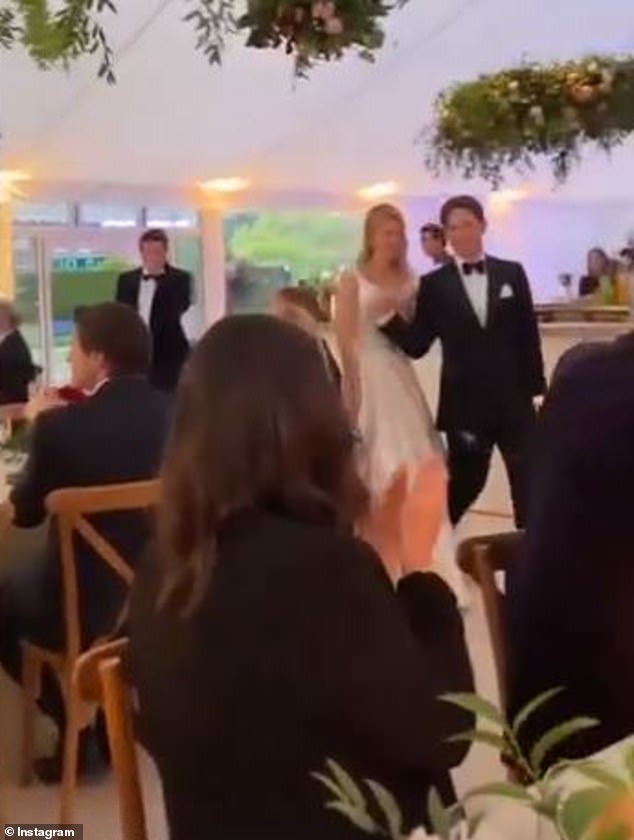 Time to celebrate: Alexander and Eliza were cheered as they entered the marquee hand-in-hand. Stunning floral displays hung from the roof of the marquee added to the spring theme

While working for the firm she helped design the 2,000 sqft Ophelia cocktail lounge on the 26th floor of the Beekman Tower in Manhattan.

She is now self-employed and juggles life in London with trips to her husband’s family holdings in the countryside.

Eliza opted for a timeless ivory wedding gown with a scooped, off-the-shoulder neckline, nipped in waist and full A-line skirt. The look was finished with a stunning tiara and delicate lace veil.

Eliza met Alexander, who was named one of Tatler’s most eligible Viscounts, at swanky West-London private members club Electric in Notting Hill, where they were introduced by a mutual friend. 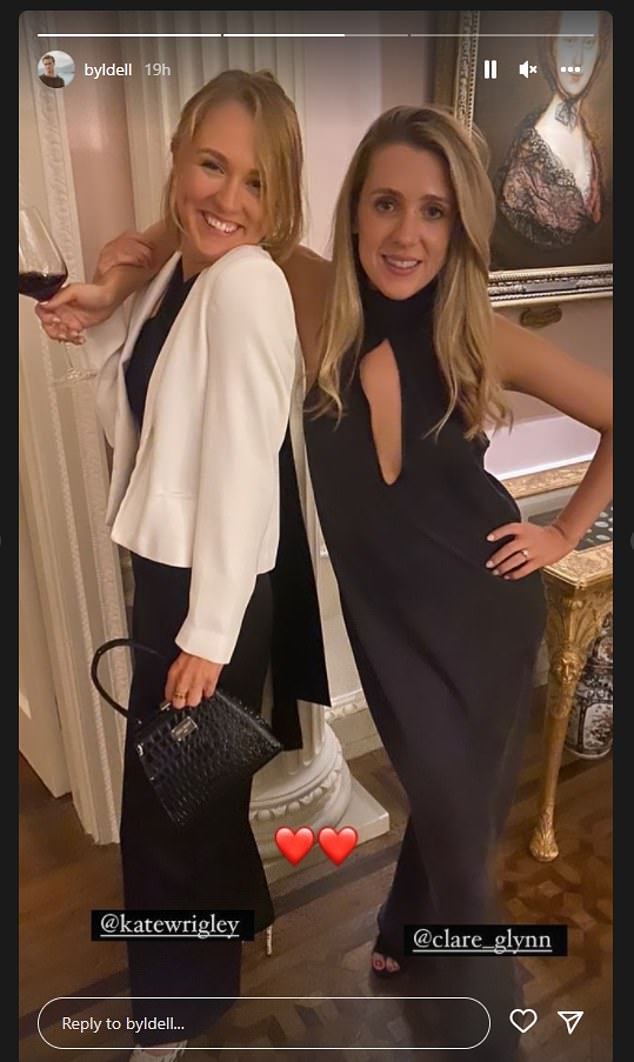 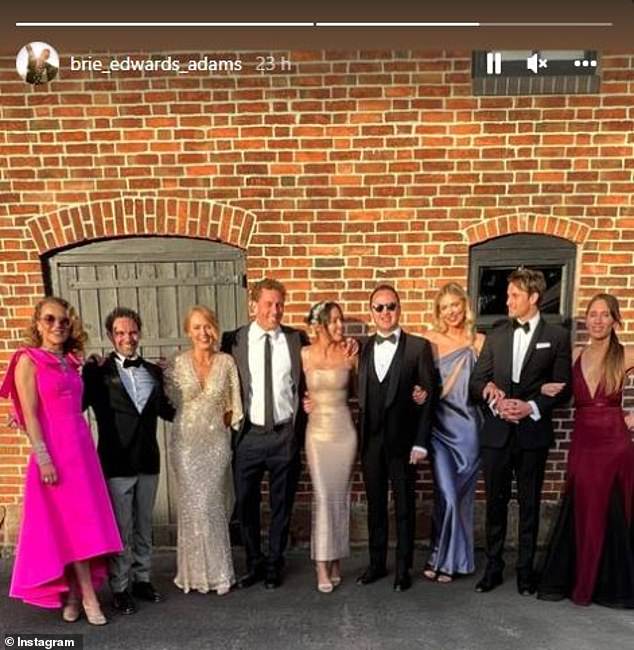 All-out glamour: Sequins, gowns and tuxedos were the order of the day as friends and family gathered in the Staffordshire countryside to celebrate the new Viscount and Viscountess Newport 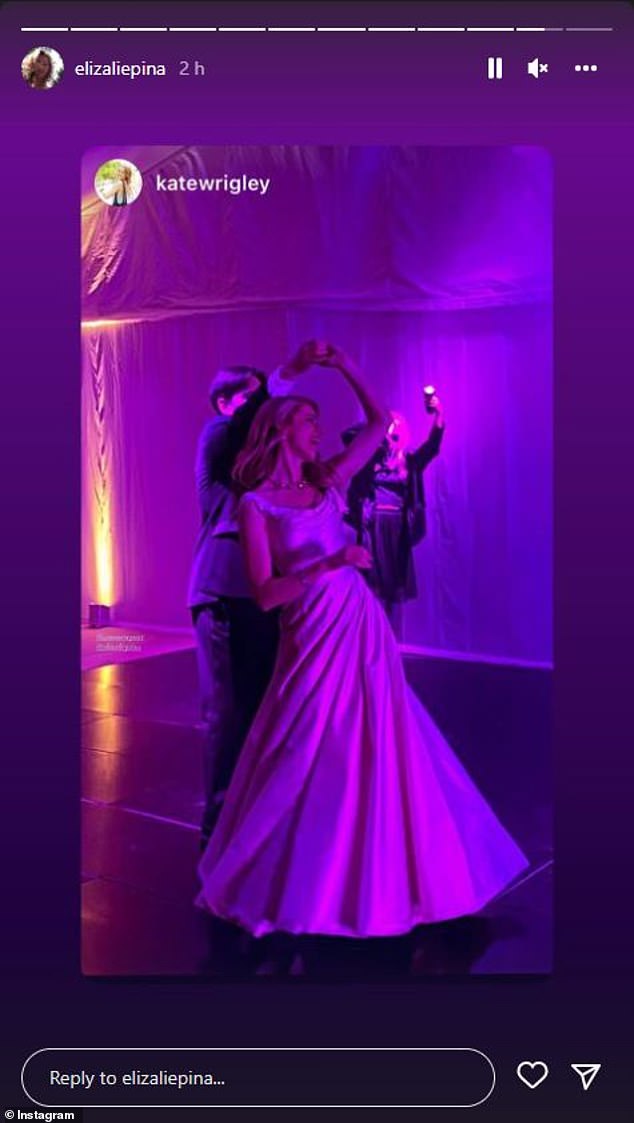 Party time! Alexander and Eliza took to the dancefloor as the festivities continued on Saturday

They became engaged a year after meeting and Eliza introduced Alexander to her parents when they paid a visit to London in February 2020.

But due to the pandemic there was no chance for Alexander, 40, to meet them to seek her hand in marriage – promoting him to take a new approach to aristocratic tradition.

‘He video-called them,’ a friend told the Daily Mail’s Sebastian Shakespeare, ‘And asked them for their permission the week before he asked Eliza.’

After he was given parental approval he then whisked Eliza off for a weekend in Gloucestershire to propose.