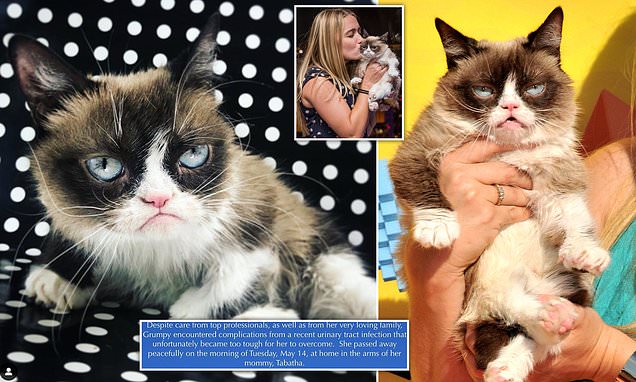 Some days are grumpier than others: Internet sensation Grumpy Cat passes away after amassing a $100M fortune – and sparking countless memes and a movie

The world’s crankiest cat with a permanent scowl that has inspired countless memes, a best-selling series of books and a movie has passed away.

Grumpy Cat, owned by Tabatha Bundesen from Morristown, Arizona shot to fame in 2012 in a YouTube video that got 15.7 million views, and earned more than Hollywood stars Nicole Kidman, Cameron Diaz and Matthew McConaughey during her time in the spotlight.

Even amassing a reported $100M fortune was not enough to put a smile on the face of the internet sensation – real name Tardar Sauce.

Her family took to Instagram this morning to announce the news that she’d died from a urinary tract infection, saying: ‘Some days are grumpier than others’. 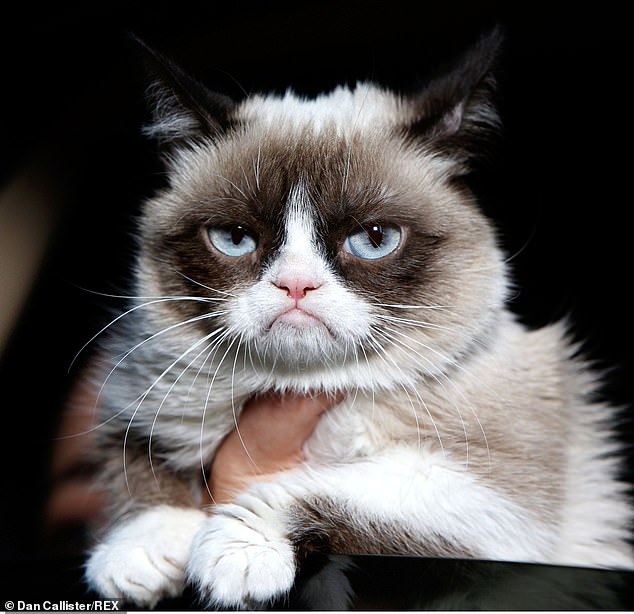 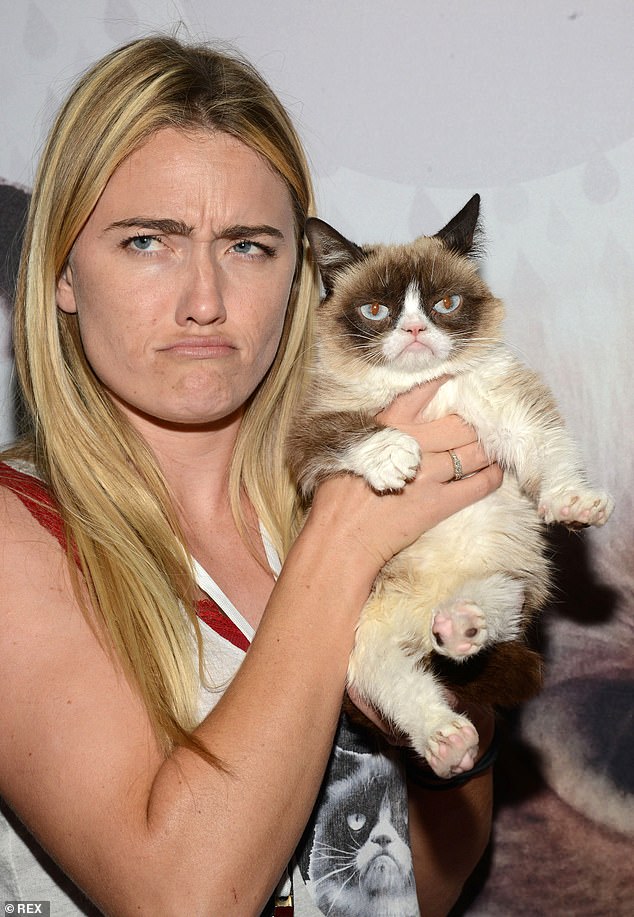 Within days of her first appearance on social media, Grumpy’s owner Tabby Bundesen was able to quit her job as a waitress. She has earned a reported $100M from her famous pet

Within two days of her first appearance on social media, her owner was able to quit her job as a waitress and the phone ‘never stopped ringing’.

Grumpy was born with dwarfism and an underbite, giving her a disgruntled expression.

At the time of her death she had 2.4m followers on Instagram,

Her first book, Grumpy Cat: A Grumpy Book, was a guide to attaining ‘true grumpiness’ from the self-appointed ‘master of bad attitude’.

The follow-up, The Grumpy Guide To Life: Observations By Grumpy Cat, advises that ‘It’s always good to have a partner in crime – you need someone to blame when people start asking questions’.

She was the ‘spokescat’ for a Friskies brand of cat food and her latest deal is for her own brand of iced coffee, Grumppuccino.

Her Hollywood debut, Grumpy Cat’s Worst Christmas Ever, attracted millions of viewers and was the most tweeted about film on its release date.