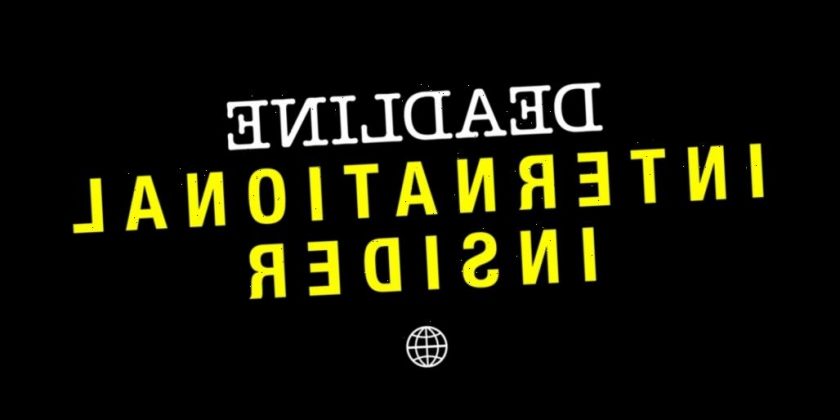 Happy Friday all, and welcome to International Insider, your weekly guide to everything that’s worth knowing in global film and TV. Jake Kanter with you this week. Got feedback or a story? I’m on [email protected] or my DMs are open on Twitter. And sign up here to get this delivered to your inbox every Friday. 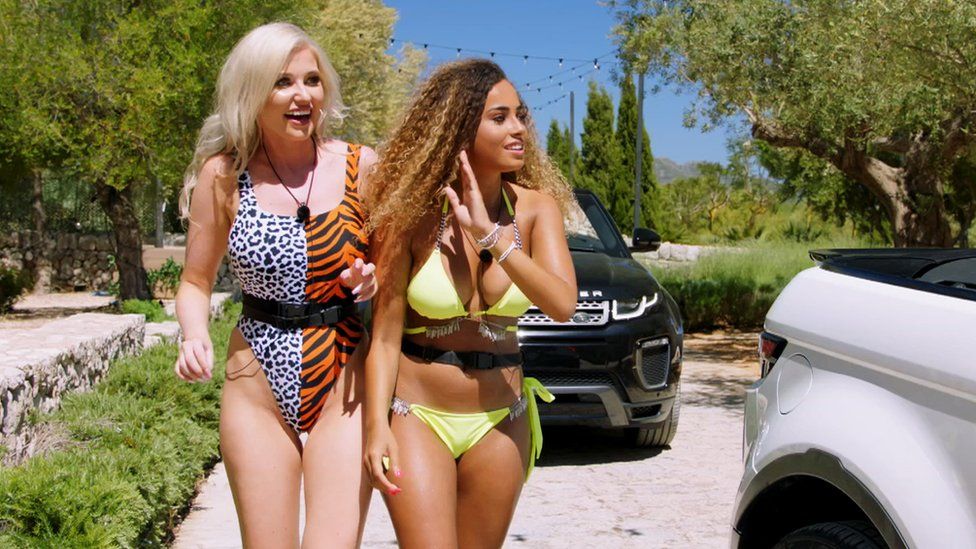 One big thing to know this week: It’s roughly a year to the day since coronavirus shuttered film and TV shoots across the world, and we’re now getting a clear picture of what that has meant for the financials of some of the globe’s biggest production groups. The story is unsurprisingly grim after ITV Studios, Fremantle, and Red Arrow Studios all reported earnings in the past seven days. The producers behind Love Island, American Idol, and Love Is Blind had close to $1 billion wiped off their combined revenues in 2020 because of the pandemic, while their collective profits sunk by $232 million. These tallies will only rise as other international producers reveal their financials. A sobering thought in an era when it should be absolute boom time for television production. 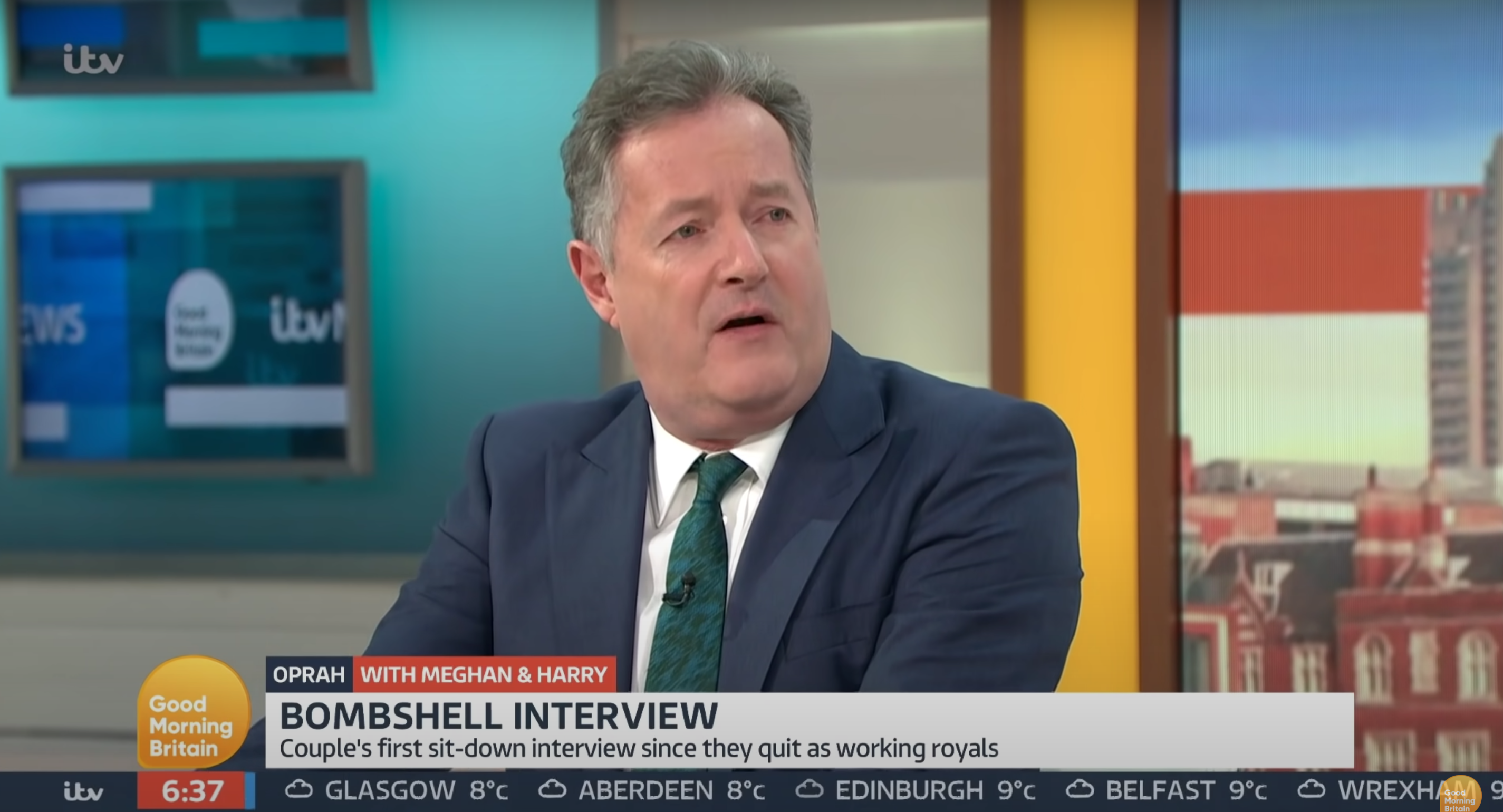 Tears for Piers? Britain’s breakfast foghorn Piers Morgan is out of a job after a wild week. It all happened in a matter of hours, as the former CNN presenter bent a global news story about Meghan Markle firmly in his direction with incendiary comments about the Duchess of Sussex’s mental health. Morgan said he did not believe Markle when she revealed that her royal experience left her feeling suicidal during her bombshell CBS Oprah Winfrey interview. The comments prompted 41,000 complaints to UK media regulator Ofcom (the most for a single show in nearly 15 years), while representatives for Markle also made their displeasure known to ITV.

The crunch point: Sources say ITV wanted Morgan to apologize. He refused and walked. One insider told us: “He was definitely pushed. Pushed in that [ITV content boss] Kevin [Lygo] agreed he should go.” Another person added that there had been “collective exhaustion” at ITV over the consistent controversy Morgan created. His final show on Tuesday was watched by nearly 1.3 million viewers, meaning it pulled ahead of BBC Breakfast for the first time in its seven-year history. “That was down to the hard work & dedication of the whole team,” Morgan said in a valedictory tweet. “They don’t all agree with me, some don’t even like me, but we were a team..and we won.”

What now for Morgan: Speculation is rife that the presenter will not be short of offers post-ITV. Discovery-backed news channel GB News is said to be an admirer of Morgan’s and has shown that it is prepared to splash the cash for talent ahead of its launch later this year, hiring names including former BBC presenter Andrew Neil. Rupert Murdoch is also planning to launch a UK news channel, named News UK TV, and Morgan would be a statement signing. Led by David Rhodes, a former CBS and Fox News executive, the channel approached Morgan last year, according to the Financial Times. One source told us that a return to ITV should not be ruled out either: “The clock is running on his return. All ratings gold for a company looking at a massive profit loss.”

What now for ITV: It was meant to be a week in which ITV basked in the glow of having exclusive UK rights to an enormous royal scoop. Instead, it was embroiled in a controversy of its own making and around £200M ($278M) was wiped off its market value the day after news of Morgan’s departure broke. Beating BBC Breakfast was a highly symbolic moment, given ITV’s various morning show incarnations have been roundly trounced by the BBC over the past decade or more. It’s potentially lucrative too, with advertisers liking the kinds of audiences Good Morning Britain is capable of pulling. The job for ITV then is protecting the gains made by Morgan — gains that have already slipped in his absence (Breakfast had a 600,000 viewer lead over GMB on Thursday). Installing another big personality in the hot seat could be the way forward and there is already speculation about who that might be. The Sun reported today that waspish lawyer Rob Rinder could be a good bet, not least because he’s pals with GMB anchor Susanna Reid. Read all our Morgan coverage here. 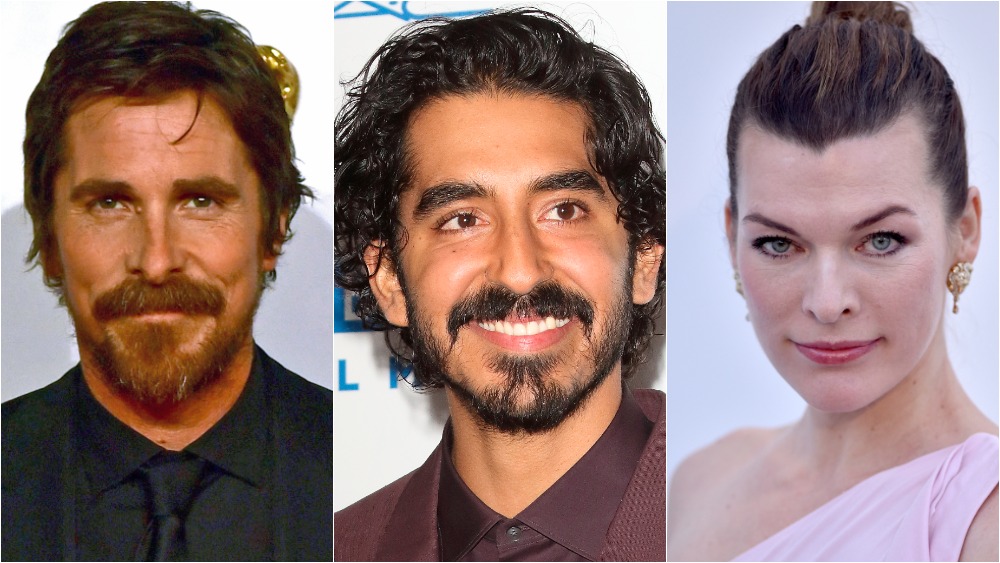 Netflix goes big: Netflix stole the show at the virtual EFM with splashy deals for movies including Dev Patel starrer Monkey Man — which we revealed just minutes ago — The Pale Blue Eye, Operation Mincemeat, and The Ice Road. As we first told you, the streamer’s $55M pact for Christian Bale thriller Pale Blue Eye marked an EFM record, while the U.S. deal for The Ice Road was a domestic record at the Berlin get-together. The indie buyers managed to get their hands on some of the bigger properties too, including Paul W S Anderson’s fantasy-adventure In The Lost Lands, starring Milla Jovovich, and Shailene Woodley pic Panopticon. There are also more deals in the works on some of the bigger titles. All in all, it has been a busy and productive market. Check out our full coverage here. 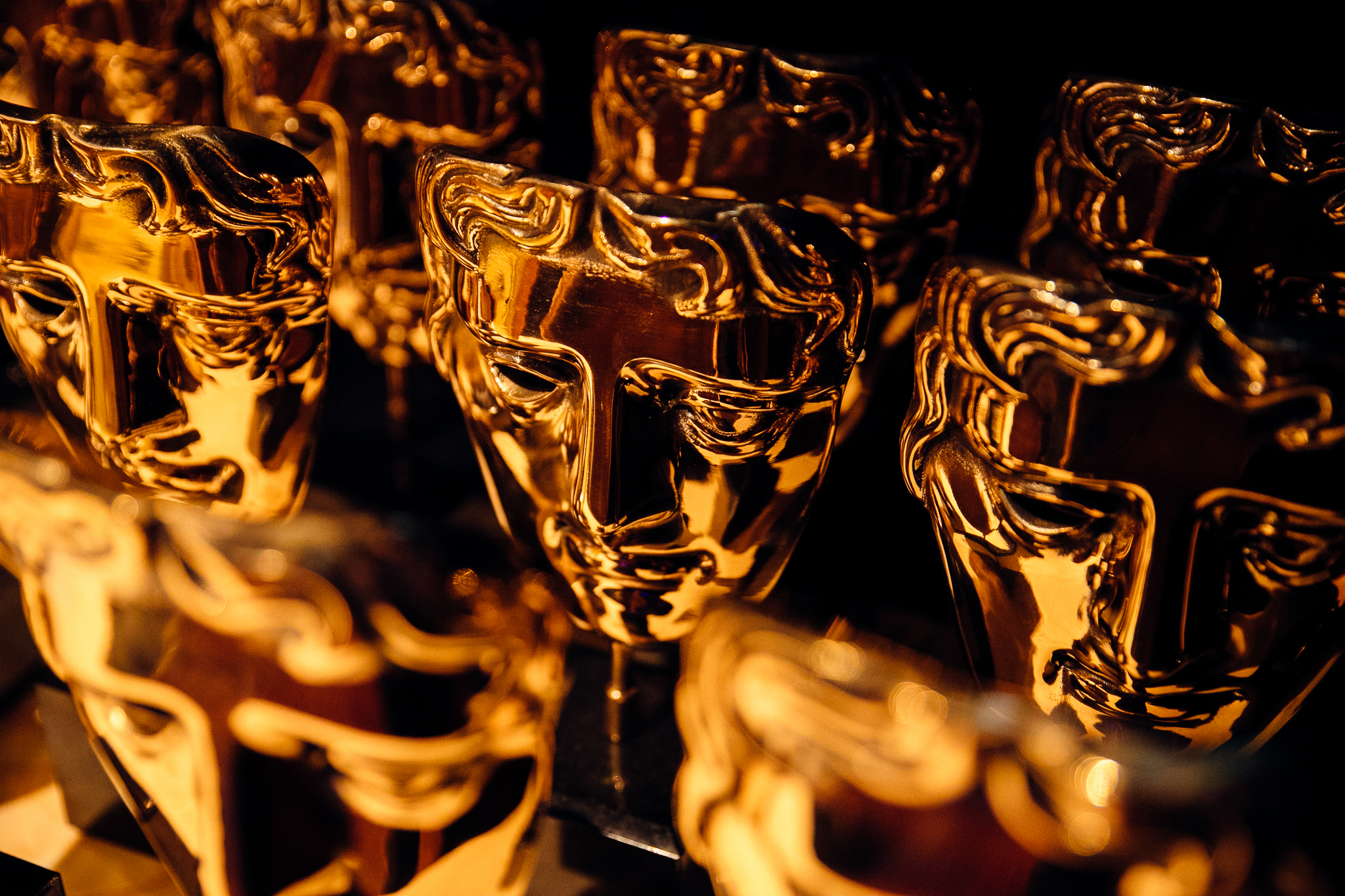 What a difference a year makes: BAFTA was hailed on Tuesday as it pulled the curtain back on surely the most diverse set of Film nominations in its 74-year history. It’s a far cry from 2020’s #BaftaSoWhite howler and represents the fruits of a seven-month review, which resulted in changes including increasing all four acting categories and the best director category to six nominees. Check out the nominations in full here.

A few diversity factoids: Some 21 of the 24 performers in the acting categories are first-time nominees, while 15 are from under-represented groups. In a BAFTA first, four women have been nominated in the director category. There was also a strong showing from British films, three of which feature in the Best Film category. “It’s such a refreshing list and represents a real change,” BAFTA chair Krishnendu Majumdar told my colleague Diana Lodderhose.

Films leading the pack: Nomadland and Rocks both scooped seven nominations each, including noms for filmmakers Chloé Zhao and Sarah Gavron’ in the best director category. Four films scored six nominations: The Father, Mank, Minari, and Promising Young Woman. The Dig and The Mauritanian garnered five nominations each.

Something to chew on for 2022: With many big U.S. movies held back due to Covid and voters only able to watch films at home, the pandemic is likely to have played a part in the vastly different makeup of the nominees this year. Next year should offer a better idea of how lasting voting change will be. 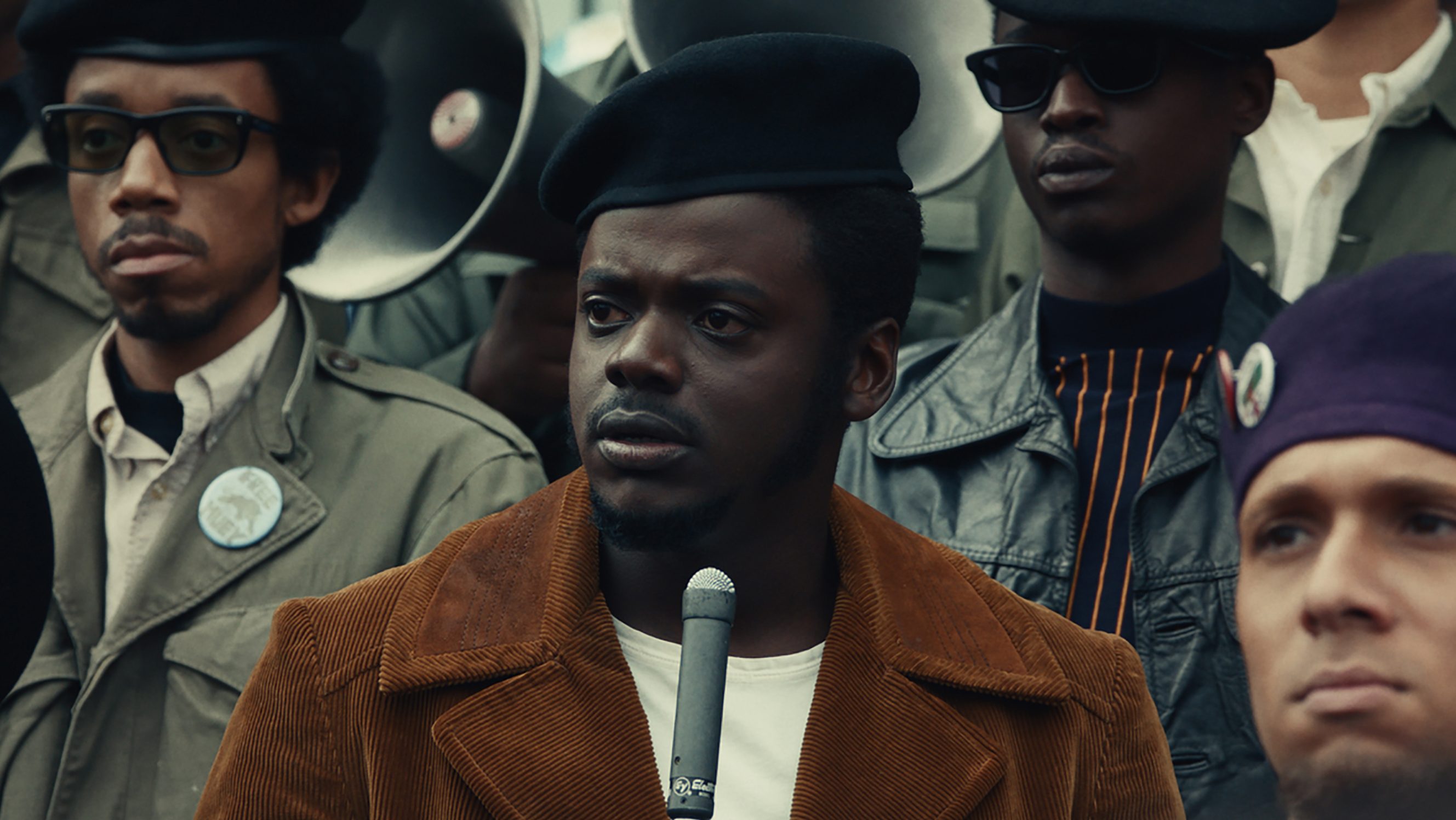 🌶️  Hot one of the week: Natalie Portman and Lupita Nyong’o are to star in a limited series adaptation of Laura Lippman’s book Lady In The Lake for Apple TV+. His Dark Materials outfit Bad Wolf is co-producing. Peter White had the story.

🌶️  Another hot one: The BBC and Amazon have signed up The Crown’s Claire Foy and WandaVision star Paul Bettany to headline the long-awaited second season of A Very English Scandal. It centers on a 1963 sex scandal involving Margaret Campbell, the Duchess of Argyll. Go deeper.

🌶️  One more: Netflix sensation Bird Box is expanding with a Spanish-language spinoff. The movie will reunite Netflix with producers Dylan Clark and Chris Morgan, but it will also have a distinctly Spanish flavor. Full story.

🏆  Awards news 2: Michaela Coel’s BBC/HBO series I May Destroy You was the big winner at the UK’s Broadcasting Press Guild Awards on Friday. Our report.

✍️  International Critics Line: Todd McCarthy has now seen all 15 of the Best International Feature nominees for the Oscars. This list will get scythed down to five films next week. “It was, for the most part, stimulating to encounter so many fresh voices from some often little-heard-from realms of the cinematic world,” McCarthy said. Read his full report here.

🚚  On the move: Tom Toumazis, a former Disney and Endemol Shine executive, is to become the non-executive chair of Snipple Group, the Philippines-based animation studio that has worked on series including Where’s Waldo?. More here.

☀️  Sundance heads east: The Sundance Film Festival is coming to Asia in 2021. The Park City event will launch a new offshoot in the Indonesian capital of Jakarta in late summer. Tom Grater has the details.

🎦  Trailer dash: Now we’re sucking on diesel! The BBC has released the first full trailer for Season 6 of its hit police corruption drama Line Of Duty. Watch it here. 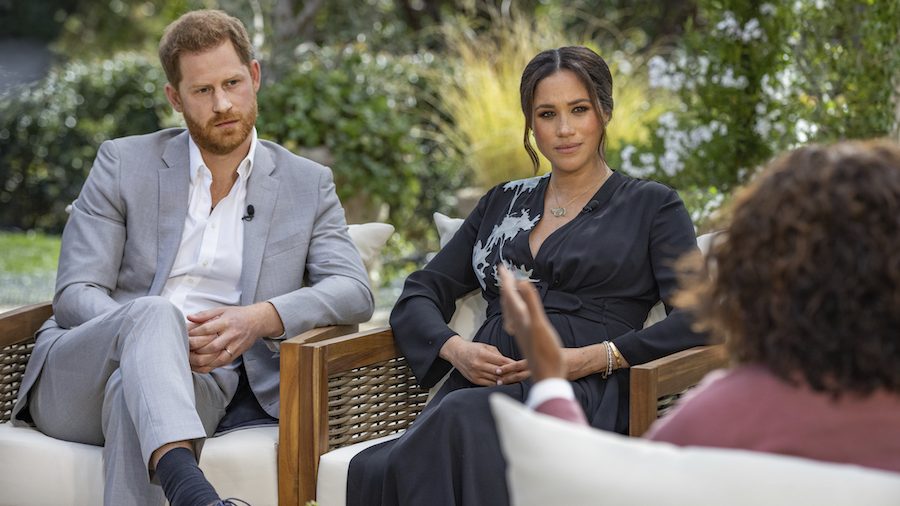 Play your ratings right: ITV CEO Carolyn McCall revealed that there were virtual office sweepstakes on the ratings for its broadcast of Meghan Markle and Prince Harry’s explosive interview with Oprah Winfrey. She would not be drawn on her guess, but one suspects that even if she was wide of the mark, she’ll be happy with the actual result. A whopping 13.5 million people tuned into the two-hour special (including ITV Hub streams), with a 24-hour delay and a flood of headlines seemingly increasing Brits’ appetite for the Sussexes’ bomb dropping. McCall reckons ITV will recoup all of its reported £1M investment in the CBS special. No doubt about it, Meghan and Harry are box office.