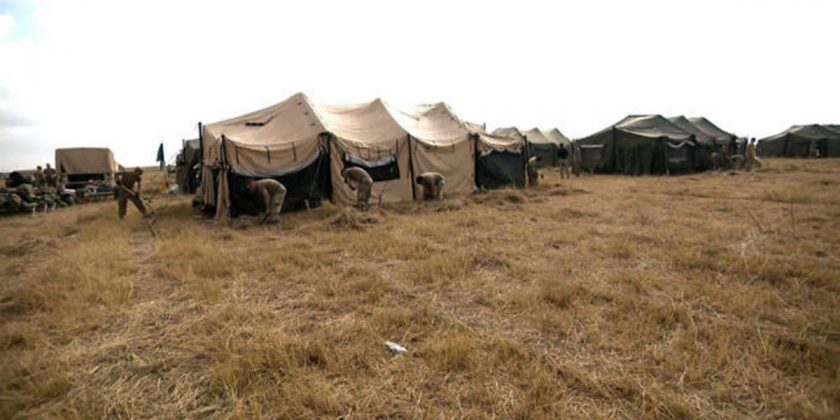 The Trump administration is placing new restrictions on immigrants seeking U.S. asylum, but some advocates say the move violates federal law. The mandate, targeting a caravan of Central Americans moving toward the border and announced on Thursday, declares that anyone crossing the southern border illegally will be ineligible for asylum.

CBS News’ Mireya Villarreal was with army troops all day Thursday as they put up barbed wire fencing at the border. But just 20 feet behind that barbed wire is the border wall, which has some locals questioning what exactly a four-foot barrier will do that the wall and agents can’t.

In less than a week, the U.S. military turned nearly 40 acres of barren land in the small border town of Donna, Texas, into a fully operational military base.

“So really what it takes is a lot of teamwork to make something like this run,” said Captain Lauren Blanton, who helps run the base.

More than 600 soldiers staff the base, set up by the Trump administration to support Customs and Border Protection agents. In the middle of the base there’s a makeshift parking lot that’s been created for the dozens of military vehicles there including cargo trucks, Humvees – anything that can go into the rural parts of the Rio Grande Valley. From what we know, more are still coming.

The camp is a fortress equipped with massive housing tents and endless yards of barbed wire fence. It also features a fully functioning hospital that 1st Lieutenant Lee Dimaculangan said can hold up to four trauma patients, but could be expanded. According to Dimaculangan, they’ll have four physicians, two PA’s and a nurse on hand.

In part, the personnel there are preparing for a migrant caravan expected to arrive at the border before year’s end. It consists of roughly 5,000 asylum-seekers from Central American countries.

Critics have accused President Trump of using the military move as a political stunt. Captain Blanton said that kind of talk matters to the soldiers stationed there.

“That matters and if it matters to the American citizens, we are too. So in the same way we ask every informed citizen to go and do research, ask questions, listen to what’s going on and then have a real conversation, we ask our soldiers to do that as well,” Blanton said.

More than 5,600 troops right now are stationed along the U.S.-Mexico border.