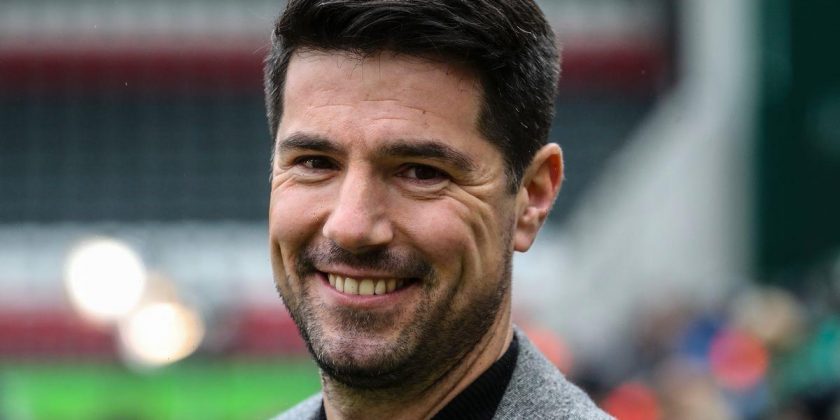 This Morning viewers got a pleasant surprise today whenCraig Doyle stepped in as a replacement presenter.

WhileAlison Hammond andDermot O’Leary typically present the ITV show’s Friday episode, Craig has been busy filling in -and it’s gone down a treat with fans at home.

Taking to Twitter to express their delight, one user wrote: “We need Craig as a presenter more often! Love him”.

Meanwhile, another agreed and added: “Craig needs to be permanent on this morning #ThisMorning”.

But away from the cameras and lights, off-screen Craig lives with his wife Doon and their four children.

Luckily for viewers, the 51 year old often shares snaps of the stunning property for his 17,200 Instagram followers to see and has given a glimpse inside his family home.

In one clip posted to the platform, the BT sport presenter showed off his incredible football skills as he kicked a tea bag into an empty cup.

As part of the video, fans were given a quick look into the star’s kitchen which featured a series of white cabinets with light wooden worktops.

On one wall, viewers could see a series of colourful cookbooks, as well as a modern microwave which was integrated in the wall unit.

Elsewhere, Craig proved that he is a serious fan of gadgets as a variety of cream appliances were lined up in the corner of the room, including a coffee machine.

In another snap, the TV and radio personality revealed his home office space as he recorded an episode of Rugby Today.

In the photo, the Irishman showed off his work from home setup as he took to the home office table for a day’s worth.

While the light wood coloured table was filled with Craig’s recording equipment, with his laptop perched on a bin and a book, his followers caught a glimpse of the room’s white bright walls and black radiators.

Meanwhile the other side of the room was a lot more photogenic and featured an exposed beam with two industrial pendant lights.

To form his background, Craig could be seen in front of various computer monitors, a flat screen TV as well as a glamorous sporting trophy.

Outside, the This Morning host’s County Wicklow home has stunning views of the county’s beautiful rolling hills.

As the presenter used some toilet roll as a makeshift football, Craig showed off his dreamy garden which was set against a backdrop that featured mature trees and hill top views.

For all the latest lifestyle news, sign up to our daily newsletter here .