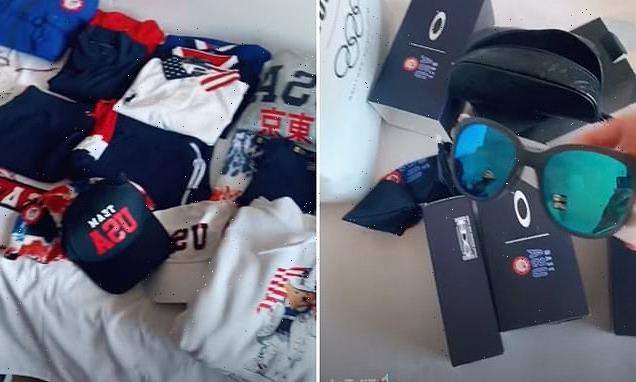 An Olympic-sized perk! Inside Team USA’s VERY swanky athlete swag bags, which are packed with thousands of dollars worth of Nike gear, Ralph Lauren clothing, Oakley sunglasses, and Samsung tech

While all of Team USA is hoping to bring home gold from the Olympics, win or lose, the athletes at least get to take home some very cool free stuff.

In fact, every member of Team USA has been gifted with multiple large swag bags, packed with goodies from sponsors like Ralph Lauren, Nike, Samsung, and Oakley.

Cody Melphy, a 28-year-old rugby player from Denver, offered fans a close-up look at all the clothes, electronics, and other fun freebies the athletes get to take home, sharing a pair of TikTok videos in which he ran down all the gifts before packing them into a suitcase and two large duffle bags. 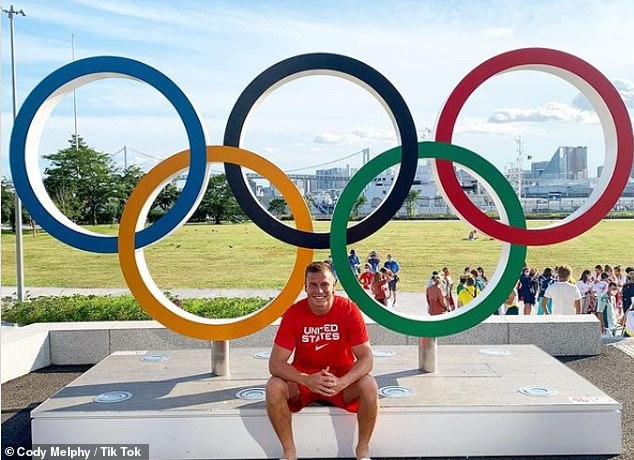 My goodies! Cody Melphy, a 28-year-old rugby player from Denver, offered fans a close-up look at all the free stuff Team USA athletes take home from the Olympics 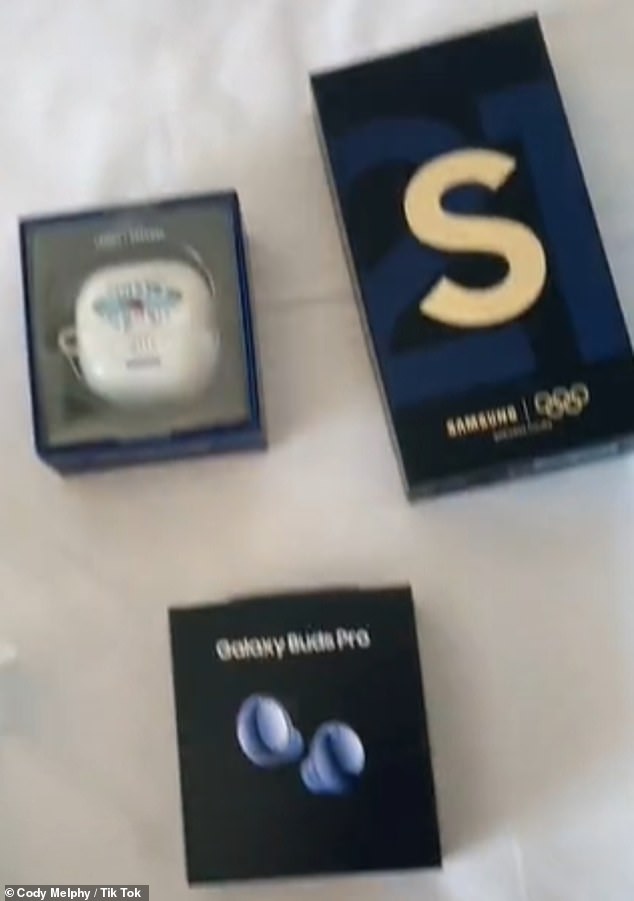 High-tech: He emptied a bag of Samsung electronics including $170 Galaxy Buds Pro and what appears to be a Galaxy Note 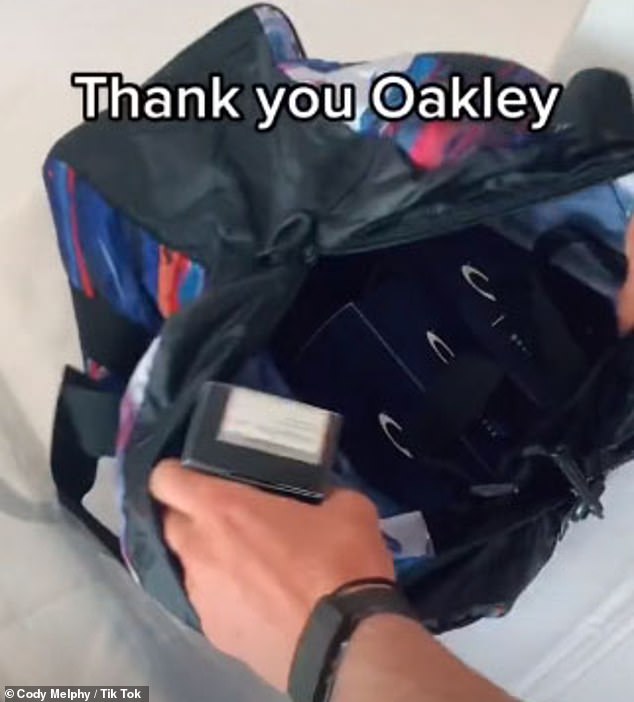 Shady: In another bag were four pairs of sunglasses from the brand Oakley 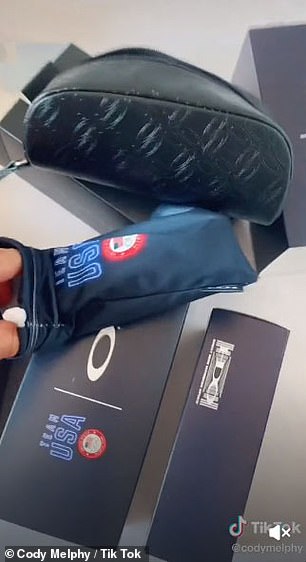 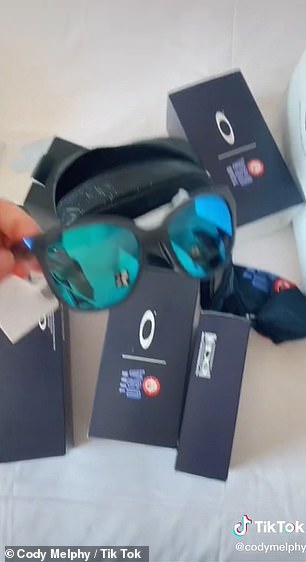 Keepin’ it cool: Oakley makes several Team USA sunglasses that are available to buy online, with prices ranging from $150 to $215

First, there is a small bag of goodies from Samsung, including two pairs of $170 Galaxy Pods Pro and a larger box that may be a Galaxy Note, which range in price from $400 to $1,300.

Next up he unpacks a bag with four pairs of Oakley sunglasses, including carrying cases.

Oakley makes several Team USA sunglasses that are available to buy online, including the $215 Holbrook design, the $204 Mercenary design, and the Sutro and Low Key styles, which are $193 each. The least expensive option is the $150 Frogskins design.

One of the biggest hauls came from Nike, which has been an International Olympic Committee sponsor since Sochi in 2014.

Melphy showed off all of the items spread out on his bead, including Nike hats, storage pouches, zip-up sweaters, T-shirts, pants, socks, backpacks, and more.

The items are available to purchase online — and worth quite a bundle.

Several of the items have quickly sold out online, while others may be exclusive to the athletes.

There are also at least three pairs of sneakers, including the Air Zooms, which cost between $95 and $275. 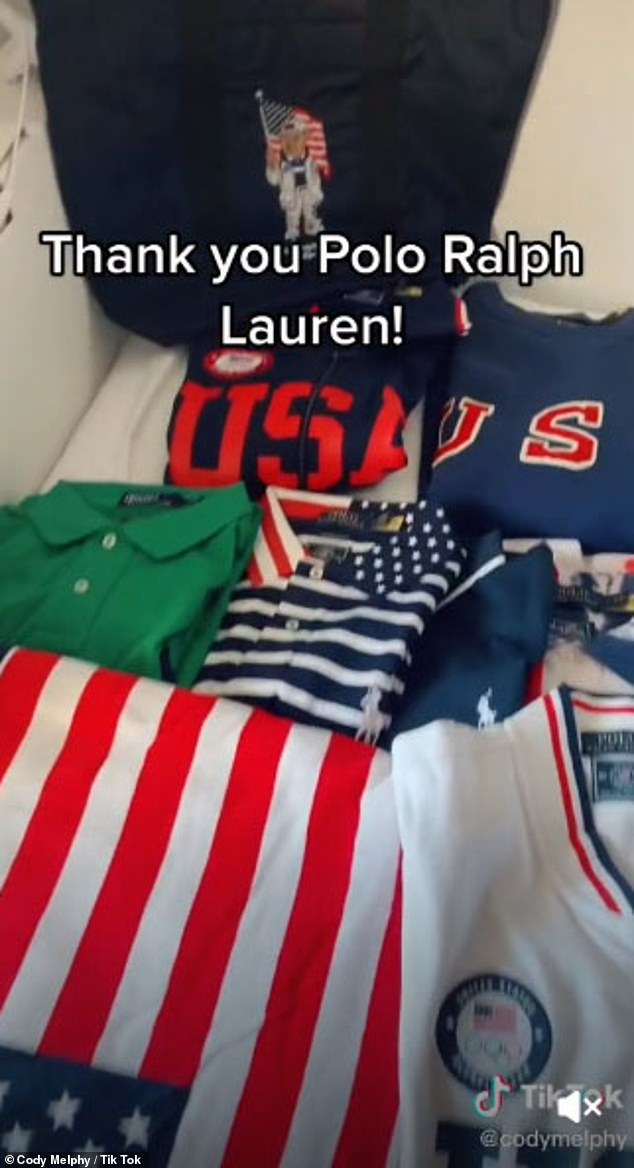 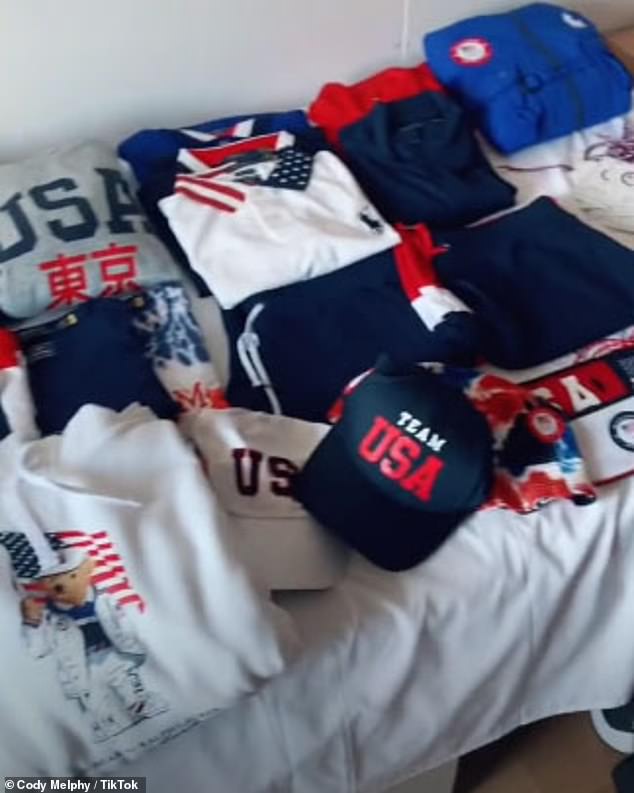 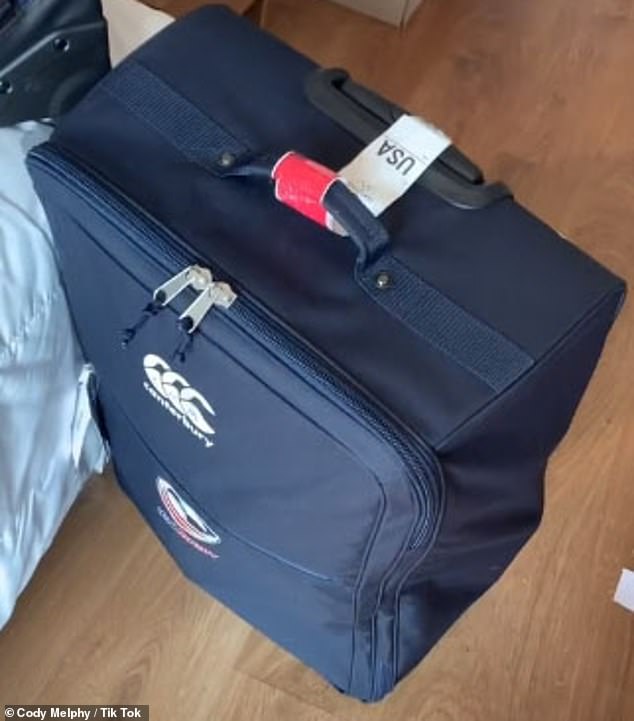 All taken care of! Melphy, a US Army veteran competing in the Olympics for the first time, said that the baggage fees are paid for 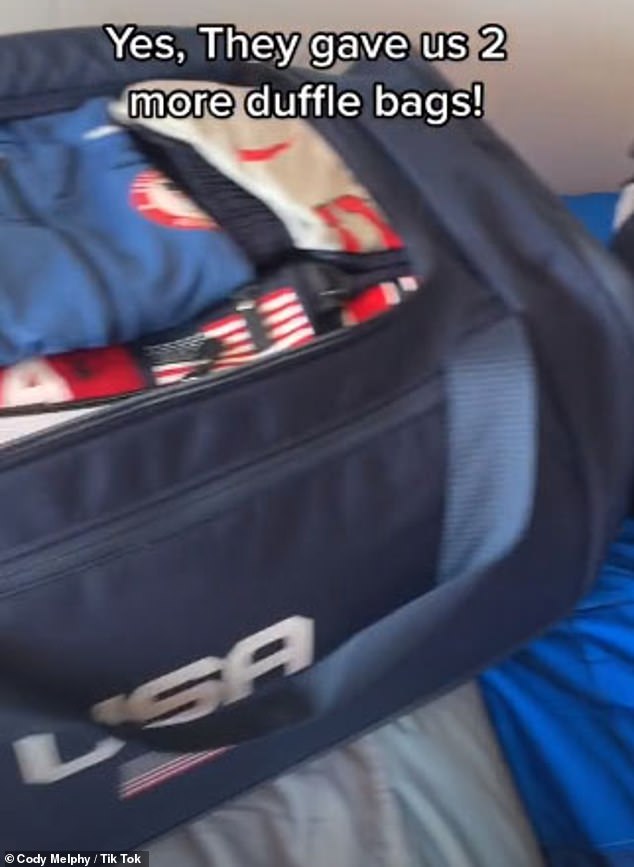 ‘They take care of us very well,’ Melphy said, showing how he is able to pack it all into one navy suitcase and two large Team USA duffle bags 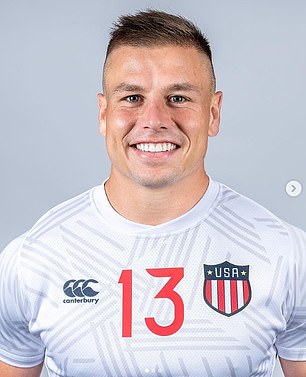 Finally, there are some other odds and ends, including a water bottle and a pack of colorful face masks.

Melphy, a US Army veteran competing in the Olympics for the first time, conceded that it is quite a lot of stuff to have to travel home with, but said that the baggage fees are paid for.

United Airlines, the airline sponsor of the Olympics, is likely to be covering the cost.

‘They take care of us very well,’ Melphy said.

To that end, he showed how he is able to pack it all into one navy suitcase and two large Team USA duffle bags.

He also promised to do a giveaway on Instagram when he is back in the US.