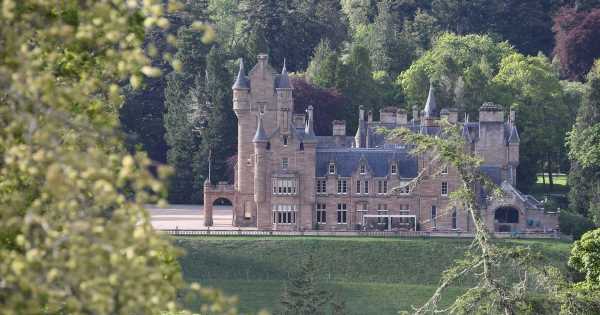 It seems like BBC's hit game show The Traitors is all anyone can talk about right now.

Described as the Highland Hunger Games, hosted by Claudia Winkleman, sees contestants attempt to work out who among them is a Traitor and who is a Faithful.

Meanwhile, the chosen traitors are tasked with going undetected while choosing one of the other contestants to “murder” each night.

Here's a peek inside the Scottish castle it's filmed in…

Where is The Traitors filmed?

The Traitors is filmed in Ardross Castle, north of Inverness in the Scottish Highlands. The 19th century castle is set within beautiful formal gardens and over 100 acres of parkland on the banks of the River Alness.

On the show, players spend a lot of time at the castle, seemingly only ever leaving to complete some of their tasks at other outdoor locations. It's unknown if they sleep there overnight or are transported somewhere off-site, but the castle has plenty of room to host them with accommodation on the grounds sleeping 28 comfortably.

Contestants are often seen in the spacious library in their spare time, where they sit together on the plush leather armchairs to discuss their theories with one another.

The long corridors of the castle feature large windows with impressive marble sills and the walls are adorned with historic paintings.

The room which hosts the Round Table, where contestants debate over and vote for who they think is a Traitor, is dimly lit and has very high ceilings, giving it an extremely eerie vibe.

Another place the contestants can get to know each other is in the drawing room, which boasts a huge wooden fireplace to cosy up in front of when the temperatures drop and a pool table for some friendly competition. The room is distinctly Scottish in design with its green tartan wallpaper and decorative wooden panelling.

Unfortunately the castle is a private venue and so Traitors superfans will not be able to visit on their next Scottish roadtrip.

However, it is available for exclusive use hire for corporate events and weddings.