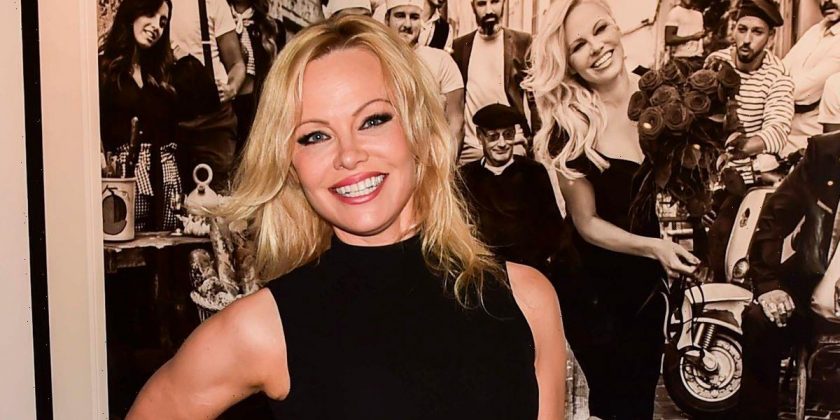 Pamela Anderson has allegedly filed for divorce from her fifth husband Dan Hayhurst, just over a year after exchanging vows.

Baywatch star Pamela, 54, fell in love with bodyguard Dan in 2020, and the pair's romance went from strength to strength with them tying the knot just months into their relationship.

However, it's now been revealed that the couple's "pandemic whirlwind" has reportedly fizzled out, and Pamela is set to get divorced for the fifth time, according to reports.

Over the years the actress has been involved in some high-profile romances and with five marriages under her belt, it's safe to say Pamela's dating history is colourful.

Here we take a peek into her relationship history… Speaking about their first encounter, the Baywatch star previously told Movieline that Tommy "came up, grabbed me and licked my face."

She also added: "I thought he was a cool, friendly, nice guy. I gave him my number."

Tommy, 59, pursued Pamela for two months following their initial meeting, and the rocker even flew to Cancun to find the actress, who was staying at the Ritz-Carlton for a photoshoot.

Despite it being the second time they'd ever met, the pair partied for 72 hours before Tommy spontaneously popped the question.

On 19 February 1995, Pamela and Tommy exchanged vows on the beach, both barefoot and wearing swimwear.

However drama soon followed, and later that same month a sex tape was stolen from the couple's Malibu home, which they were unaware of until it was reported in the media.

The tape was uploaded to Club Love, a pornography subscription website, and it was also made into VHS and DVD copies. The tape reportedly raked in $77million (£56million) in a year, with neither Pamela or Tommy receiving a penny.

However just a year after welcoming their second child, Pamela filed for divorce from the drummer and it was eventually finalised in May 1998.

Tommy and Pamela have had an on and off relationship ever since, having allegedly rekindled in 1999 and then giving their romance once last chance in 2008.

They stayed together until 2010, before announcing that their relationship was over for good.

After splitting from the "love of her life" Tommy, Pamela got engaged to model Marcus Schenkenberg in 1998, but she called it quits in 2001.

In April 2002, Pamela and Kid Rock announced their engagement, but a year later they ended their relationship.

Having reconciled, the couple went on to tie the knot in July 2006, but their marital happiness was short-lived. It was also revealed that the actress had been pregnant with Kid Rock's child, but had miscarried not long before filing for divorce.

Two months later, the couple sought an annulment which was finalised at the start of 2008.

Pamela went on to reunite with Tommy Lee one final time that same year, but after their called it quits in 2010, she and Rick got back in touch.

In 2013, Rick and Pamela gave their romance one more chance, and the pair got married again in January 2014. Pamela soon filed for another divorce from the poker player, but they decided to attempt to work through their marital issues.

Nevertheless, the couple's second divorce was eventually finalised in April 2015.

Having first met back in the 1980s, Pamela and Jon Peters had been good pals for many years.

Jon had proposed to Pamela back when they first met, but she turned him down due to their 22 year age gap.

Decades passed, but Jon and Pamela eventually rekindled their romance. The Baywatch star clearly had a change of heart, and she married Jon in January 2020 in Malibu.

Two weeks later it was revealed that the newlyweds had called it quits, and reports began circulating claiming that the couple had never obtained a legal marriage certificate in the first place, so technically Pamela wasn't heading for another divorce.

In a statement given to The Hollywood Reporter, Pamela said: “I have been moved by the warm reception to Jon and my union. "We would be very grateful for your support as we take some time apart to re-evaluate what we want from life and from one another.

"Life is a journey and love is a process. With that universal truth in mind, we have mutually decided to put off the formalisation of our marriage certificate and put our faith in the process. Thank you for respecting our privacy."

Pamela and Jon's split wasn't completely amicable however, and Jon told the New York Post that he'd "dropped everything for Pam", while claiming that he'd paid all of her debts shortly before they split.

The pair's relationship went from strength to strength, and they tied the knot in a secret ceremony on Christmas Eve in Vancouver.

Pamela and Dan moved in together in Canada, where the actress originally hails from, and Pamela appeared smitten with her new husband, with couple completing TV interviews together.

The star told theDaily Mailat the time: “I’m exactly where I need to be — in the arms of a man who truly loves me.”

However, in January 2021 it was revealed that the pair's whirlwind romance had reportedly come to an end, and Pamela has allegedly filed for divorce.

She is now said to be residing in Malibu with her two sons, Brandon and Dylan.