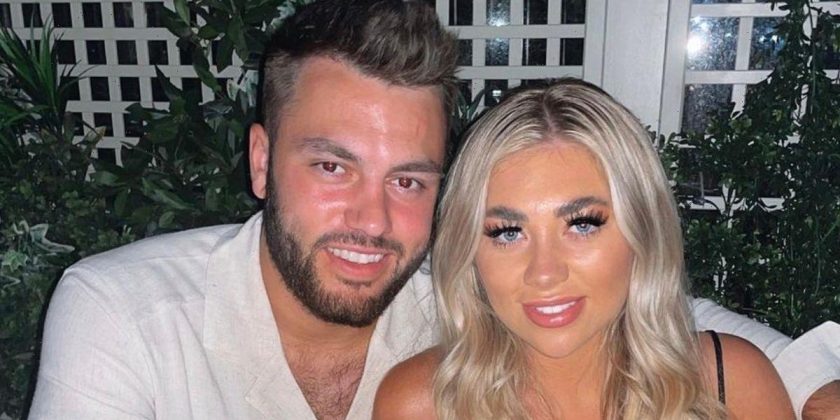 Love Island stars Paige Turley and Finn Tapp have given a glimpse inside their stunning Christmas decorations at their Manchester pad.

The 24 year old Scottish beauty, who recently admitted that she won't get tattoo for Finn as she 'can't handle the pain', shared a peek at her stunning homemade tree at the chic apartment she shares with her 22 year old boyfriend Finn.

Paige, who won the ITV2 show with Finn in 2020, revealed how the couple had finally decorated their tree after admitting to a 'few barneys' with decision-making over decorations.

Sharing a glimpse of the tree, Paige has pulled out all the stops and has created a wintry installation in the corner of her living area.

We can see that the faux tree has been decorated with bronze and white decorations with a huge ribbon tied on the branches.

Meanwhile the focal point of the tree are the white branches that crown the top of the gorgeous fir along with roses to add a feminine touch.

The songstress has added miniature reindeers to the base of the tree along with a penguin and polar bear for the ultimate festive landscape.

Paige has covered the wooden flooring around the tree in fake snow and has placed pine cones and dried fruit to create a beautiful aroma.

Sharing a glimpse of the tree to her 1.7million Instagram followers, Paige said: "So we are done. Only four hours and a few barneys later. We have got our wee animals. I mean I am getting snow and glitter absolutely everywhere so I am going to hate it.

Panning to the opposite corner of their home, Paige said: "But tree done and I thought in this corner where the b****y teddy still sits I could have snow and the nutcracker and kind of pink candy stuff. But will it go?"

However the reality star revealed that her boyfriend was not a fan of the 'knee-high' nutcracker that she spotted in a garden centre.

"I saw this so cute little pink nutcracker soldier. He was knee high and he was just so cute and Finn wouldn't let me get him."

Finn quipped: "No he wasn't knee-high he was your height!"

However the gorgeous singer revealed how you can be extra at Christmas especially after coronavirus restrictions meant families spent the festive season apart last year.