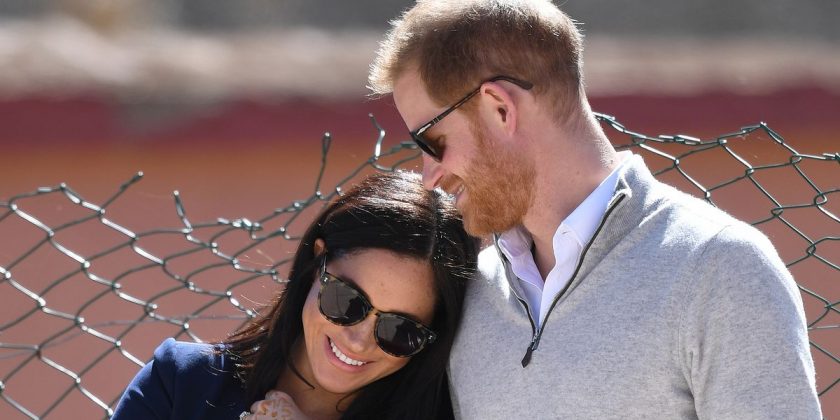 Sir Elton John made sure no expense was spared when he splashed out a reported £20,000 for a private jet to fly Meghan Markle and Prince Harry to his home in Nice.

The singing sensation, 72, arranged the flight after inviting the pair for some "safety and tranquility" at his swish hillside pad.

And yesterday, he made a rare public statement when he rushed to the couple's defense over their repeated use of the gas-guzzling aircrafts.

Harry, 34, and Meghan, 38, were snapped on Wednesday getting off the 12-seater Cessna 680 Citation Sovereign with three-month-old son Archie as they arrived in the south of France.

Pictures from inside the swanky aircraft, booked by Sir Elton, show how the Duke and Duchess of Sussex would have travelled in style as they made use of the lavish leather seats with comfy armrests and ample foot room.

The seats can be reclined fully if Meghan and Harry needed to take a nap before they landed.

The interior can be customised, but usually comes with its own bar and refreshments area. There is also plenty of storage and electrical outlets.

And it is equipped with Wi-Fi, TVs, DVD players, satellite radio and speakers.

There is also a modern bathroom and the interior is decked out in wood veneer. While in-flight dining can be arranged, with the plane being stocked with snacks and drinks of the passengers' choice.

The aircraft – which costs millions to buy – can reach speeds of around 500 miles per hour.

After touching down in Nice, Harry and Meghan were whisked off in a Mercedes limo, with police protection, to Sir Elton's stunning French Riviera villa, Castel Mont-Alban.

The palatial home – thought to be worth in the region of £15m – offers stunning views of the bay and up into the Alps.

It was built in the 1920s and the pop star gave it a huge refurbishment after buying it, including several Andy Warhol pieces.

Famous faces, including David and Victoria Beckham, have been among those to stay there.

On Saturday, Harry and Meghan were pictured again boarding the jet to fly back to Farnborough airfield in Hampshire, from Nice airport  – as a scheduled British Airways flight took off behind them.

The couple have come under fierce criticism and been accused of hypocrisy for using private jets a number of times in the space of 11 days for jaunts around Europe while purporting to be eco-warriors.

Earlier this month, Harry and Meghan chartered their own luxury aircraft for both legs of a six-day trip to Ibiza to celebrate the Duchess’ 38th birthday. It is not known who paid for that journey.

They reportedly stayed at a complex 'billionaires' playground'. DJ David Guetta and Sir Paul McCartney are among other famous faces said to have chosen it as their holiday destination of choice.

The carbon footprint of an average person in the UK is 13 tons a year.

At least one leg of the journey to the Spanish island is thought to have been booked through NetJets, which has earned the nicknames ‘Hertz For Heirs’ or ‘Uber for billionaires’ because of its services for the mega-rich.

NetJets says it has been carbon neutral since 2012 by investing in research to create sustainable alternatives to fossil fuels.

Harry highlighted the importance of protecting the environment last month, saying: "With nearly 7.7 billion people inhabiting this Earth, every choice, every footprint, every action makes a difference."

Ken Wharfe, an ex-royal protection officer who guarded Princess Diana, said: “Frankly it’s hypocritical. Harry can’t be preaching about the catastrophic effects of climate change while jetting around the world on a private plane.”

But Sir Elton, a close friend of Princess Diana, has defended Harry and Meghan against the criticism.

He wrote on his social media accounts: "I am deeply distressed by today’s distorted and malicious account in the press surrounding the Duke and Duchess of Sussex’s private stay at my home in Nice last week.

" Prince Harry ’s Mother, Diana Princess Of Wales was one of my dearest friends. I feel a profound sense of obligation to protect Harry and his family from the unnecessary press intrusion that contributed to Diana’s untimely death.