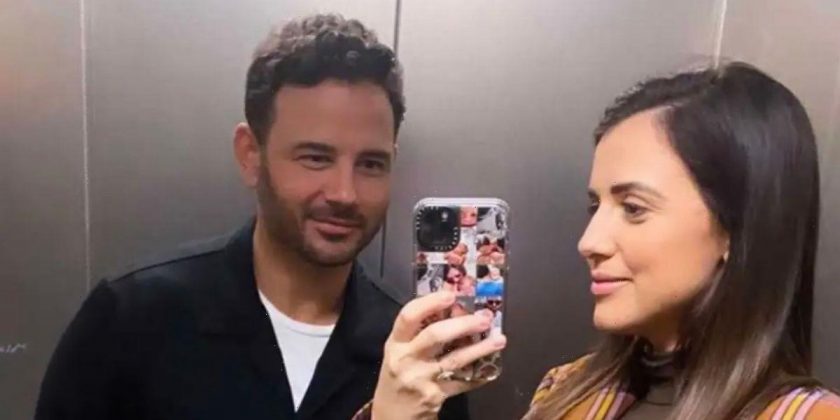 FormerThe Only Way Is Essex starLucy Mecklenburgh has given fans a glimpse of her hospital bag as she prepares to give birth.

30 year old Lucy, who is expecting her second child with partnerRyan Thomas,announced that she was pregnant back in November.

Since then, the TV personality has revealed that she is expecting a baby girl in late spring this time.

As her due date looms on the horizon, Lucy has been busy preparing to welcome the new family member by packing her hospital essentials.

Taking to her Instagram Stories to make the update, she joked: “Hospital bag time!! Oh the glamour hahaha”.

Showing off a cardboard box full of items, Lucy revealed that she’d packed an assortment of maternity pads, breast pads and some facial mist to make the experience a little more comfortable.

Elsewhere, the social media personality also showed her 1.7million followers that she was in full baby mode and had also been organising all of her baby items.

Posting a picture of herself in grey loungewear, opening various boxes, she wrote: “Day of unpacking baby bits. Already thinking where the hell will all this stuff go haha”.

She then asked: “Do you want to see what I’ve bought for bubba girl?” hinting that a potential newborn haul is to follow.

The couple, who also share son Roman together, have been going through a tough time recently after doctors discovered thatliquid was able to enter the two year old’s lungs.

After the youngster received a videofluoroscopy, Lucy explained: “A lot of you were asking about Roman's test yesterday mainly parents that might have similar issues with their children and wondering why he went for this test and what it is, what it means.

“Basically, it was to check there wasn't any fluids when he drinks – it basically is going down the wrong way and going to his lungs.

“I honestly thought it wasn't going to show that so I kept my days work in a Roman went with Ryan, he's fine with Ryan anyway but I just like to be at all the appointments.”

She added: “Ryan rang me and said it was showing there is fluid going into his lungs.

She continued: “I feel really weird about it because…I'm sad for Roman

“Now, from Monday, when we pick up the thickener, he can't have any thin fluids for quite a long time – potentially years.”

The news comes after the youngster was rushed to hospital last year after Lucy found him blue in his cot.

Following the incident,Roman spent time in intensive care on a ventilator for a week before being allowed home.