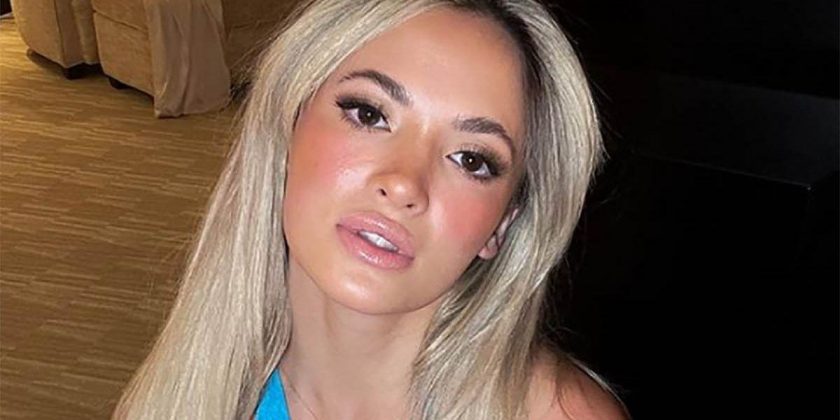 A woman has revealed what it's like to be paid to be a good-looking addition to a party.

Erica North, 24, was scouted to work as an atmosphere model when she was a student, which means it is her job to make a group of people look more attractive and ensure clients are having fun.

She has been hired by corporate events and private parties to help project a certain image for clients.

Erica regularly has to come up with fun and unique ideas to keep the party going and keep clients entertained.

Over the years, she's been sprayed with Champagne, covered in money and even thrown her own bikini parties in hotel rooms.

She once went as far as to suggest that a client's party go back to his suite and create their own strip club, complete with skimpy outfits.

“He gave me $200 (£149) just for the idea right there on the spot, which was insane enough but at the after-party later, it was kind of boring,” she told the Daily Star.

The 24-year-old didn't stop there, as she also suggested that the same client spray her with champagne and throw $100 bills at her.

“I had been dancing on a table in a suite at the Wynn Tower Suites in a bikini and I said to the client, ‘I want to dance to some disco music, let's go to your suite.’ So we went down the hall to his and we just jammed out to some 70s disco and I was dancing on the table and then genius struck me.

“I looked at him, looked at the bar, and I said, ‘Do you want to spray me in Champagne and stick $100 bills to me and whatever sticks I get to keep?’ So we went over to the shower, I was in my bikini and he proceeded to grab a bottle of Veuve and spray me with it and placed $100 bills all over me.”

When Erica tried to give the bills that had fallen back to the client, he allowed her to keep them because he enjoyed himself so much.

Once the fun was over, Erica rinsed off and went back to the after-party.

She added: “I left the hotel that day sitting on the lawn of the tower suites waiting for my Uber with my friends with a bag of my Champagne-soaked clip-in extensions, heels in hand, and a purse full of champagne covered $100 bills uncrumpling them and counting them.

“Now the hosts I work with call that game ‘Champagne and Hundreds’. It's one of the more insane, spontaneous, and extravagant things I've ever done and I have no idea where the idea came from.”

The life of luxury doesn’t end there, as Erica’s job has allowed her to stay at a five-star resort in Cabo and party with strippers.

While she hasn’t been hired by celebrities, she’s rubbed shoulders with them through the connections she’s made.

“Everyone that I have worked with it's the sort of stuff where ‘money talks but wealth whispers’. You wouldn't know any of their names but you'd know the companies they helped to create,” the model said.

“None of them are in the spotlight but they have more money than you could imagine. I've watched someone lose over half a million dollars and go to the club and act like it's the best day of their lives.

“I recently watched someone lose $50,000 (£37,172) even and I made the joke it was like losing a Birkin and they laughed and said, ‘yeah, that would have been a Birkin!’ followed by telling me they'd have to lose a few million for it to hurt.

“For some events though, the girls that I've been hired with have been some famous YouTubers or Instagram models. This is a lot more prevalent of a job than people think and they might not realise that a lot of things girls in LA are doing are from atmosphere modelling.”

The influencer said to make it as an atmosphere model, you need to either have a good Instagram account or good photos that can be sent to clients.

You have to look like your photos, which means no over-the-top editing because you can't show up looking different than the images the company submits for approval.

It’s important that you look presentable when working, which means dressing properly and having your hair and makeup done.

This might seem like a no-brainer but it’s also vital that you make your flight – and you can't flake after your flight has been purchased.

The rules don’t end there, as Erica said there were a variety of other expectations as well.

“You are given an itinerary for the weekend and events usually go Friday to Sunday but they can happen at different times during the week or be longer,” she explained.

“On that itinerary, you are expected to attend every aspect of it, it usually boils down to a pregame, dinner, going to a nightclub, followed by an after-party in a suite.

She just hopes that people can respect her decision to do the work that she does.

“It's so normal to me and I just hope everyone can keep an open mind and realise this has been something I'm proud I've done, my parents think it's awesome, and I wouldn't trade the experiences or the friends I've made through this for anything," Erica explained.

“I've met all my closest friends and I've been able to have some of the most insane experiences of my life by doing this and I've never ever felt like I'm compromising my values in doing it."

To stay up to date with all the latest news, make sure you sign up for one of our newsletters here .