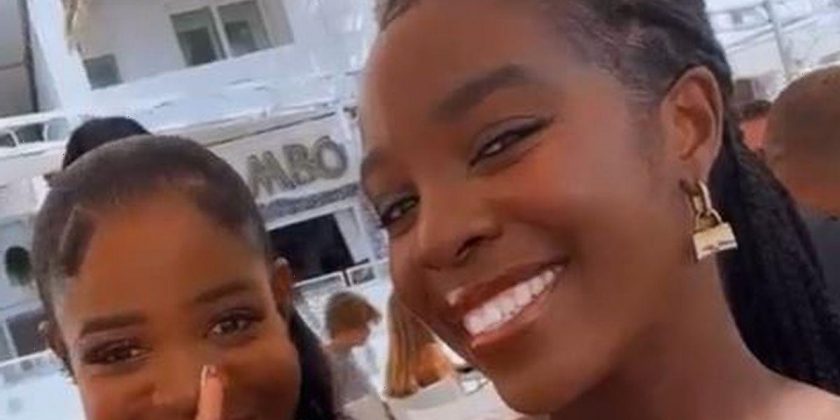 Love Island’sKaz Kamwimay have just returned from a incredible lookingtrip to Tanzaniabut she proved that the summer is for enjoying as she jetted off again.

The beauty, 27, who appeared on the ITV2 dating show in 2021, was back at it again as she and her sister headed off to Ibiza for a trip to celebrate the launch of a new drink.

Taking to Instagram for a Q&A about where she’s going, Kaz's fans told her: “Kaz take me with u your always going on holiday [sic].”

While waiting at the airport she replied: “Come baby, come away with me”.

When Kaz and sister Banji, 25, arrived at their hotel she showed off the finishing touches including petals strewn across her double bed and the luxuries of having a massive apartment.

In her usual style, Kaz sported a white crochet two piece with her incrediblebraidshanging loose down her back.

She completed her look with a pair of quirky gold padlock earrings.

As the sisters settled into their trip they took a walk to the beach before changing their outfits to party the night away.

Kaz wore a yellow bikini and covered up with a sheer dress in the same shade, while Banji donned a baby pink bikini with a barely there sarong in the same hue.

The pair continued their night with a party at the famous Ibiza Rocks before taking some time out to enjoy the incredible sunset they were blessed with.

Kaz and Banji have an incredibly close bond and she visited her sister when she was on the ITV dating show.

RecentlyBanji spoke to OK! about what really happens behind the sceneson the show’s meet the parents episode.

According to Banji, filming for the episode takes place over the course of one day and each party has their own short slot in the villa. As a Love Island superfan, this came somewhat as a blow to Banji who tells us she wishes she’d caught a glimpse of the infamous terrace.

“We were told about 48 hours beforehand that two of us needed to fly out to Mallorca to be on the show, so it was a case of whoever could get time off work would be going,” she explains.

“On the day itself, I spent around 15-20 minutes maximum in the actual villa before jetting back home again. I was allowed to say a quick hello to the other contestants but there wasn’t even time for a tour of the villa.”

While it may have been her sister whose time in the villa was watched by millions, Banji admits that the experience was “overwhelming” given the success of the show.

“It’s quite overwhelming, especially if you’ve seen or managed the contestants’ social media. There’s lots of opinions out there, so it’s easy to worry about how you will be perceived,” she says.