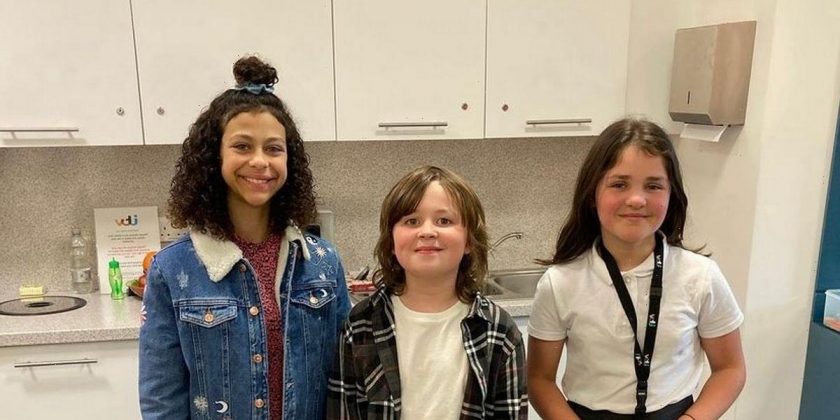 Coronation Street fans were recently introduced to a new soap character, with actress Kyrah Wallace joining the soap as Jalena.

Jalena caused havoc when she beat Sam Blakeman (Jude Riordan) in a children's chess tournament, with the pair battling it out in the final.

Sam fled after the chess match, with him and Jalena unaware that their parents had arranged for them to meet up.

It looks like actress Kyrah could be sticking around in Weatherfield for a little while longer, and here we take a peek inside her life away from the soap, including her highly successful modelling career…

Kyrah's role on Coronation Street marks her first ever soap role, but aside from acting she boasts an impressive career as a model.

She's modelled for high street brands such as JD Sports, Debenhams, and Tessuti, as well as retailers including Morrisons and Haven Holidays.

Kyrah's Instagram page, which is managed by her mum Kylie who is also a model, is filled with snaps from various modelling campaigns.

Back in September, she shared a snap from her first campaign with JD Sports, and Kylie excitedly revealed: "If you knew how long we've wanted to work for @jdofficial @jdsports you'd know the happiness right now My sporty girls dreams come true! #forevergrateful".

Kylie's own Instagram profile is also filled with snaps of her modelling work, with her and Kyrah regularly starring in campaigns together.

The duo featured in an advertising for Lazyspa for Mother's Day, and have also appeared together in campaigns for Selfridges and Deichmann.

Prior to her Corrie role, Kyrah appeared in CBBC series Andy and the Band earlier this year, in which she appeared as Maid Marian in the episode Odd Socks in the Hood.

She’s also appeared in the short films Stranger Side and Transgressing – which is currently in post-production.

The youngster looks to have made good pals already at ITV, having recently shared snaps alongside fellow child stars Jude Riordan, who plays Sam, and Isabella Flanagan, who portrays Hope Stape in the soap.

The sweet behind the scenes photographs showed the trio looking excited as they got to work filming new scenes, with Kyrah's mum writing on Instagram: “Corrie kids crew! So much fun on and off set, memories that will last forever.”

Jude also shared a set of pictures to his own social account, writing: “Green Room fun with Bella & Kyrah – really loved those scenes and the scenes Hope and Sam are having!”

Coronation Street continues on ITV on Mondays, Wednesdays and Fridays at 8pm.