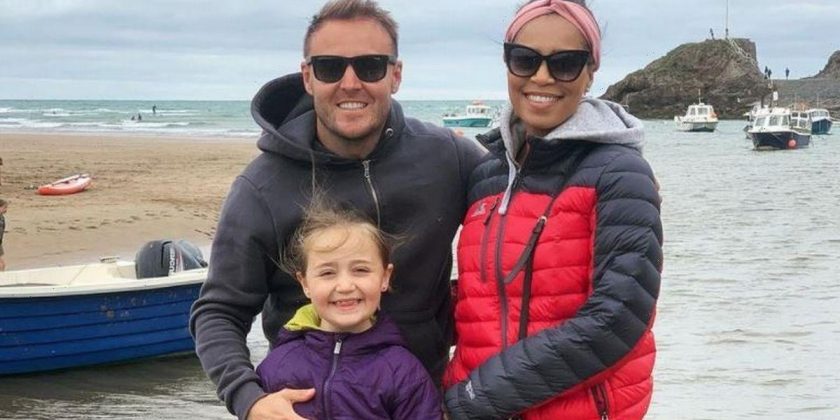 Soap stars Alan Halsall and Tisha Merry are making the most of the summer holidays with an action-packed trip to Cornwall.

The Coronation Street actors have enjoyed a family trip with Alan’s daughter Sienna making memories on the South Coast.

The TV stars kept their fans at home updated with plenty of photos of the break shared on social media.

Posting a series of happy photographs of the family’s quality time together, Alan wrote: “The best thing about memories……. Is making them!!!”

The family can seen getting up to all sorts of adventures on the beach, at a local farm and later were snapped in the show's audience.

Alan also took Sienna for a surfing lesson, and the pair posed for plenty of pictures kitted up in their wetsuits riding some waves.

Sharing the photos on Instagram, The 38-year-old wrote, “There are only 18 summers in childhood….. make them count!!

“To be in your children’s memories tomorrow, you have to be in their lives today.”

Amanda Holden was among the first to comment, sharing: “You’re right near my Mama!”

The Britain's Got Talent star's Mum lives near Bude in Cornwall, and Amanda is a familiar face there from regular visits pre-pandemic.

Alan shares six-year-old Sienna with his ex and former Corrie costar, Lucy-Jo Hudson, after splitting up in 2018 following an eight-year marriage.

The soap star met Tisha after she joined the cast Steph Britton of the Manchester-based show in 2019.

The pair have been together for over two years and have hinted that marriage may be on the cards.