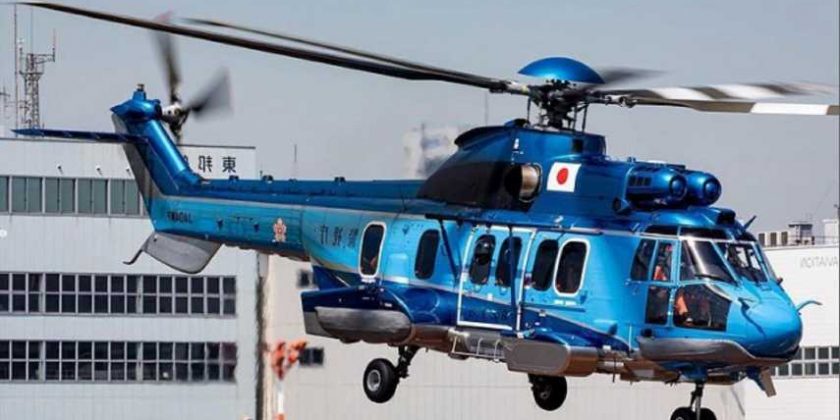 With a price tag of 27 million dollars, this twin-engine, long-range passenger transport helicopter is the most expensive helicopter in the world. It is also the most competent and modern helicopter currently available. It is the most recent update of the Eurocopter family’s line of civilian Super Puma helicopters which offers amazing views while on the sky. It was manufactured by the Eurocopter family. It can accommodate up to 24 people in addition to the two cabin crew members and the attendant who is already present. This problem is solved by the H-225, which contains many capabilities its passengers can use in various contexts.

The wealthy CEOs, offshore drilling companies, and search and rescue teams frequently use this heavy-duty lifter. The inside is warm and inviting, and the degree to which you may customize it appears to have almost no limits. It has a cruising speed of 275.5 kilometers per hour and a range of 857 kilometers.

RELATED: Get A Look At What Hurricane Matthew Looks Like From Inside A Plane

Airbus Helicopters designed the EC225 Super Puma specifically for the oil and gas industry’s need for luxurious and comfortable transportation of business workers traveling for long hours. Since its inception in December 2004, Dragonfly has been available to the general public. Eurocopter’s 1978 Super Puma product, the EC225, is an offshoot of that design, while the EC725 “Super Cougar” is an offshoot of the EC225 line that serves as a tactical transport. The Super Puma is fundamentally unchanged from its forebears in design and functionality. Powered by twin engines, the aircraft has a five-bladed main rotor and four-bladed tail rotor, which are mounted on the cabin roof (set to starboard).

The cockpit has much glass for clear visibility, and the fuselage sides are lined with rounded rectangular windows. Passengers are served by sliding doors, while pilots have access to hinged doors. The tail unit is elevated to clear the ground more quickly. The wheeled undercarriage can be folded back. An additional two crew members, plus an optional cabin attendant, are available for another 24 guests. They can tailor passenger seating configurations to the demands of the person who purchases the vehicle.

Emergency oil spraying in the lubrication system of the aircraft’s main gearbox (MGB) is a vital safety element and has proved up to a 50-minute running time in the case of a loss of MGB oil pressure exceeding the criteria of the JAR 29 Standard. A blade shedding device is also included in the engine to protect it from damage if it runs too high a speed. Other equipment, such as down-facing illumination and navigation lighting fixtures, are housed in the aircraft’s sponsors. In the past, two planes were lost in 2012 owing to the failure of the bevel gear shaft, a gearbox component that can handle more power than the maximum output of the engines. As a result, the manufacturers enhanced onboard health and usage monitoring systems (HUMS) to offer real-time monitoring of the bevel gear shaft against the potential of crack formation in 2013 in response to changes made to the transmission design.

For the EC225, Airbus Helicopters has planned four prior versions. The high-density seating layout can even accommodate up to 28 passengers and is crash-worthy for up to 19 passengers in the passenger transport variant. The VIP travel package includes a big lounge with seating for up to 12 guests and a cabin attendant. Medical units for six stretchers and four seats for medical personnel make up the EMS arrangement. An operator seat, Horstman seat, up to eight rescue seats, and three stretchers can all be accommodated in the SAR configuration. Two pilots and a cabin attendant or flight engineer may be in a standard crew complement under visual meteorological conditions. However, a single pilot is capable of operating the aircraft.

The H225 is outfitted with cutting-edge electronic instruments and is renowned for the precision of its autopilot. In addition to its exceptional endurance and quick cruise speed, the H225 can be customized with various equipment to fulfill a wide range of roles, including search and rescue, private business, and government work. When it comes to search and rescue operations, the H225 is recognized as the reference in SAR operations. This is thanks to its takeoff sequence that lasts for less than five minutes, its capability to operate in all different weather conditions, including severe icing conditions, and its extra-long range with auxiliary fuel tanks, which leaves its long cabin free for the mission. The cockpit crew also enjoys the benefits of SAR modes that include search patterns and an automatic transition to hover with a precision of one meter beginning from any flight attitude.

In addition, the H225 is prepared for the most demanding utility, aerial work, firefighting, and power line tasks because of its outstanding lifting strength, endurance, and maneuverability. Pilots can devote their full attention to the current mission because a cutting-edge vehicle monitoring system (VMS) provides a real-time representation of the power margins available to them. While transporting sling loads, the 4-axis autopilot always keeps remarkable precision and stability. Because of its adaptability, the H225 can also provide seating for up to 20 passengers in an incredibly comfortable environment. Heads of state and governments have chosen it due to its exceptional qualities, and some of those traits include a fast cruising speed, low sound, vibration levels, and ample room inside the cabin.

READ NEXT: A Peek Inside Donald And Ivana Trump’s 5.8-Acre Greenwich Mansion