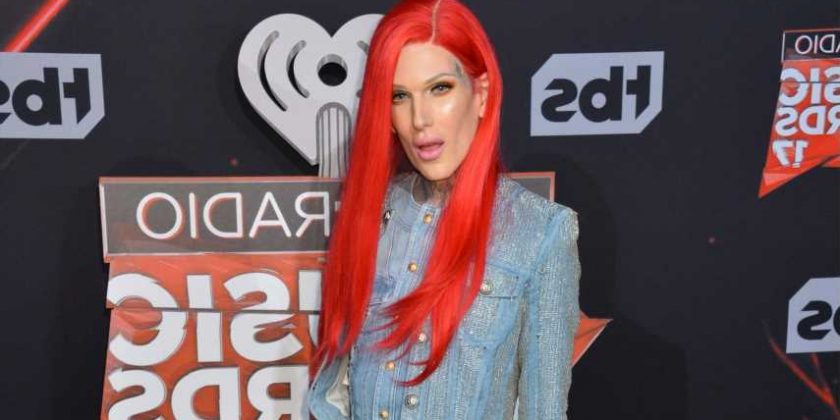 YouTube and Instagram have been around for more than a decade, and it brought in a wave of influencers that have changed the way new talents and business empires make it to the top. The online marketing platform is expected to rise from $6 billion to $24.1 billion within the next five years. Today, these platforms are run by influencers who keep a keen eye on creating trends and trying to set their content apart from the others in the category. The videos made in the confines of closed walls have reached millions of people across the world.

Since beginning careers on YouTube and Instagram channels, some influencers have established a long-standing legacy by earning millions of followers who are keen to observe their content. Influencers use this opportunity to create business empires worth millions. Let’s take a look at the top Influencers turned Entrepreneurs and their net worth.

Jeffree Star had an upward growth since he started as a beauty blogger on YouTube and later turned into a beauty guru. The influencer has amassed a $200 million net worth since he started. With over 30 million followers, Star decided to launch his own business called Jeffree Star Cosmetics. He also has plans to launch a marijuana business since weed has been legalized in Michigan. As mentioned by Celeb Answers, his cosmetic company has a net worth of $1.5 billion.

Along with cosmetics, fitness is another category where influencers can find an income source. In 2013, Kayla Itsines began her fitness career on Instagram and built a strong fan base with her workout routines. She has a net worth of $68 million today. Her fitness app Sweat With Kayla is worth $17 million, and she also has a bikini body training company with 20 million members.

Zoë Sugg created beauty and fashion content for her YouTube channel, which gained her worldwide popularity. Her fashion blogs on Instagram have over 9 million followers. Sugg built her $5 million fortune by launching her brand called Zoella Beauty. The brand’s products are sold at Target and Feelunique. She is also a published author with three books under her belt, as noted by LuxuryLaunches. Her beauty brand is worth $8 million.

Huda Kattan worked in finance before quitting her job and becoming a social media beauty influencer. When she could not find fake lashes online, Kattan decided to launch Huda Beauty with her two sisters in 2013. Her brand sells over 140 products that have garnered her $510 million of net worth. Huda Beauty joined with Sephora to sell their exclusive products. The self-made millionaire’s brand makes $250 million annually.

James Charles has fearlessly taken over the internet as a beauty influencer on Instagram and YouTube. He began his career as a young teen posting his talent as a self-taught make-up artist. His endorsements and businesses have earned him a $12 million net worth. He launched his palettes and brushes with cosmetic brand Morphe where his products made $15 million in annual sales.

Elle Darby began her career through her YouTube channel in 2014. She creates content for lifestyle, fitness, health, fashion, and beauty. Hailing from England, the influencer has a net worth of $185,000. Darby combined her love for fashion and business by launching her label with the help of her fiancé Connor. Called the Angelle Collection, it features luxury loungewear and pajamas.

At the age of 18, Alex Cannon was persuaded by his mother to step into the modeling field. Cannon launched a nutrition endeavor and worked as a part-time bartender. Since his jobs weren’t fulfilling, he launched his jewelry brand in 2018 called CRAFTD. As mentioned by Forbes, his jewelry brand has observed a 400% growth in 2020 and is currently worth $150,000. Alex Cannon has a net worth of $2 million.

Marianna Hewitt began her journey as YouTuber by sharing tips about beauty, travel, and personal style. Hewitt created a skincare label with fellow beauty blogger Lauren Gore. They launched the company Summer Fridays in 2018 with a single product called the Jet Lag mask. The ultra-hydrating mask was an instant hit, and Hewitt currently employs 24 people under her. The company has a $4.8 million turnover.

Freddie Harrel went from being a blogger in 2013 to changing the beauty industry as an entrepreneur. Harrel raised $2 million through female investors to open her start-up venture RadSwan, as reported by Grazie Daily. The brand offers wigs and weaves made from a synthetic that is sustainable to use. The hair care industry is worth more than $5 billion, and RadSwan is just getting started.

Chiara began her career in 2009 with a channel called The Blonde Salad. Within two years, she was regarded as the biggest breakout street-style star. She launched her Chiara Ferragni Collection that has amassed $25 million since its launch. It has garnered the influencer a fortune of $11 million. Her global presence has enabled her to open pop-up stores in boutiques and department stores.

Some other notable influencers include Michelle Phan, Amelia Neate, and Jamie Laing. These content creators converted their followers into successful ventures that have amassed millions of dollars over the years. With the ever-growing interest in social networking sites, their popularity will only keep soaring.

READ NEXT: Hollywood X TikTok: 8 TikTokers Who Were Seen In Hollywood Blockbusters