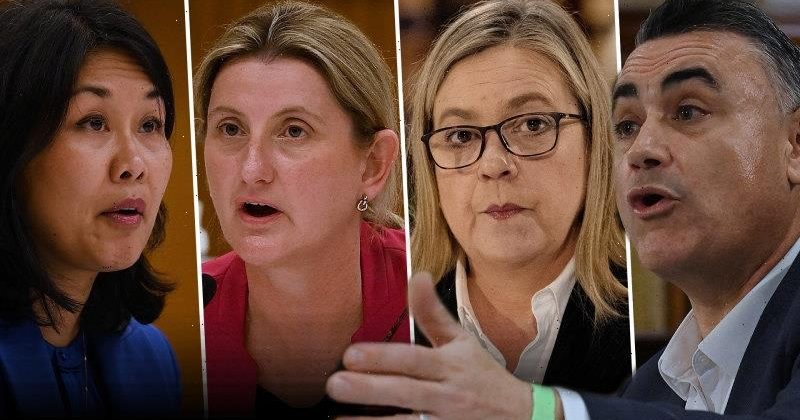 Former deputy premier John Barilaro’s controversial appointment to a US trade post has caused ructions in the NSW government and sparked a parliamentary inquiry that has now entered its seventh week.

Barilaro himself has described the past two months as a “shitshow” and said he wishes he never applied.

As the inquiry has stretched on, the picture has become more complicated. Here’s what we’ve learned so far, in a nutshell.

How did it begin?

Former deputy premier and Nationals’ leader John Barilaro left parliament in December last year, after announcing on October 4 that he was quitting politics.

In his former role as trade minister, Barilaro was involved in creating lucrative international trade commissioner roles as part of the state’s Global NSW strategy.

In the weeks before he resigned, Barilaro attempted to change the recruitment process for the roles and make them ministerial appointments instead of public service appointments. Barilaro has said this was a change sought by most ministers in order to elevate the status of the positions. 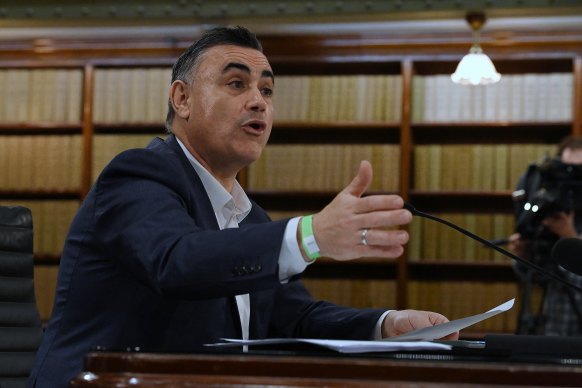 John Barilaro giving evidence during the inquiry into his appointment as Senior Trade and Investment Commissioner to the Americas.Credit:Kate Geraghty

On June 17, the state government announced in a press release – sent out at 4pm on a Friday – that Barilaro had been appointed to the $500,000-a-year New York trade commissioner job. This raised eyebrows on Macquarie Street – among both the Labor opposition and Barilaro’s former ministerial colleagues.

What has happened since?

Barilaro announced on June 30 – after the first day of the inquiry’s public hearings – that he would not take up the plum position because it had become a distraction. However, he maintained he had “followed the process”.

In the early weeks of the saga, Perrottet and then-trade minister Stuart Ayres emphasised that government agency Investment NSW – helmed by chief executive Amy Brown – led the recruitment process and the decision to appoint Barilaro was made by the public service, not the government.

However, Ayres resigned last week after an early version of the Head report raised questions about the extent of his involvement. Perrottet has now commissioned a separate investigation into whether Ayres breached the ministerial code of conduct.

Meanwhile, the parliamentary inquiry has ticked along over seven days of hearings, focused on…

However, Brown said the government directed her to cease the recruitment due to a change in policy. That instruction was received on about September 27 and Brown said it “would have come through” the office of the responsible minister, which was Barilaro. Brown said she officially told West on October 1 that her appointment would not proceed.

West said that Brown told her the role would instead “be a present for someone”. (Brown later denied this.) West was advised in November that her role as deputy secretary at Investment NSW had been terminated. She received 38 weeks’ pay as a redundancy entitlement.

Brown later defended her decision by saying that West’s termination was related to “performance issues”. 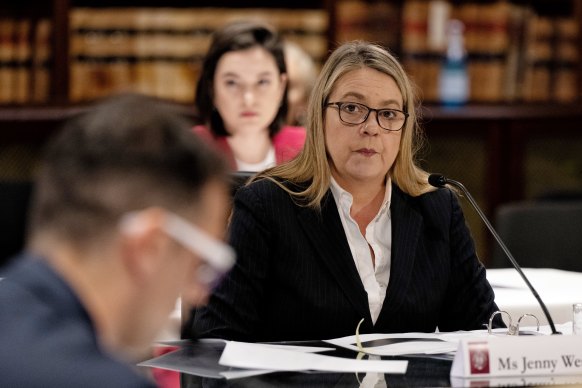 2. The cabinet submission: Barilaro started raising questions about the appointment processes for trade commissioners in June last year, according to his former chief of staff Siobhan Hamblin. This would give ministers the power to appoint the positions, instead of the public service.

Barilaro’s former adviser Joseph Brayford said Barilaro sent him a rare text message that asked for a cabinet minute on the policy to be prepared “ASAP” in September last year.

The proposal then was passed by cabinet within about 10 days – it usually takes weeks – and arrived a week before his resignation from parliament. (However, it was never enacted).

Labor has questioned the timeline of those events, which is as follows:

Barilaro denied seeking to fast-track the submission when he gave evidence last week. “There wasn’t haste … I was pleasantly surprised that they turned around a [cabinet submission] so quickly,” he said. He insisted he had no idea Berejiklian was going to resign in October, despite giving a private interview to ICAC several weeks before.

3. The advertisement of the New York role: Ayres texted Barilaro an ad for the second recruitment round for the New York role when it appeared in The Australian Financial Review on December 17. Barilaro’s girlfriend and former staffer, Jennifer Lugsdin, was working as a media adviser at Investment NSW at that time.

Email chains show that Lugsdin knew Ayres wanted to readvertise the New York role through correspondence dated December 10, a week before the role was advertised. This has led to questions about Barilaro’s knowledge of the process.

Brown said there were no records of Lugsdin making a conflict of interest declaration about her relationship when she moved to the agency on a short-term contract.

Barilaro said he raised his intention to apply for the job with Perrottet, Ayres and Treasurer Matt Kean. “At no point did anyone ever raise a concern about me applying for this role,” he said.

4. The second recruitment process: Barilaro applied for the New York job on January 19. Days later, Ayres told Brown that the former deputy premier would be a suitable candidate for the role. Brown confirmed a shortlist for interviews in February with Ayres’ input. 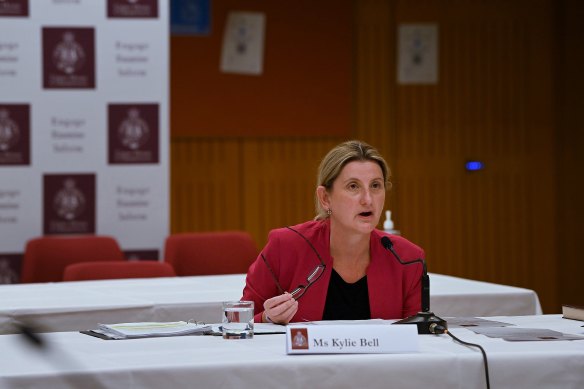 Cole also received glowing references, but Investment NSW managing director Kylie Bell said she did not have enough experience in the US market or in NSW to be suited for the New York role. Brown said Cole failed to impress during a 12-minute Microsoft Teams meeting with Ayres.

Barilaro then emerged as the frontrunner. Brown told Department of Premier and Cabinet secretary Michael Coutts-Trotter in April that she was nervous about the appointment. Ayres later told her it was no issue with his colleagues. 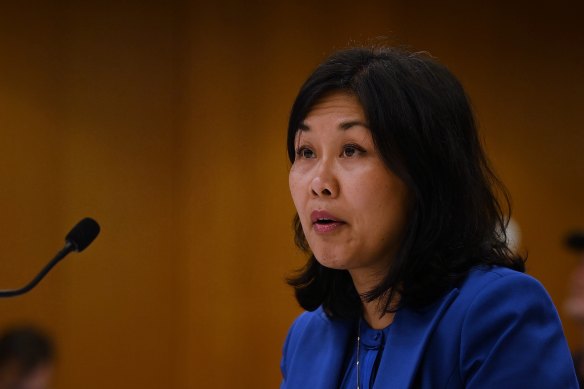 “Had I known on 15 June, what I know now, I would not have endorsed the report,” Kathrina Lo told the inquiry on Friday.Credit:Kate Geraghty

Investment NSW managing director Kylie Bell told Barilaro he got the job via text on May 23. Barilaro signed the contract on June 9. The other two members of the hiring panel – Public Service Commissioner Kathrina Lo and businessman Warwick Smith – were not asked to sign off on Barilaro being the preferred candidate until June 15.

Brown signed the contract on June 16 and the appointment was announced the next day.

Both Lo and Smith have since said they would not have endorsed the final panel selection report in hindsight.

Lo said she was concerned by “the degree of ministerial involvement, including input into shortlisting and provision of an informal reference”, as well as the treatment of the third-ranked candidate. She said she felt she may have been used as political cover by the hiring firm or Brown.

The inquiry is ongoing. Barilaro was due to appear for the second time on Friday, but cancelled due to poor mental health. He will be expected to appear again once he is well enough.

The upper house committee – led by the Labor opposition – has also expanded the inquiry’s terms of reference to go beyond Barilaro and probe the trade commissioner appointments more broadly.

It made that decision after Brown gave evidence that the London-based trade commissioner expected an $800,000 salary and became “threatening” in tense negotiations over his contract and expenses.

Brown told the inquiry that the agent-general in London, Stephen Cartwright, invoked the premier’s name and sought the intervention of Ayres via WhatsApp over concerns about how his pay was structured.