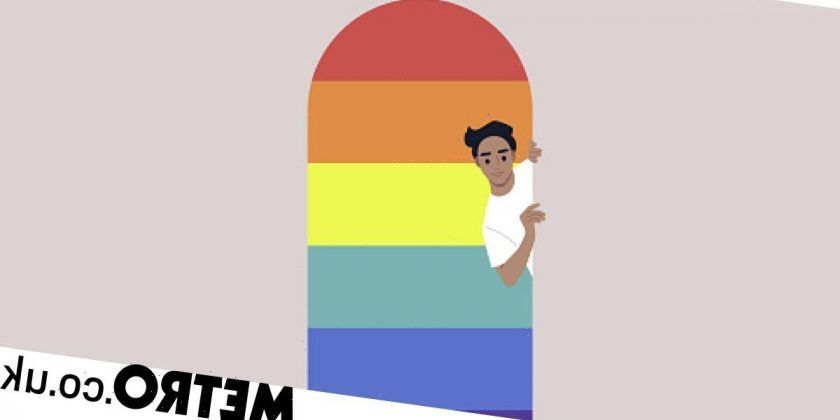 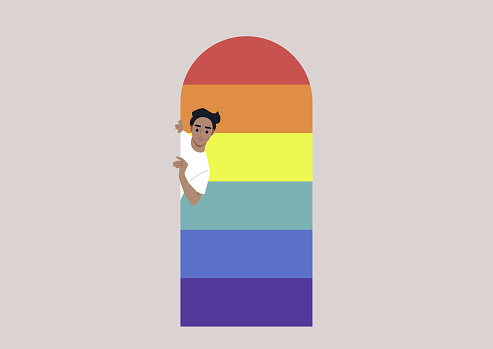 As a gay man, prying strangers and potential hook-ups alike have asked me one question more times than I’ve had hot dinners.

Words get me out of bed in the morning, and when uttered by the right people at the right time, they’ve also been known to get me into bed.

But neither of these – top or bottom – accurately describe what I prefer to get up to in the boudoir, so my response has always been a guarded mix of shrug and mumble.

Here’s the tea: I’m actually a ‘side’, a term coined by American psychotherapist and sexologist Joe Kort to describe those, like me, for whom penetrative sex – in either position – does very little.

Getting the peach involved is, quite literally, a pain in the ass, but as for the aubergine, let’s just say that hands and mouths always understand the assignment way better.

To continue the food metaphor: if man-on-man action were a dinner party, I’d have zero interest in sitting down to a bland meal when the amuse-bouches are so good.

I confess that I indulged in a lot of sex in my 20s – penetrative sex.

It oddly took yonks to realise that what society calls foreplay is, to me, infinitely sexier than sex, and once I had, it curbed the rapid growth of my ‘body count’ in a hot second.

Turns out the ‘A-gays’, as my friend calls the queer gatekeepers – our community’s very own, very catty mean girls – often can’t stand boys who do everything but butt.

They simply don’t get it. If I had a pound for every time I’d been blocked on Grindr after revealing I’m not into sex, I’d be buying a mansion next door to Lady Gaga.

When I first downloaded the app in 2009, I was still clueless about ‘sides’ beyond the potato wedges and coleslaw delivered alongside my fried chicken.

I merely assumed there was something wrong with me, which dragged me right back to those closeted teen years I’d long since left behind.

In his groundbreaking 2013 article, Joe Kort wrote that men who don’t exist on the over-simplistic top-bottom spectrum ‘deserve a name of their own’.

Too right, we do.

For those assuming that ‘side’ is just a word, I’m afraid you’re wrong. It’s so much more than that – it’s a facilitator of belonging

It would take me the nine years following Kort’s piece – at the age of 38 – to learn of this life-altering designation for myself.

My discovery happened in May 2022 when Grindr added ‘side’ as one of the positions users can display on their profile.

This epic change was all over the headlines, so I followed the breadcrumbs until I learned the why.

The relief I experienced at learning of Kort’s innovation was cosmic, and frankly three months on, I’m still basking in the glow of my Eureka moment.

Finally, a box I can confidently tick in jet-black.

For those assuming that ‘side’ is just a word, I’m afraid you’re wrong. It’s so much more than that – it’s a facilitator of belonging. Humans are, as a general rule, social beings, naturally compelled to connect with members of certain groups.

When other people reject us because we don’t ‘fit in’, our mental wellbeing often grabs its coat, storms out into the cold and dark night, and refuses to come home for a while.

Let me make one thing clear – I’ve never given a flying flamingo about what straight people think of me or the goings on between my sheets.

Even so, it’s bleak to be treated like a pariah by some in your own community, a space that’s supposed to be safe and free from judgement.

I’ve found some of my fellow gay men can be savage, trash-talking us ‘sideys’ for being dull and frigid – or worse, guilty of internalised homophobia.

While the logic that sex isn’t sex in the absence of penetration is a load of heteronormative, patriarchal drivel, it’s still upsetting to know some of your queer peers view you as lesser because your definition of enjoyment deviates from the standard.

I luckily have a supportive long-term partner. A keeper, for sure, he hasn’t once mocked my preferences or pressured me into, ahem, taking one for the team.

It remains to be seen whether Grindr stepping up will help to zap ‘side stigma’.

Right now though, I’m a proud member of a far more exclusive club – of two – where my partner lets me feel totally free to be me.

And that’s lovelier than I ever thought possible.