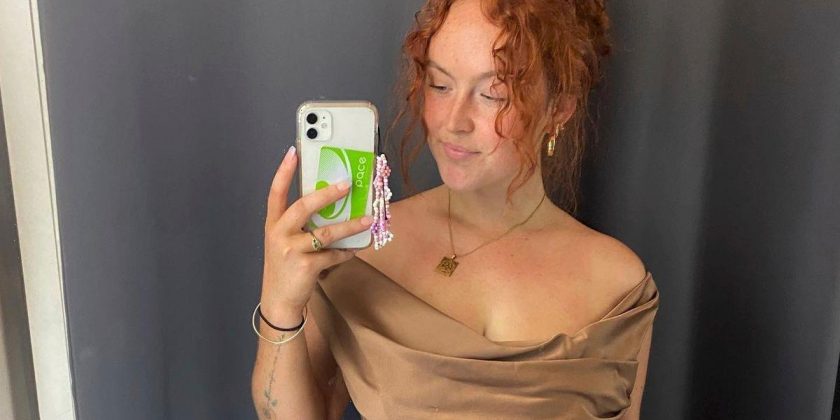 A plus-sized model has revealed she doesn’t let the online hate she receives get to her as she hopes to spread the message of body positivity.

Bonnie James, 23, from Queensland, Australia, says receiving mean messages from strangers is a part of the work she does.

The model opened up to Daily Star about how she learnt to love her body and ignore the haters.

“The objectification, the fetishisation of my features and the constant body shaming [can be bad]. But instead of letting others dictate how I should look and feel I have taken control and decided the play the game myself,” she told us exclusively.

“Online hate just comes with the territory! I look at some of the great women that were a part of the feminist movement, at the time they received such hate, such pushback but look at all the influence and change there were able to produce."

Jane Fonda is one of Bonnie’s idols as even though she was a sex symbol of the 60s and 70s, she also used her power and voice for change, to be an advocate for social justice.

“If you’ve got haters you’re doing something right. No one made a difference by following the rules, and you have to push boundaries to break them,” she explained.

“Obviously, my platform on social media is nowhere near as influential as Jane Fonda and my words don’t create rallies, but if it can start a discussion, plant a seed of thought then I’m happy to engage in that with my followers.”

Bonnie has had a rocky relationship with her body over the years.

It didn't help that when she was younger she was taller than most of her friends, which she saw as a negative thing.

“Even in primary school I was hyper-aware of my body and the space it took up in the world. As I got older this only intensified, and as an extremely shy child, it became almost debilitating from a young age,” she said.

“Through middle school and high school, even though I had worked through my shyness I was still extremely self-conscious of every physical aspect of myself.

“I never saw pale skin, freckles and curly or frizzy hair portrayed as anything other than the ‘dorky and uncool’ kid in movies, TV or magazines. Of course, getting braces and reading glasses at 15 to 17 years old did not help my confidence either.”

Bonnie’s mental health took a hit when she decided to study dance and theatre full time, which is when she developed anorexia nervosa. This was the beginning of the upwards journey that sees her where she is today: encouraging body positivity and representing curvy women.

Bonnie previously dabbled in modelling at a commercial size when she would fit in a size six.

She enjoyed it so much that when she was offered a job a couple of years later at a size 12, she pushed herself to take it.

Bonnie added: “In that time I had hit rock bottom with my mental health. I had been seeing a psychologist for a bit and developed some coping mechanisms for my mental health so this felt like a daunting yet amazing opportunity to regain some of my creative self back again.”

This was the beginning of her rebuilding her relationship with her body.

That first shoot gave her permission to wear bright colours again, to experiment with fashion and to take up space, which were things she had decided she wasn’t worthy of anymore.

“Since then I have gained more weight, and experienced both the good and the bad being a curvy woman in the world,” she continued.

“One of my favourite quotes is 'If not now, when? If not me, who?' And I embraced this mentality. I wanted to be someone that young me needed to see, needed to hear.”

Bonnie loves that the modelling industry is seeing more representation, she has even had people thank her for her contribution.

“It’s so refreshing! I think about the younger generation growing up and seeing such diversity and having ‘taboo’ topics being discussed openly. It fills me with the hope that they’ll be the ones to hopefully overcome the crippling doubt and insecurity that a lot of us felt,” she explained.

“I do think there is still a long way to go, but seeing those small changes implemented and receiving a positive response is very encouraging.

"I am so honoured and humbled whenever someone tells me that my post, my words or my guidance have made an impact on their journey.

“I am very open with my experience of mental health and eating disorders, my diagnosis and medications and I think creating that safe and open space is so important for prevention, maintenance and awareness.”