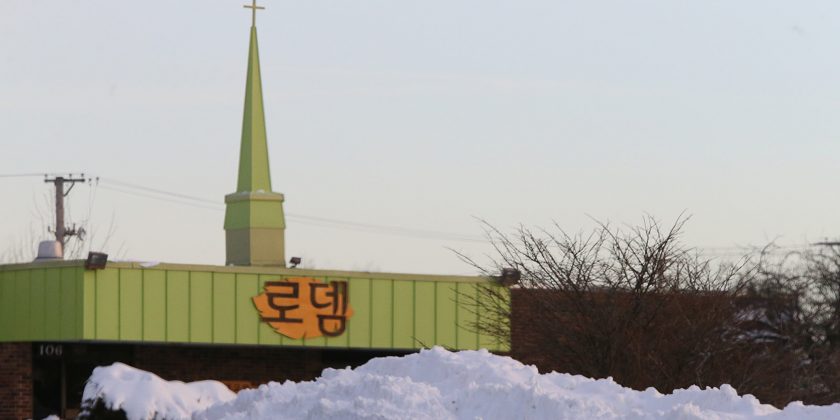 A 12-year-old girl was tragically killed over the weekend after a snow fort collapsed on top of her, suffocating her.

Esther Jung was playing outside of Rothem Church in Arlington Heights, Illinois with her 9-year-old friend on Sunday, The Chicago Tribune reports.

The two were playing in the snow, creating a fort out of a large snowbank, while their families were inside the church attending the services, Sgt. Charles Buczynski of Arlington Heights Police Department told the outlet.

After an hour had passed and their children still hadn’t returned from playing, their families reportedly went outside to search for them, police said.

It was then that the families discovered the two girls underneath the large pile of snow. Buczynski told The New York Post that they were able to find the children after a family member noticed a piece of one of the girl’s clothes sticking out of the snow.

“By the time police and fire personnel responded to the scene, they were already out of the snow,” Buczynski added in a statement to the Post.

RELATED VIDEO: 15-Year-Old Girl Dies After Tree Falls on Her While She Was on a Hammock

But it was too late, as Jung, a native of Elk Grove Village, was pronounced dead at Northwest Community Hospital less than two hours later, according to The Chicago Tribune.

Her friend, however, is expected to survive with no other injuries, the outlet reported. She was treated for hypothermia and currently remains at the hospital.

Officials were unable to determine just how long the young girls had been trapped under the snowbanks, as no one had witnessed the “tragic accident,” Buczynski told the Tribune.

RELATED: 12-Year-Old Girl Dies After Being Misdiagnosed with the Flu: ‘Something So Simple Took My Baby’

On Monday, an autopsy of Jung’s body determined that she died from asphyxia and hypothermia caused by entrapment in the snowbank, according to a report from The Cook County medical examiner’s office, which was obtained by The Chicago Sun-Times.

Her death was ruled an accident and police said they did not suspect foul play, the outlet reported.