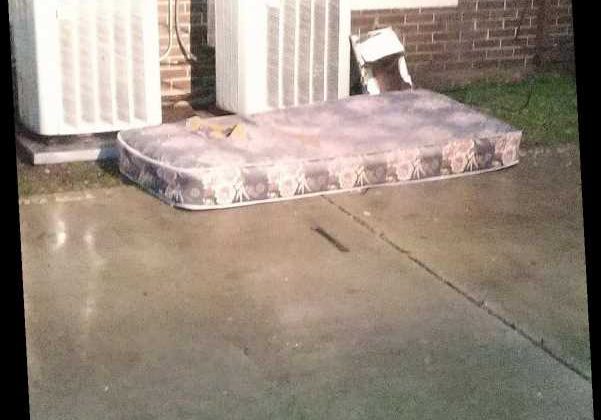 A young girl made the "innovative" decision to throw a mattress out of a third-floor apartment in order to save herself and her younger brothers from a fire.

The incident occurred on Wednesday night in the 6100 block of Wabash Avenue in Chicago, a spokesperson for the Chicago Police tells PEOPLE.

The girl, 8, jumped out of the window and landed on the mattress. When Chicago Fire arrived at the scene, one of her younger brothers, 4, was about to jump before firefighters rescued him with a ladder. The other little boy, 2, was found and rescued inside the residence, Chicago Fire said in a statement on Twitter Wednesday. While the boys were uninjured, the girl reportedly suffered injuries to her ankle, the Chicago Sun Times reported.

"I wouldn't recommend it, but the fact of the matter is that the kid was quite innovative to think of something," District Fire Chief Frank Velez told the Chicago Tribune of the girl's decision to use a mattress for safety. "You'd be surprised on what an individual can do when you're in that sympathetic and parasympathetic stage of fight or flight. … They're thinking to save themselves one way or another and obviously you have to give a credit to the kid for really thinking of something like that."

There were reportedly no adults at home when the fire broke out.

Fire department spokesman Larry Langford told ABC 7 that it appears "it was a kitchen fire. There were no adults in the apartment at the time, but the mother was nearby." "Contact was made with a parent of the children and there are no charges in this incident," Chicago police tell PEOPLE.

The three children were all transported to Comer Children's Hospital in "stable" condition, fire department spokesman Larry Langford tells PEOPLE. While the Chicago Fire Dept. initially reported the girl was 10, Langford clarified to PEOPLE that she is 8 years old.