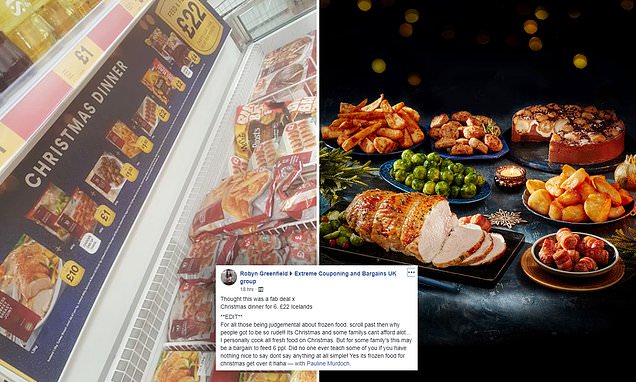 A frozen Christmas dinner that will feed six for just £22 from Iceland has divided shoppers, after cruel commenters hit out at ‘lazy’ people for eating frozen food on Christmas Day.

The bargain meal was shared on the Extreme Couponing and Bargains UK group on Facebook, set up by money-saving blogger Holly Smith, where it impressed members who liked the post 4,600 times.

Many said it would be a godsend for struggling families who can’t afford to splash out, or those who have limited time to cook on Christmas Day due to work or family commitments.

However, in comments that have now been deleted, some commenters branded it food for ‘lazy’ people and took issue with the idea of not preparing a dinner from fresh ingredients.

The original poster Robyn Greenfield commented: ‘For all those being judgmental about frozen food, scroll past then. Why people got to be so rude? 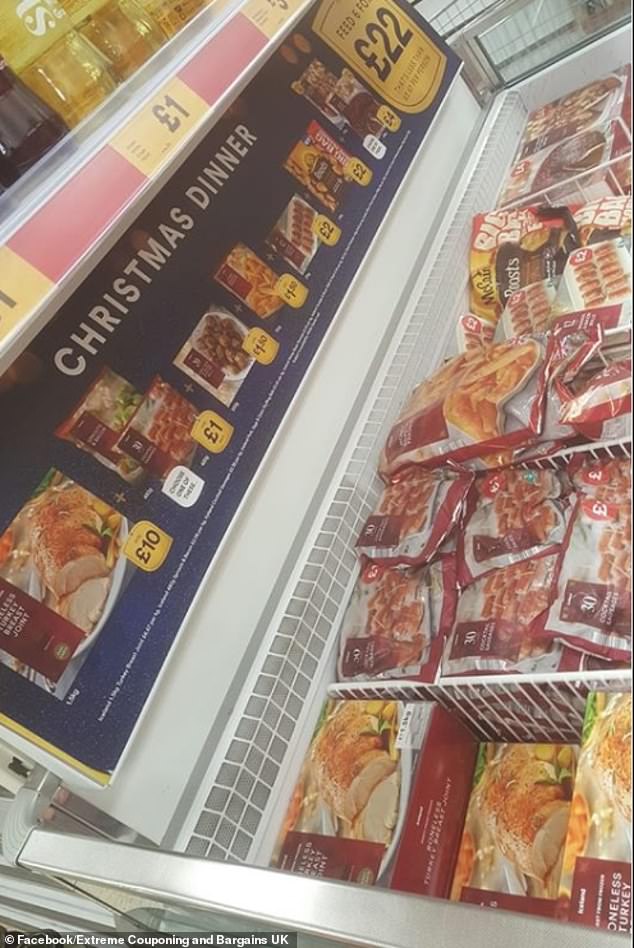 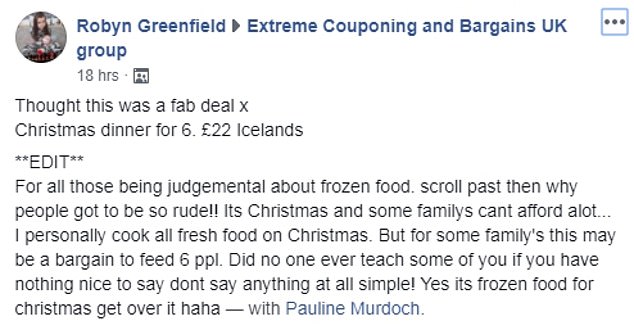 The original poster Robyn Greenfield hit out at those who had been judgmental, saying that not everyone can afford to buy fresh food when they’re feeding a big family

‘It’s Christmas and some families can’t afford a lot. I personally cook all fresh food on Christmas.

But for some family’s this may be a bargain to feed six 6 people. Did no one ever teach some of you if you have nothing nice to say don’t say anything at all, simple?

‘Yes it’s frozen food for Christmas, get over it.’ 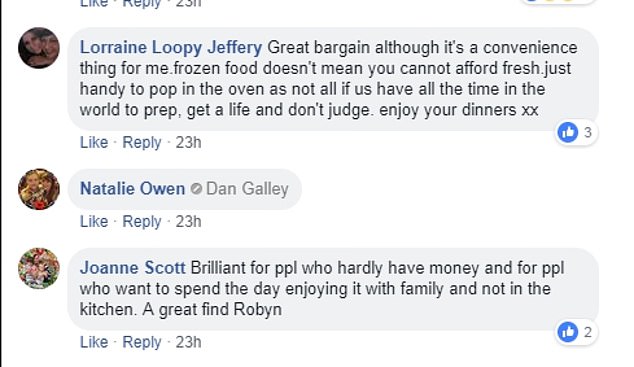 And the vast majority of comments were positive with one mother commenting that it would allow her to spend more time with her kids on Christmas morning than in the kitchen.

Another added: ‘All you lot being bloody judgmental, why don’t you find someone vulnerable or a family on little income and buy this meal for them.

‘I bet they would be grateful. You obviously have a lot of money to spend on a bird.’

Others pointed out that frozen food can be just as healthy as fresh because veg is often frozen right after picking, locking in the nutrients.