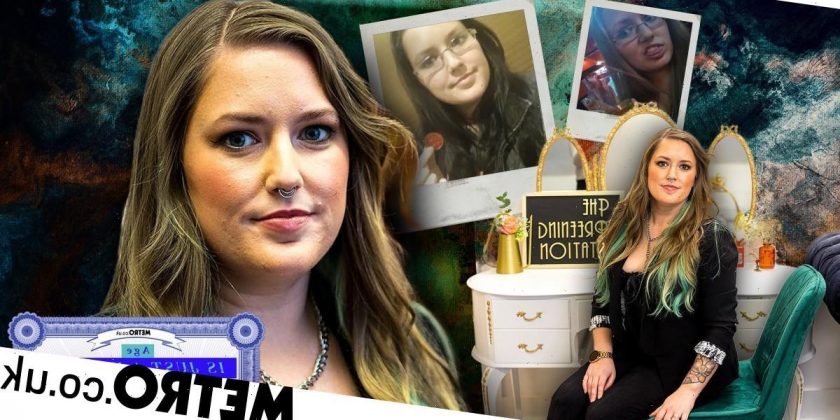 The first time I drank, I was seeking oblivion.

Sat in my friend’s house, Budweiser in hand and applying heavy eyeliner in her mirror, I felt untouchable, numb, free.

I’d been through so much in such a short time. I’d experienced abuse, witnessed alcoholism of relatives, had to deal with my uncle’s unexpected passing, and my mother’s terminal illness diagnosis. And that was just for starters.

At 14 years old, reeling from the trauma of losing my uncle and watching my mother fade away, I reached for the only thing I knew well.

That first sip felt incredible. I wanted to escape from life, to hide from the truth, and in that moment I knew drinking was the way to do it.

It was behaviour I had seen exemplified so well over the years. And it seemed quite simple to replicate: drink, lie, sleep it off, repeat. And so I did.

I thought I was hiding it well – sneaking out, hiding bottles in closets and under sinks, but I’m sure it was obvious. I was always exhausted as the only time I could get any sleep was when I passed out from drinking. I skipped school and my grades suffered, but I didn’t care. I was completely numb.

For the next 10 years, drinking was all I did. At 17, I moved in with my 25 year old boyfriend amidst the protests of my concerned family members, but I felt I had no choice. 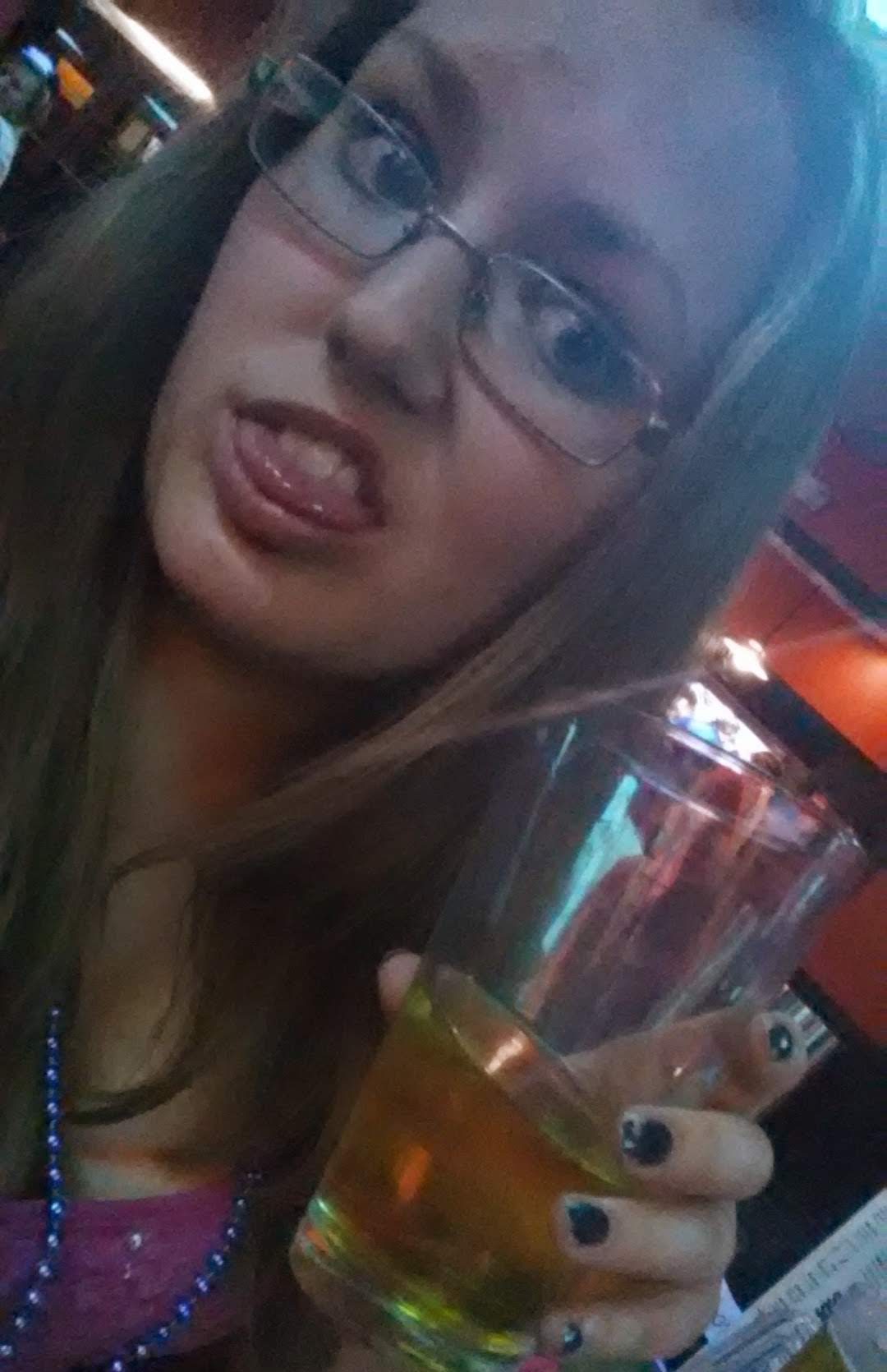 The disease that was killing my mother was killing me, too. I knew that if I stayed at home, the pain would become unbearable. There is nothing worse than watching a person you love fade away. I couldn’t live in that house and watch her die.

After the loss of my mother at 19, alcohol was my only escape.

By 24, after years of excessive drinking and harming relationships, I was ready to start a new chapter – but unfortunately, this particular book was soaked in whisky and no matter how hard I tried, the ink ran off the page.

I remember waking up after a date, aged 24, barely remembering what had happened the night before. I recalled vague flashes, but my body told a different story.

I was dishevelled and covered in bruises. The longer I lay there, the more filled with fear and shame I became.

I’d been drugged and raped but I blamed myself, and instead of taking care of myself or going to the hospital, I showered and didn’t tell anyone.

I told myself that I had to stop drinking, that I couldn’t let this happen to me again. But by that night, I was back at it again, drinking alone in my bedroom.

I soon lost my job as an assistant property manager at a local apartment complex, money was tight, and I was absolutely wrecked by life.

I had never learned how to deal with trauma, loss and addiction. I’d never processed anything that happened to me, and was never taught how to. I drank for relief and found none; only shame, mystery bruises and morning shots to assuage my shaky hands.

By this point, I had reconnected with some family, most significantly my grandparents, but all I did was hurt the people closest to me by my behaviour. They were so concerned about me.

I had no idea how to be sober, raw and vulnerable to life, but I knew something had to change.

I tried to stop drinking. I’d make it a few days, a week, a couple months, but I couldn’t let go of the idea that getting sober at such a young age was akin to some sort of death sentence.

I simply couldn’t imagine going through life without drinking. I thought I’d be missing out on so much – your twenties are supposed to be about partying and having fun and how could I enjoy myself without alcohol?

I knew drinking would kill me, but at least I’d go out having a good time! Right?!

Truthfully, drinking hadn’t been fun for years. It never had been. The bottle I tried to escape inside was slowly drowning me and, as I flailed about, I hurt everyone around me.

I manipulated people to get what I wanted. I’d lie, telling people what I knew they wanted to hear just so I could get them to back off so I could drink. I was unreliable, flaky, and disrespectful.

I woke up that morning at a friend’s house with no knowledge of how I got there. I’d left my purse at a party I’d been to the night before.

To this day I’m not sure what I did, but I’m sure it wasn’t good. The regret and shame I’d been carrying for a decade just became too heavy.

Something had to change.

A couple weeks later I was on a plane to the UK from North Carolina. I had a boyfriend at this time who I’d met online years before. He lived in Newcastle, where I had been considering making a permanent move to, but I wanted to try it out first.

He was very familiar with my addiction and knew I was trying to get sober. This was my chance to turn things around.

I arrived with white knuckles, sweaty palms, and desperation.

I tried again, this time feeling that a relapse would truly be the death of me. I knew somehow that if I didn’t seize the opportunity for a fresh start, I wouldn’t make it.

My addiction had progressed to the point where I would surely drink myself to death.

I started attending 12-step meetings and made friends with the people there. I found myself picking up the phone to others in recovery instead of picking up a drink.

It was so strange learning a completely new way of life. For the first few months I was full of fear, afraid to relapse, afraid of everything. I didn’t know how to communicate, navigate relationships, or just deal with life.

Around six months later, the compulsion to drink finally left me, and I was able to do the inner work required to deal with the underlying trauma that prompted me to drink in the first place.

Now, I have over six years of continuous sobriety.

I honestly don’t miss it at all. These days I can sit in the sun and enjoy a mocktail or a 0% beer and not ruin my life – it’s fantastic.

Recovery is truly the hardest, but most rewarding thing I’ve ever done. I’ve learned how to feel, to communicate, and how to create and enforce boundaries.

I’ve learned how to accept responsibility for my mistakes, how to make amends, and how to actually let go of guilt and shame and find forgiveness for others, and in turn for myself. I no longer drink to cope.

I lost friends and family when I stopped drinking. But now, the people who are in my life uplift and love me so powerfully that I rarely miss them.

Recovery has also taught me resilience and now, I’m fortunate enough to teach others like me to do the same. I run a global online haven called the Write to Heal Community which serves as a port in the storm and one-stop-shop for all things healing. It is absolutely what I’m meant to be doing.

Typically, people don’t find recovery from addiction until their 30s, 40s, or even later. And for a majority of the time, I was the youngest person in a meeting.

But it’s very gratifying to see that beginning to change as increasing numbers of younger people embrace recovery.

There is a whole movement online about sober-curiosity, there are people who don’t identify as alcoholics living a sober lifestyle, and I see younger faces in 12-step meetings every year.

Around seven years ago, the concept of surviving past the age of 25 was one I’d long stopped considering.

I sit here now, in a sunny garden, writing as my dog stretches sleepily beside me and I finally understand – this is a life beyond my wildest dreams.

I spent 10 years in active addiction, suffering, and I’ll never get that time back. And if I can do anything to make that somehow worthwhile, it’s this: telling my story so you know you aren’t alone.

There is always hope.

Age is Just a Number

Welcome to Age is Just a Number, a Metro.co.uk series aiming to show that, when it comes to living your life, achieving your dreams, and being who you want to be, the date on your birth certificate means nothing.

Each week, prepare to meet amazing people doing stereotype-defying things, at all stages of life.

If you have a story to share, email [email protected]