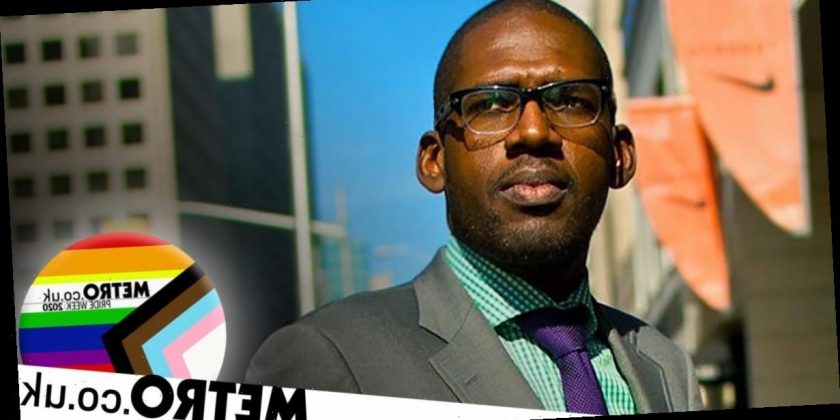 He was wearing a sleeveless leather vest opened to show a taught, tanned, and sculpted torso. Besides living at the gym, he obviously hadn’t consumed a single carb in months.

I could no longer hear Rihanna’s SOS blaring from the speakers on the sidewalk. Instead, my beating heart and rapid breaths.

I tapped him on the shoulder, introduced myself, said that this was my first Pride, and asked to dance. He laughed in my face. After turning to his friends, I heard him say: ‘That ugly fat n****r wanted to dance. With me!’ The incredulous laughter joined the chorus’ hook ‘… please someone help me’.

That was not the only time that I experienced racism at Pride. I was held at the door at a circuit party for over an hour so that the community of bouncers could pat me down and ‘verify’ my ticket while they ushered in white patrons.

Another year I was asked by the host of an event why I wasn’t at the ‘other Pride party’ – aka the Black one. Pride should have been a celebration of love, acceptance, and community. However, it became the finger gouging my wounds, keeping them open, raw, and foetid. So I stopped going altogether.

Racism and discrimination within the LGBTQ+ community are as ingrained as our penchant for brunch. Log on to any of the popular gay dating apps and the phrase ‘no fats, no femmes, no Blacks, no Asians’, is as common as ‘unable to host’.

Whether in Britain, America or Canada, Black bodies aren’t prized or protected. Swept under the rug of Pride’s whitewashed narrative are the contributions of Black trans women and queer people who were at the forefront of gay rights activism.

Bring up Marsha P Johnson or Stormé DeLarverie at a Pride party, and you’re a buzzkill. Mention Harvey Milk, and there’s a hurrah.

As Black queer people, detecting racism is in our blood — we can detect even a whiff. Case in point, a dentist I dated never allowed me to use the front door of his building.

He’d always find an excuse as to why I couldn’t come through the front door, but often he’d come to pick me up at my place or from the corner of his building and we’d enter through the underground garage.

Eventually, I challenged him on this, and he had some self-preserving excuse, so I stopped the visits, which led to the relationship ending. Years later, he confirmed my suspicions and said he wasn’t keen on his doorman knowing he had a Black boyfriend.

I was young and insecure. Thankfully, things are different now.

I didn’t come out to my Evangelical Caribbean parents until my 30th birthday, seven years ago. What followed was a year of anguish, goading, and abruptly-ended phone calls

My experiences aren’t unique. Ask any Black queer person, and they will have hours of stories.

According to Stonewall research, within Britain, 61 per cent of Black queer people experience discrimination. When you consider the disdain the community has for Black trans women and queer people living with disabilities, you have to wonder who is Pride really for?

Across the world, people are taking to the streets in unprecedented numbers to rally for Black lives. Even in the Syrian city of Idlib, where buildings now look like Lego blocks left scattered on a child’s bedroom floor, locals have joined the #BlackLivesMatter cause.

For centuries Black people have borne the development and expansion of empires on our backs — we fuelled the colonies. Whether in the belly of a ship, at work, in a classroom, or lying on hot pavement with a knee on our necks, cries of mercy are our refrain. Add being queer to the mix, and you’ll understand why Black queer youth have higher instances of suicide attempts compared to other ethnic groups.

I’ve always known I was queer. However, I didn’t come out to my Evangelical Caribbean parents until my 30th birthday, seven years ago. What followed was a year of anguish, goading, and abruptly-ended phone calls.

I’m currently quarantining with them and had to come out again because the gay should have been prayed away. On top of fighting for our lives in society, many Black queer people have to do the same at home.

I haven’t celebrated Pride since 2011 — this was the year that I planned to take my finger off the pause button. I felt ready to go once more ‘into the fray’ after learning to love myself and living my truth after surviving a brutal five years of setbacks brought on by devastating depression.

Then coronavirus hit, followed by racial protests. Now my existence is sanitising devices after texting marathons with colleagues about racial inequality.

Though there are no official celebrations this year, Pride 2020 should be unforgettable for Black LGBTQ+ people. Now is the time to show our true colours.

The American protests and worldwide rallies are shots of espresso delivered intravenously to the global consciousness. We now have audiences ready to have meaningful discussions about race and intersectionality. In many cases, people are prepared to do the work to understand that racism and discrimination can be a clanging symbol or a thief in the night.

There are centuries of work left to do. But, right now, the world is awake and sees that for humanity to progress, Black lives have to matter.