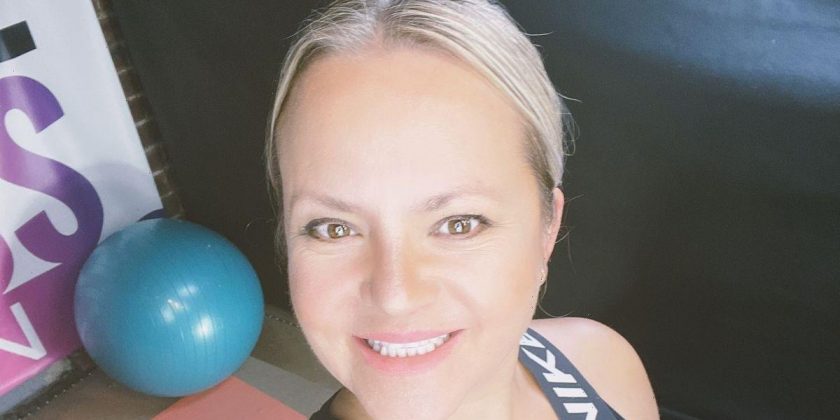 A woman has opened up about the debilitating struggle of having up to eight seizures a day and living in constant pain.

For years, Yorkshire local Debra Judge-Smith had no idea what was happening with her health.

After numerous tests and an MRI scans over the years, she finally found out that she has lesions in her brain, and she was diagnosed with fibromyalgia.

Debra spoke exclusively to Daily Star about her severe symptoms and how she’s managed to keep going.

“The worst part is the fatigue and the exhaustion. When I have a flare-up I am wiped out for a day or two. I can barely get up the stairs and I struggle to get out of bed,” she explained.

“My whole body hurts from top to toe. I really struggle to speak and function on the days I’m having flareups. I very rarely have flareups now, because I manage my symptoms really well.”

Debra explained that her fibromyalgia first manifested after she went through a stressful divorce and found herself in an almost constant state of deja vu.

She explained: “It was happening anywhere between three to eight times a day. It was like I’d been taken somewhere else for 30 seconds, or sometimes up to three minutes. It felt very surreal”.

Debra sought the help of a GP who referred her to a neurologist. After an MRI scan revealed she had lesions in her brain, Debra found out that her bouts of “deja vu” were actually seizures.

After being tested for various conditions over the course of three years, she was eventually diagnosed with fibromyalgia.

“At first they thought I had MS. I was absolutely terrified. I went through years of testing and the neurologist had to report my symptoms to the DVLA who revoked my driving licence which made things 10 times more stressful,” she said.

“I had to have a lumbar puncture where they take brain fluid from your spine. I was being tested for leukaemia, lupus, MS, rheumatoid arthritis and liver disease all while experiencing constant pain and a pins and needles sensation in my hands and legs.

“It felt like there was a mobile phone buried in my muscles constantly vibrating. My eventual diagnosis was upsetting, but a huge relief too”.

Debra explains that despite being given an official diagnosis, there are still a variety of misconceptions about fibromyalgia.

One of the most common ones is that it’s not a genuine condition, which can be quite upsetting.

“I’ve come across people who say that it’s something doctors only diagnose it when they can’t get to the bottom of what is wrong with a patient,” she told us.

“I have also come across people who have self-diagnosed fibromyalgia without actually seeing a doctor or a specialist. It is important for all other serious conditions to be ruled out before a diagnosis can be given.

“I do think people generally don’t take fibromyalgia seriously unless they know somebody that’s got it or if there’s a threat with it themselves it can be quite debilitating.”

Treatment options for her fibromyalgia are limited and she has largely been left to deal with the condition on her own.

“If I haven’t had a good night’s sleep, symptoms flare up and I have no energy whatsoever. If I was to take the medication prescribed for fibromyalgia it would increase my chances of having a tonic seizure,” she explained.

“I became very isolated and didn’t enjoy socialising. I did find the relationships I was having quite difficult. People can be dismissive of fibromyalgia because it’s not a well-known condition”.

Unable to take her medication, Debra had to find another way to manage her symptoms – which is when she discovered Clubbercise.

Clubbercise is a cardio workout class set to a soundtrack of club anthems, and now roughly 100,000 people are working out across the UK and Ireland every week.

“I can suffer from some pain while teaching Clubbercise but the atmosphere and community environment keeps me going," she said.

"I feel so energised and happy when I’m teaching. Watching everybody else enjoying it makes the pain seem worth it and it feels amazing to be doing something I’m passionate about.”

While it has helped with her health, she has had to cut from working full time as a Clubbercise instructor to 20 hours a week.

Debra also has to monitor how much exercise she does and how often she rests, she has to make sure she gets a balance of the two.

She added: "I found eating too much sugar or drinking alcohol also exacerbates my condition. I do feel I’m lucky because my job is fitness and I do believe exercise helps me mentally and physically to deal with the symptoms of fibromyalgia."