Labor's candidate for the crucial marginal seat of Richmond has hit out at public questioning of her claim to Yorta Yorta heritage, including from members of the First Peoples’ Assembly of Victoria.

Lauren O’Dwyer, whose family hails from Echuca, describes herself as a proud Yorta Yorta woman, tracing her ancestry to her great-grandfather. 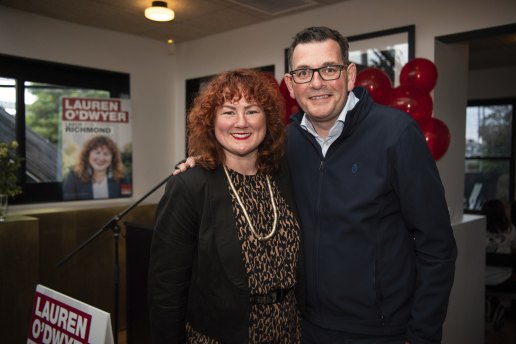 An online campaign, largely led by Aboriginal people, has built over the past week, questioning both O’Dwyer’s Aboriginality and her ties to the Yorta Yorta community.

Yorta Yorta country stretches over a large area on both sides of the Murray River in northern Victoria and southern NSW.

“I know who I am, and I’m proud of who I am,” O’Dwyer told The Age. “I’ve never misrepresented or over-represented my heritage. I’ll always be learning.

“And there are many fair-skinned Aboriginal people in this country that will for the rest of their lives be learning more and more about their identities. And I’m just disappointed that my mum has to witness this.”

She holds a Confirmation of Aboriginality from the Njernda Aboriginal Corporation, seen by The Age, which is signed by elders Barbara Day and Richard Ronnan.

“It is hereby confirmed that the above named is of Aboriginal Descent, identifies as an Aboriginal and is accepted as such by the community in which they live,” the papers state.

Among the criticisms made of O’Dwyer on social media are that local communities don’t know her. For her part, O’Dwyer points out she moved to Melbourne some 20 years ago, and her family connections to community were disrupted several generations ago.

Two First Peoples’ Assembly of Victoria members, Tracey Evans – who is also a member of the Stolen Generations Redress Scheme’s Independent Assesment Panel – and Ngarra Murray, have joined the calls for O’Dwyer to demonstrate her links to Yorta Yorta community. 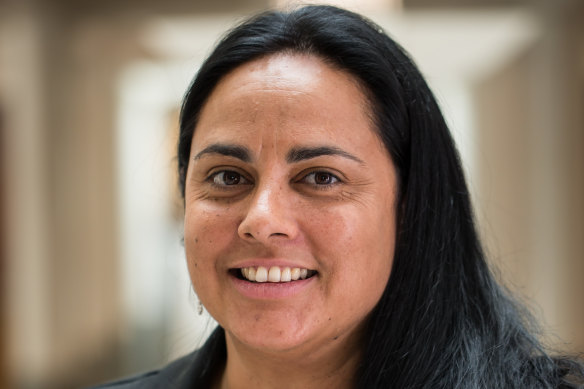 Ngarra Murray is among those who have queried the Labor candidate’s heritage.Credit:Jillian Mundy

“We have a political candidate running in the state election who is claiming Yorta Yorta but no one knows them,” Murray said on Twitter.

“Our identity is being watered dow [sic] by people who are falsely claiming Aboriginal status. We see so many people claiming to be one of us, without any ­experience or understanding of what it truly means to be Yorta Yorta.

“This is a real impact on Aboriginal people & our daily lives. It’s clear that a lot of people who are claiming Aboriginal status now did not before, which raises concerns in our communities about why people are doing this and what it means for our own identities.”

In a statement, O’Dwyer said: “These attacks are hurtful and uninformed – and make no mistake, they are political in nature.

“Aboriginal identity is complex. I came to know my identity late in life because my family didn’t speak of it. It was a secret held too long, and I mourn for what my family missed out on.

“I look to Aboriginal people strong in their culture and identity with longing and hope that my family can get there one day.”

O’Dwyer was preselected in December to contest Richmond, which is held by retiring Labor MP Richard Wynne on a nominal 5.8 per cent after redistribution.

Both Labor and the Greens have identified Richmond as a must-win at the November 26 state election, and are throwing considerable resources at it.

Greens candidate Gabrielle de Vietri said: “Neither I nor the Greens have or will participate in criticism of Lauren on this issue.”