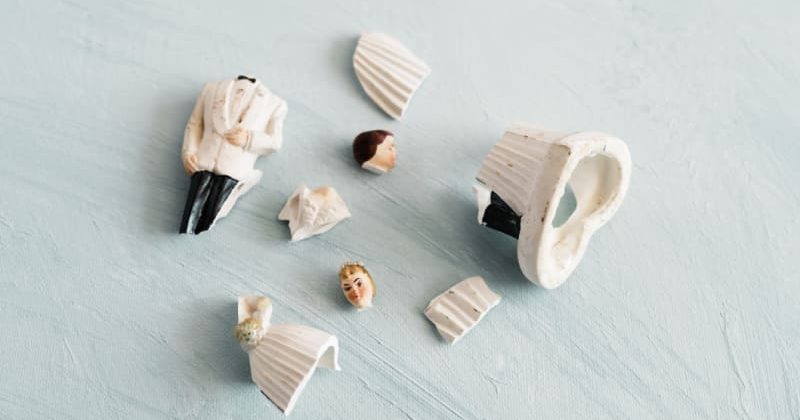 "I'd be lying if I said I saw it coming," says Emma*. "We were busy parents and professionals. We didn't really argue. There were ups and downs, but nothing that said 'unhappy'."

It was Boxing Day, after what Emma thought had been the perfect Christmas, when her husband turned to her and announced he was leaving. She was 39, they'd been together since they were teenagers and they had a nine-year-old son. He told her, "I can't do this any more," and admitted that there was someone else. 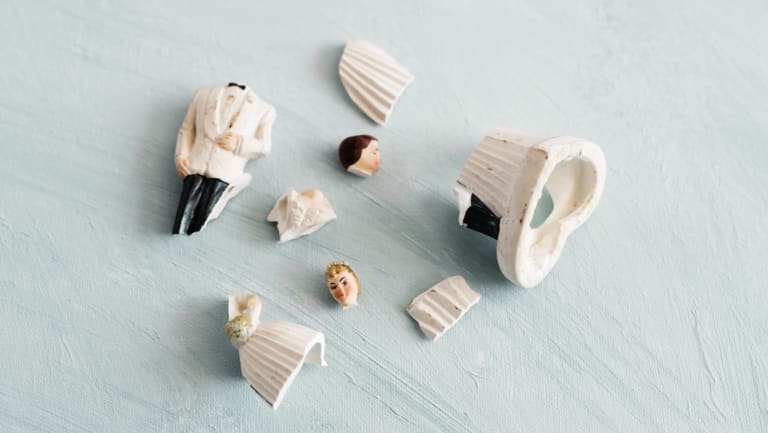 Men sometimes leave having never shared their thoughts with their partner for fear of the emotional upset it will cause.Credit:Stocksy

It was the first time Emma's husband had ever said anything like that. She thought it was a "blip", that he was having some sort of "mad moment", so for a few days she kept quiet thinking they'd work it out. But by New Year's Day, he had gone.

The aftermath, says Emma, was brutal. Her husband barely talked to her. "I felt as if the person I knew had died. And the person I subsequently dealt with was someone else."

Telling her son and seeing him run out of the room sobbing was, she says, the worst moment of her life. "Like me, he had absolutely no idea this was coming. And why should he?"

Emma took many years to get over her husband's sudden exit. She went from having a packed family life to spending every other weekend on her own while her son stayed with his father and his new girlfriend. She wondered who she had been married to, how she could not have known, if there had been any signs.

Looking back, she believes she did see a change in her husband. He had seemed "distracted and worried" and she noticed "odd behaviours", like the time she rang him at work to be told he'd gone home not feeling well. "I thought, 'That's weird. I'm at home.' "

When Emma's husband eventually came home that evening he said he'd gone to the cinema because he was fed up at work. But at the time she didn't suspect him of having an affair, or ever think that he was about to walk out on her with no warning.

According to Lyn Ayrton, managing partner of a UK firm of family-law experts, "Meeting someone new and starting an affair is often a catalyst for walking out on a long-term partner. And with access to social media, having an affair has never been easier."

She has noticed a pattern in the way men and women walk out of long-term relationships: typically men say nothing until the last minute, while women claim they've said it all but have never been listened to.

Usually, when a marriage fails, both partners can see the end coming, because it follows a fair bit of talking, fighting and arguing. They are braced for separation, even if it's not what they want. But a decision by one person out of the blue is harder.

"Our brains don't process sudden traumatic events in the same way they cope with more natural ones, making it more difficult to adjust to the new situation," says clinical psychologist Dr Angharad Rudkin. "There's no opportunity to make things better, so an individual is left powerless and helpless, which is likely to lead to feelings of depression and anxiety."

And because of our increasingly busy lives and reliance on digital communicating digitally rather than in person, it's never been easier to exit a relationship in this way, she adds.

"Much as the trend of 'ghosting' [when one person simply disappears from the relationship, rather than officially breaking up] is rapidly on the rise among younger people, so is the equivalent in older couples," says Dr Rudkin. "Just walking away is simpler than facing the music, taking responsibility and finding words for difficult feelings."

A gender-based difference with no-warning divorces is common, according to Ammanda Major, head of clinical practice at UK relationship counselling service Relate. She says men sometimes leave having never shared their thoughts with their partner for fear of the emotional upset it will cause. They will have the conversation with themselves until they reach breaking point.

"The abandoned partner may well say they never knew. But in some cases there was nothing to know because nothing was said, the rituals of family life were adhered to and the physical side of their relationship didn't change."

Tom* had been with his wife Nicky* for 10 years and married for 18 months when he walked out on her and her 16-year-old daughter. One night, Tom went to a friend's house after work and phoned Nicky to say, "When you get home I won't be there and I'm really sorry, but I just can't do this any more. I've moved out."

Nicky had no idea this was coming. The marriage had been Tom's idea. He admits that there were always issues – "the missing part of the jigsaw" – that he thought marriage would sort. Instead, it only exacerbated their differences and he became increasingly afraid of his wife's angry outbursts.

"We often argued, but with a busy life you skirt around the key issues; the most important things are ignored." He describes their marriage as "hollow", lacking any intimacy.

"At the time I had this complete sense of dread and helplessness, of powerlessness, that there was nothing to live for," he says. "I felt I was suffocating and I kept thinking, 'How did I get myself into this situation? It's impossible to get out of.' "

Tom never mentioned his unhappiness to his wife. He felt he could deal with it – until it became too much and he saw leaving as the only solution. He didn't discuss the decision with Nicky: "Women can talk you around. In a weaker moment, I would have been shoehorned back in."

Ammanda Major points out that when it's the woman who's unhappy, she usually says that she has attempted to talk to her partner about the relationship, but none of it hits home. "Then the crunch time comes, when she says she's been telling him for years and he replies, 'I didn't think you meant it.' "

What Sarah* remembers most about walking out of her family home was how calm she felt seeing her husband Ian* curled up on the floor crying. "I had a remarkable lack of pity for him. I thought, 'I should feel really sorry for this man, he's so broken.' But I didn't."

And it was Sarah, not Ian, who had been unfaithful. He was, she admits, a caring, attentive father whose successful law practice allowed her to work part-time after their children were born. Weekends were packed with ferrying two young daughters between music and ballet lessons and raucous dinner parties with friends.

Yet "crazy joy" is what Sarah felt on leaving her husband and their seemingly perfect married life. She uses strong words – relief, freedom, euphoria – and says it's the best decision she has ever made.

For Ian, it came out of the blue – and hit hard. He couldn't sleep or eat, it affected his work, and he only managed to function again with the help of counselling and friends. What is especially confusing is that both he and his former wife are articulate and people-oriented; popular at work and the school gate; described as warm and understanding by their friends.

Sarah points to the equilibrium of their relationship changing after their daughters were born, and feeling marginalised by Ian putting them first. She says he became very controlling and she grew increasingly frightened of him. They started avoiding each other, and surrounding themselves with friends and family at weekends.

"In retrospect I didn't say as much to Ian about being unhappy as I should have," says Sarah. "I had tried, but he was very difficult to talk to and very confident in his own views, and I wasn't. He knew I was going to marriage-guidance counselling but it was as if I was talking rubbish.

"He believed we were married for ever. He didn't believe me until I literally said, 'I'm going.'"

Of course, many of these sudden "heart attack" endings that seemingly come out of nowhere are actually years in the making.

Research shows that successful relationships are not based on how few arguments you engage in but the number of positive interactions you have with your partner each day. Boosting intimacy is more important for relationship satisfaction than avoiding conflict.

For Emma and her husband, avoiding disagreements may have stopped them arguing in front of their family on Christmas Day, but it didn't make their marriage last. Emma can now see just how much effort she and her ex-husband put into dodging the lie they were living: hiding behind their laptops in different rooms at home; organising their work around childcare and not around being together; socialising in a group, never as a couple.

"He said to me, 'You'll be relieved that I've done this,' and 15 years on, I am. If he was unhappy and I couldn't see it, we'd still be together and feeling like that. I much prefer my life now."

* Names have been changed.

They got together when a drunk Channing turned up at the door of Jenna’s hotel room in a sombrero, undies and uggs. 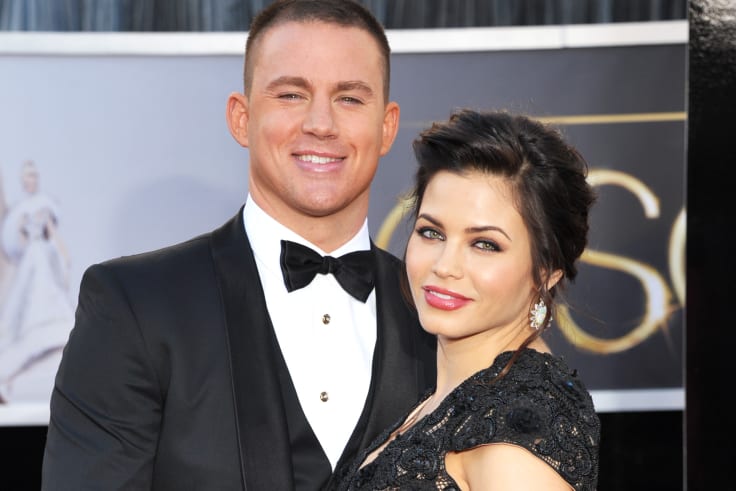 Why the split? Jen’s friends say Justin refused to give up his bachelor lifestyle and continued to flirt with other women.

Married 15 years, one child The popular KIIS FM radio host shocked listeners when she announced on air her separation from her photographer husband. 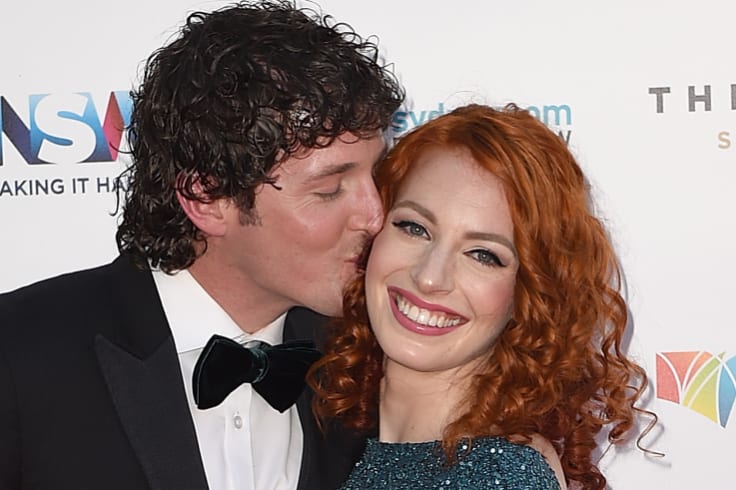 This article appears in Sunday Life magazine within the Sun-Herald and the Sunday Age on sale November 18.