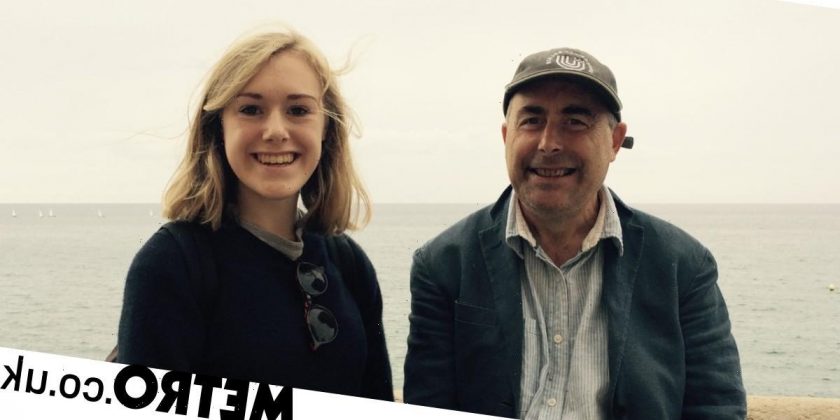 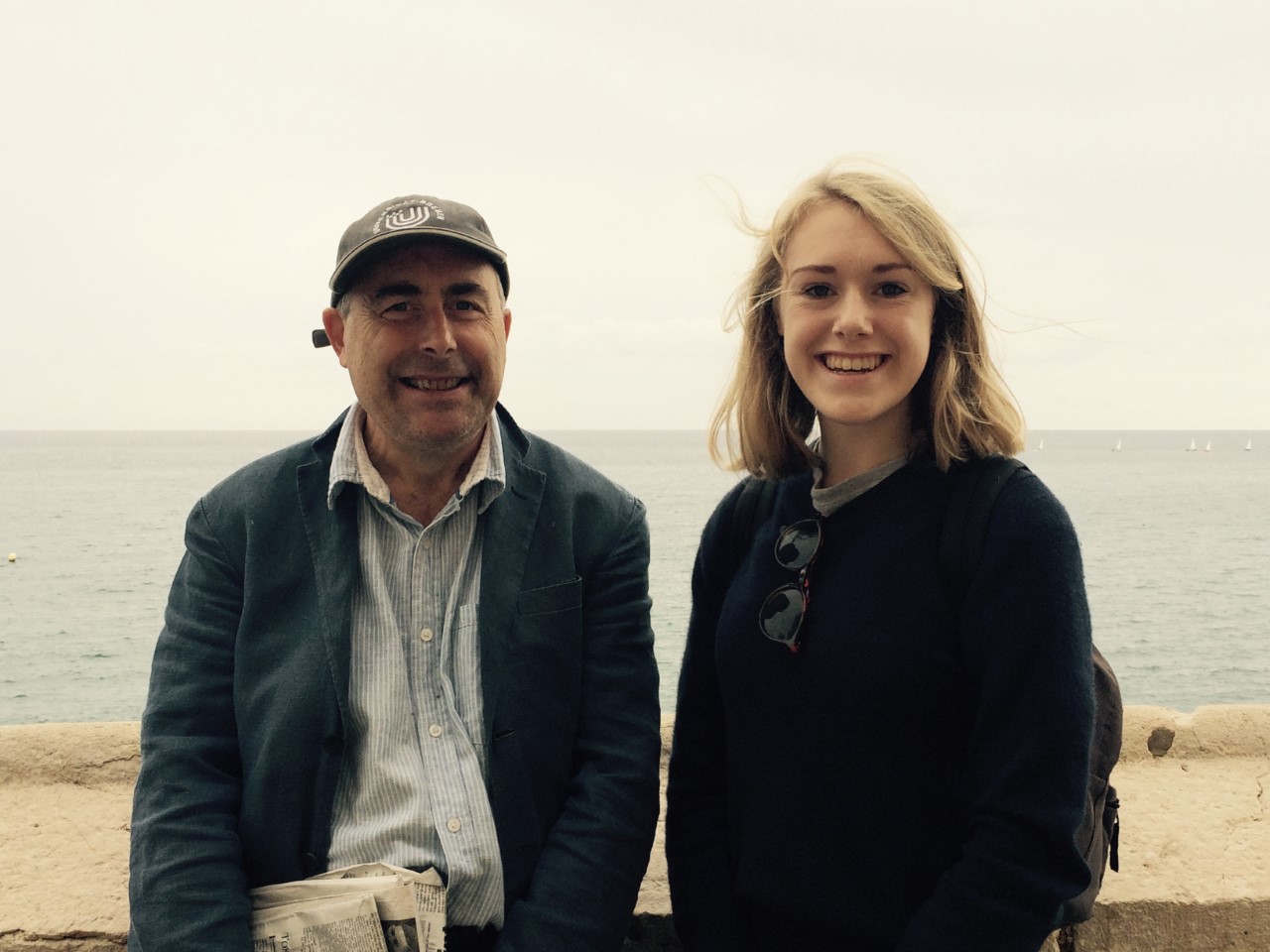 At my mum’s funeral, I remember me and my dad catching each other’s eye and suppressing laughter.

We’d both spotted the eight-year-old son of a friend trying to surreptitiously make his way back to his seat after briefly leaving the service to use the bathroom.

But the image of him bobbing like a meerkat through the overcrowded room as he cast around for his mum juxtaposed the seriousness of the ceremony in the most comical of ways.

We tried to compose ourselves so as not to further disrupt the service. But no one seemed bothered by our hysteria. Only when you’re the closest in attendance to the person who has died can you get away with giggling at a funeral.

This ability to crack each other up sums up my relationship with my dad for the first 17 years of my life. He was the fun dad who I played sports with, who encouraged my competitiveness to come out when playing board games, then joined forces with my older sister to tease me when I was losing.

I grew up in a nuclear family: two parents, with me and my sister making up the symmetrical four. On reflection, I never spent much time alone with my dad until this dynamic was shattered.

Me and my mum were close, and along with my sister, we’d spend weekends going into the countryside or baking together. My dad was often there too, reading the newspaper and listening to the radio simultaneously, too caught up in his own world of football fixtures to take part in our conversation.

His presence was a constant, but me and him never took the opportunity to have deeper chats like he and my mum would.

But when I was 17, my mum was given a terminal diagnosis after years of cancer treatment. When she died six weeks later, I became the almost-adult daughter of a single dad.

My sister still lived with us, but she was planning to move out within a few months. It was me and my dad who forged an unspoken agreement to join forces against the world.

For the first weeks after my mum’s death, we spent countless hours together as we figured out how on earth to run our household without my mum. She had been the central figure around whom we all orbited, and without her, we were drifting.

Tea wouldn’t make its way onto the table unless someone planned what to cook and bought ingredients. Laundry wouldn’t be clean and dry and ironed unless the clothes had already been washed the night before.

It wasn’t that my dad had barely lifted a finger when my mum was alive – in contrast, he contributed a lot to household and admin tasks. But my mum had been the one who coordinated the intricacies of our everyday lives, and now we had to navigate running our household without her while coping with our grief.

During this process, my dad needed me as much as I needed him, and this was the glue that bound us together in the aftermath of my mum’s death.

But just because two people are grieving the same person, it doesn’t mean they will react in the same way. I wanted to bottle up my emotions; he wanted to talk about my mum with anyone who would listen.

Sometimes I’d get angry at him without identifying why, only knowing that I was triggered by the mere mention of the words ‘cancer’ and ‘dead’ in the same sentence.

But he was still the closest person who could understand emotions I didn’t understand myself. When I would start sobbing out of nowhere after weeks of feeling fine, he would simply hug me without asking for an explanation.

As weeks turned into months and then years, we became more and more inseparable. We went on nights out together, met for holidays in new countries and had countless domestic tiffs that ended in uproarious laughter whenever I came to visit him at home.

But when people call me a ‘Daddy’s girl’ because I mention being close to my dad, I don’t resonate with the phrase at all. I don’t feel like his ‘little princess’ – in fact, I feel as responsible for him as he is for me.

I often call him for a quick chat that stretches into the evening, as we discuss the latest updates on the lives of everyone we know. We also talk about our own love lives openly and readily ask one another for advice – something I never could have imagined doing when I was a teenager.

Because our culture predominantly depicts mothers handing down words of wisdom to their daughters, I’d always presumed I’d do the same when my problems transitioned from schoolyard stresses into dating dramas. But without my mum to turn to, it felt natural to share the weight of each heartbreak I experienced with the person I was closest to.

When I finished university, I moved in with my dad for six months, which stretched to a year when lockdown hit.

The relationship I’m most thankful for was born out of grief, and with that comes a twisted guilt

We spent those first few disorientating weeks together, reading the news updates and disparaging the Government. We’d play the same board games over and over and ferociously keep track of who won, then watch TV together and cringe at the awkwardness of watching Normal People’s steamy sex scenes with your family.

When I eventually moved out and settled in a different country, I took with me a heavy guilt that I’d left him living on his own – and after travel restrictions eased, I began trying to meet up with him every few months to compensate.

Recently, I got my second tattoo – a small forget-me-not on my ankle – as a reminder of those lockdown weeks when we would sit in our garden, drenched by a sea of overflowing blue flowers that were so out of control they almost hid us from the world.

I showed it to my dad during a family Zoom call and got a glimpse of his parental side as he indignantly called me by my full name and asked what on earth I was thinking by permanently defacing my body.

‘But Dad, why are you shocked?’ I asked him. ‘I already have one tattoo. You’ve seen it before!’

Me and my sister cracked up at our dad’s ability to forget basic facts about our lives, before I semi-sternly reminded him that I was 24 and able to make my own decisions.

The dynamic had been reasserted. Neither of us was the parent and neither the child – we were just two equals trying to make our way through life together.

Nearly seven years after my mum’s death, I can’t imagine my family structure being any other way.

The relationship I’m most thankful for was born out of grief, and with that comes a twisted guilt.

Of course I wish my mum was still here, but the bond I have with my dad? I don’t know if I could imagine my life without it.