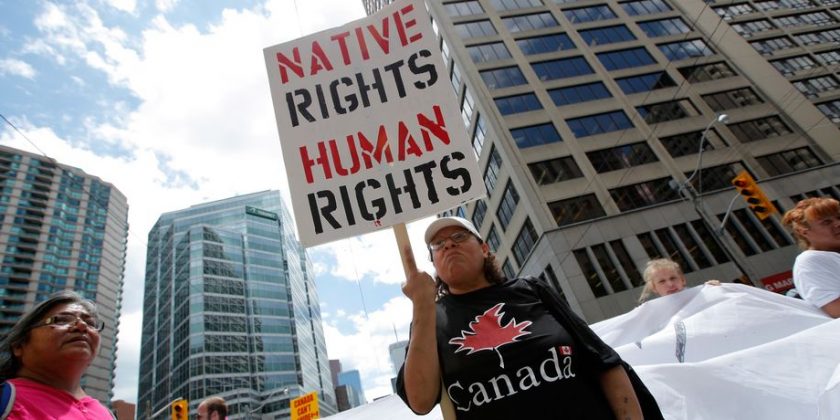 Human rights groups are banding together in Canada to call for the end of the coerced sterilization of indigenous women, reports The Guardian. A class-action lawsuit against health officials aims to seek compensation for the violation of the rights of at least 60 women in the province of Saskatchewan.

Although the lawsuit has yet to be approved by a judge, Amnesty International plans to lobby the U.N. committee against torture to pressure the Canadian government into banning the procedure that is said to violate medical ethics and the law. According to the organization, indigenous women have reported having their fallopian tubes tied, burned, or cut in public hospitals despite not giving clear consent to the procedure. Other women have reported receiving threats if they refused the procedure.

Jacqueline Hansen, from Amnesty International, outlined the main objective of the lawsuit.

“Ultimately, this is about women who are supposed to have the right to make decisions about their bodies, having that right taken away from them.”

The use of coerced sterilization came to light in 2015 after four women in Saskatchewan spoke out about their experiences. At the time, an investigation resulted in an apology from the province’s health authority and a promise that new regulations would be implemented regarding fallopian tube ligations.

Despite the new criteria, reports show that women have complained about the coercion even into 2017.

Alisa Lombard, a lawyer representing the women, commented to The Guardian.

“These women and their communities have suffered. They have suffered. And they are entitled to restitution as they essentially re-live their trauma.”

Jane Philpott, minister of indigenous services, also spoke about the issue, calling it “horrifying” and “a very serious violation of human rights.”

Senator Yvonne Boyer, an indigenous lawyer, is well aware of the problem and believes that it is not unique to Saskatchewan.

The coerced sterilization accusations are not unique to Canada. Amnesty International has investigated similar claims in Mexico, Chile, and Peru. Hansen commented that the forced sterilization is done for a specific reason and is linked to policies designed to prevent a certain group of people from reproducing.

“I think the genesis of this, and of treatment of people across the board, is really rooted in racism. I think we have to call it what it is.”