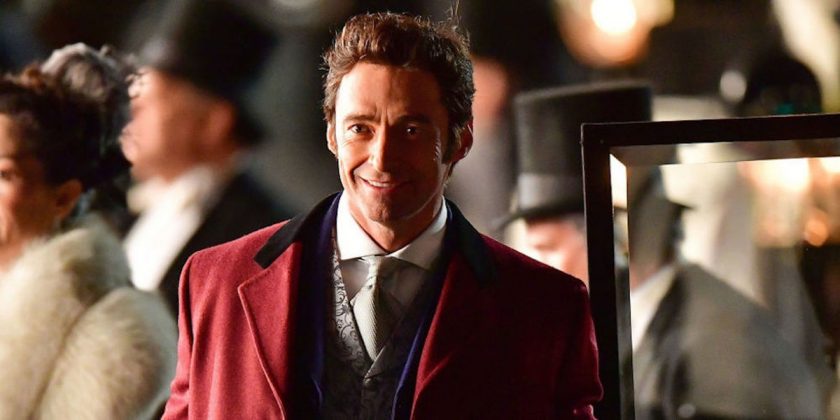 If you are one of the many people who love The Greatest Showman, well, you’re in for a treat. Hugh Jackman’s new one man show will bring The Greatest Showman live to a city, hopefully, near you next year. Clearly, this concert tour is just another way the actor formerly known as Wolverine proving he is, in fact, the greatest showman of our time.

On Thursday morning (Nov. 29), Jackman announced the upcoming tour on Instagram and Twitter. "The Man. The Music. The Show," the poster for the 2019 world tour states. The show will be Jackman live and in person singing some of your favorite songs from his movies like last year’s The Greatest Showman and 2012’s Les Misérables, where he played Jean Valjean. Accompanied by a live orchestra, he’ll also perform other hits from Broadway and film. As of now, the official set list for the show hasn’t been released, but it’s safe to say fans won’t be disappointed.

Though, as Jackman joked in an interview with Today, this tour unfortunately won’t give fans Wolverine: The Musical, but it will give him a chance to live out a lifelong dream of traveling across the world with his one-man show accompanied by a 26-piece orchestra and 30 singers and dancers. So, don’t worry, Jackman won’t be lonely up there.

"I’ve done it in Australia," he said about the one-man show, which he also performed on Broadway and in L.A. to help raise money for the Motion Picture and Television Fund. "But I’m now going to go around the world. I’m going to cities all over America. We’re going to Europe, we’re going to the U.K. We’re going back to Australia and New Zealand," he said. "I’m singing, I’m dancing, I’m telling stories." Honestly, what else could you want from the guy?

Maybe, the full list of Jackman’s tour dates, which are up on his website. The tour kicks off in Germany on May 13 before making its way to the States in June stopping in Houston, TX; Philadelphia, PA; Hollywood; and New York City for two shows at Madison Square Garden.

His first stop, though, will be the Today Show on Dec. 4. "Bucket list time!" he wrote on Instagram. "Performing live on the plaza" in Rockefeller Center as part of the show’s concert series. "I literally can’t believe on December 4 I’m going to be here at this time, at 8 o’clock in the morning, performing two songs from my upcoming show in Rockefeller Plaza in front of the tree," he said in a delightfully low-key Instagram video from the Plaza. "There will be no ice skating, don’t worry about that." Let’s be honest, though, Jackman on skates would have been a nice festive touch to his performance.

Jackman is clearly no stranger to the stage. He previously starred in the jukebox musical The Boy From Oz, based on the life of Australian singer/songwriter Peter Allen. And promises those songs, which won him a Tony for Best Actor in 2004, will be part of his set, as will songs from shows he tried out for but didn’t get. It seems as if Jackman is ready to spill the tea. "I’m on the back nine of my life now," he said on Today, throwing in a very dad-like golf metaphor. "And this is about the front nine. The best parts of the front nine."

Jackman’s tour is clearly a celebration of his career so far and fans will get a chance to celebrate right along with him. Hopefully, sitting in the first couple of rows.