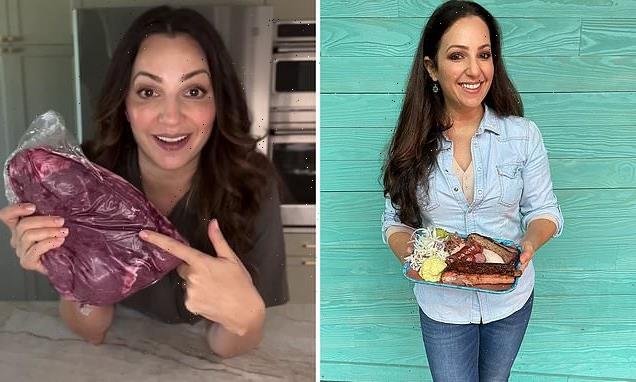 An Australian meat science graduate has revealed that trusting your nose and detecting a ‘tangy and sour’ scent is the main clue that your meat has ‘gone off’ and isn’t safe to eat.

Jess Pryles, who was born in Australia but now lives in Texas, is passionate about food safety and preparing meat to produce delicious BBQ and home cooked meals.

‘You can’t really tell whether meat has gone off by the colour – but you can tell by the smell,’ she said, before clarifying that the tactic changed slightly for vacuum sealed cuts.

‘Vacuum sealed meat can have a really sour smell when it first comes out of the bag,’ she said. ‘But when you leave them out in fresh air for ten minutes, they smell much fresher and are safe to eat.’ 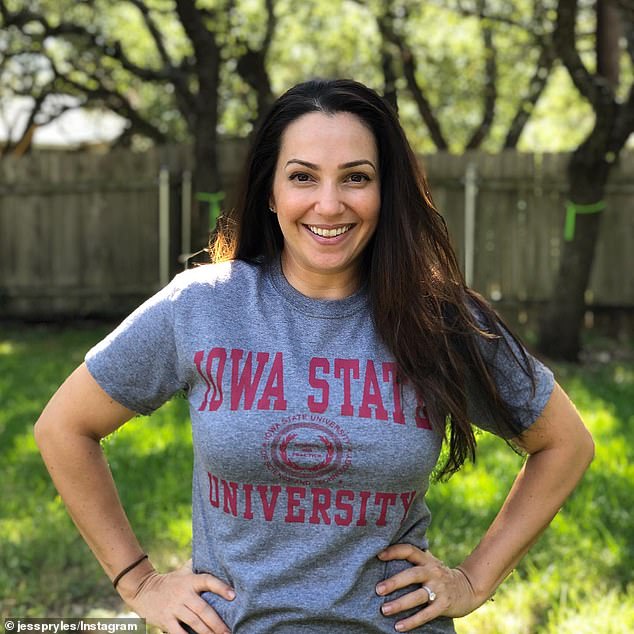 She also said that if you open a package of meat and are not too sure if it’s gone off, it’s probably safe.

‘It’s really easy to tell if meat is past its expiry – if you smell it and you’re wondering what just died in there, that’s obviously not good.’

Jess explained that meat’s smell stems from its exposure to oxygen.

Meat can be stored for up to 12 months frozen.

We need to be mindful because there is bacteria. If you freeze it before the used by date you will have a lot more time.

According to Food Safety, raw ground meats, all poultry, seafood, and variety meats can be stored in the fridge for one to two days.

Raw roasts, steaks, and chops (beef, veal, lamb, and pork) are okay in the fridge for three to five days.

Cooked meat, poultry, and seafood can be stored in the refrigerator for three to four days.

HOW DO YOU STORE MEAT SAFELY?

* If you have a microwave, you can thaw the meat in the microwave just before you want to cook it

* Mince, fish, chicken, sausages, hamburgers and rolled roasts must be well-cooked all the way through – no pink

‘As meat is exposed to oxygen, it starts developing rancidity – which is a bad smell,’ she said.

She added, ‘It’s normal for meat to have a little bit of a scent – but if it’s rotten, you will know about it.’ 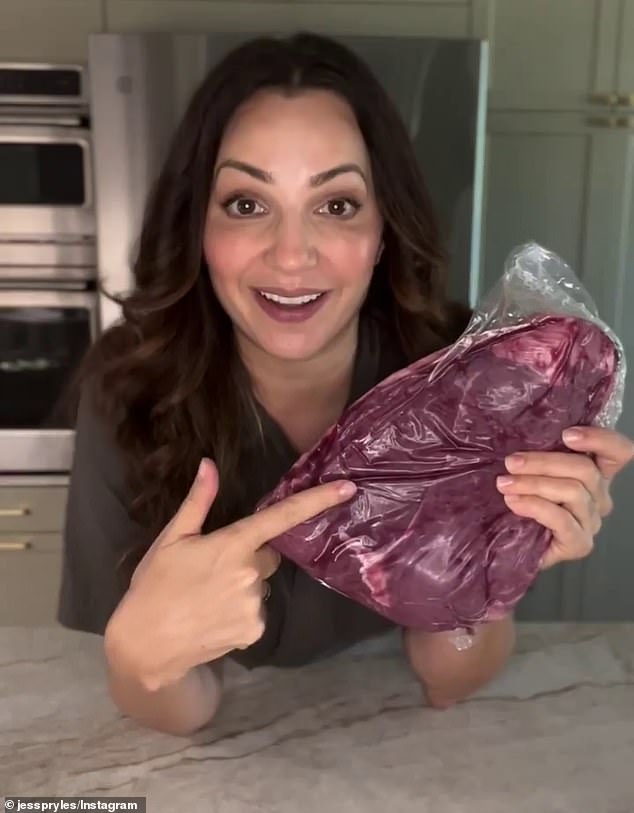 Jess said that while it was normal for meat to have a little bit of a scent, it would be easy to tell if it had gone rotten because of how rancid it would smell

The advice surprised thousands who were shocked to find out their ‘sniff’ method was accurate.

‘I always use the sniff test,’ one man said. ‘I believe it was Britain that recently did away with the ‘best by’ date on milk as well, instead they want you to use your nose … it always knows!’

‘I feel like this is especially true with pork,’ added another. ‘There is a particular smell to a vacuum-packed cut – and sure enough about fifteen minutes later, it’s dissipated.’