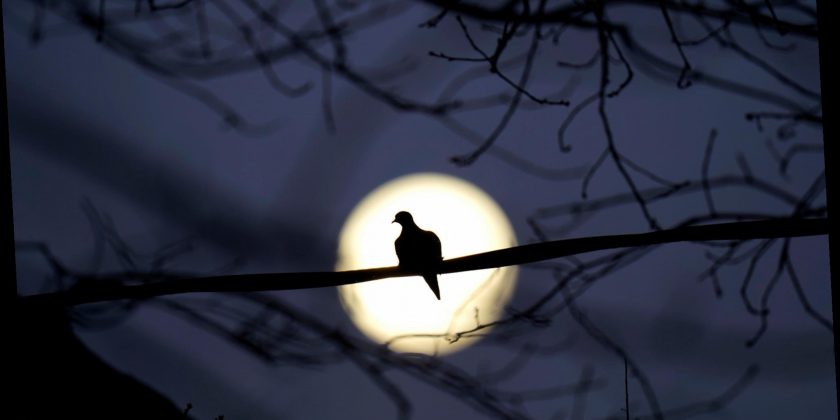 The end of a truly terrible 2020 isn’t the only thing to be over the moon about this week.

Tonight, intergalactic gawkers can catch a glimpse of the Cold Moon — the last celestial event of the year.

Astrologer Lisa Stardust predicts that the full moon will be a “huge release for us all,” following an apocalyptic 365 days that’ve seen everything from a global pandemic to an Asian Hornet invasion.

As a service to stargazers, we’ve compiled a handy guide detailing everything you need to know about this rare lunar phenomenon.

What is a Cold Moon?

The Cold Moon is notable for its distinctive high trajectory across the sky, which results in the moon appearing over the horizon for a longer period of time than your standard full moon, according to the “Old Farmer’s Almanac.”

According to NASA, this particular moon “will be in the sky for a total of 15 hours 27 minutes, with 14 hours 31 minutes of this when the Sun is down, making Tuesday evening into Wednesday morning, Dec. 29 to Dec. 30, 2020, the longest full Moon night of the year.”

The Cold Moon’s name is derived from a Mohawk expression describing the frigid December conditions in which the interstellar finale typically occurs, according to the “Old Farmer’s Almanac.” Other terms referencing the cold include Drift Clearing Moon (Cree), Frost Exploding Trees Moon (Cree), Moon of the Popping Trees (Oglala), Hoar Frost Moon (Cree), Snow Moon (Haida, Cherokee), and Winter Maker Moon (Western Abenaki). It’s also known as the Cancer Moon because this year’s event coincides with the fourth zodiac sign, which is seen as a harbinger of healing.

Perhaps the most fitting moniker is the Long Night Moon (Mohican), as the Cold Moon rises during one of the “longest” nights of the year around the winter solstice.

Meanwhile, pagans in ancient Europe called the lunar event the “Moon Before Yule,” in honor of the Yuletide festival celebrating the return of longer days.

When and where can I see this year’s Cold Moon?

This year’s Cold Moon achieves peak illumination on Tuesday, Dec. 29, 2020, at 10:30 p.m. EST, which means New York-based skywatchers should start looking for it just before sunset as the moon begins to peer over the horizon. Non-East Coasters can determine the exact time it will appear in their area by consulting the Moonrise Calculator in the “Old Farmer’s Almanac.”

In astrology circles, the Cancer Moon “signals that we will be able to go after what we value and initiate a new beginning following a period of life-altering experiences that have led to healing,” Well + Good reported. “This full moon, in particular, provides for the opportunity to heal the challenges and old wounds that have resurfaced during the year.”

Here’s hoping this intergalactic diuretic will rinse away the bitter taste of 2020 so we can begin anew.

When is the next full moon?